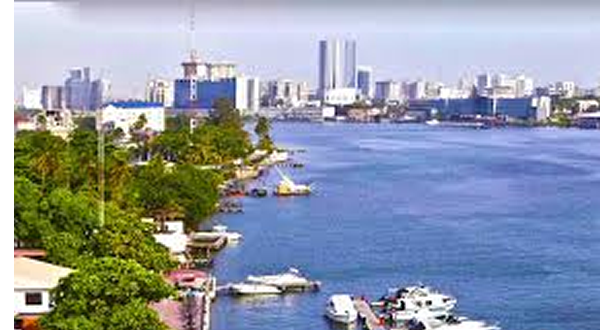 The Lagos State House of Assembly on Monday passed a Bill for a Law to Provide for the Establishment of the Lagos State Tourism Promotion Agency and for Connected Purposes.
The bill, sponsored by 13 lawmakers, was read for the third time on the floor of the House before passage.
The Agency was aimed at promoting the state’s tourism industry to
achieve the international best practices in the delivery of tourism
products and services.
The House passed the bill after the Speaker of the House, Rt. Hon. Mudashiru Obasa after conducted a voice vote conducted on the 54-section bill.
Obasa directed the Clerk of the House, Mr Azeez Sanni to forward a
clean copy of the bill to Gov. Akinwunmi Ambode of the state for
assent.
Earlier, the Majority Leader of the House, Hon. Sanai Agunbiade moved the motion for the bill to be read for the third time and seconded by Hon. Yinka Ogundimu (APC-Agege II).
According to the bill, the Agency shall be a body corporate with
perpetual succession and a common seal and shall have the powers to sue and be sued in its corporate name.
The objective of the law includes: “to promote, market and develop
the state domestically and internationally as a major tourist
destination by highlighting its uniqueness and assisting the
development of its tourism products and services.
“Develop and promote the state as a premier travel and tourist
destination; attract and increase tourist arrivals and direct tourism
investment and identify and develop potential tourism destination in
the state.
“Maximise the economic and social benefits of tourism; encourage and promote improved standards of tourist establishments, facilities,
attractions and services offered to tourists.
“Enhance revenue generation for the state in the tourism sector;
increase employment opportunity in the tourism sector and encourage active Public Private Partnership in the development of tourism.’’
According to the bill, the Agency will advise private organisations,
state and local government on matters relating to tourism.
The Agency was also to formulate and implement campaigns and other strategies to promote the state locally and internationally as a major tourist destination.
It was also to facilitate the creation of investment opportunities
for tourism development by focusing on beach and leisure, culture and heritage, arts and entertainment, nature and adventure, wellness and medical tourism among others.
The bill also spelt out the composition of the Agency Governing Board, term of office, remuneration and allowances, cessation of office of members of the board, meetings, quorum, powers of the board among other things.
Meanwhile, the House commiserated with the people of Epe and the state on the demise of Oba Okunola Adesanya, the Alara of Ilara.
Hon. Segun Olulade (APC-Epe II) raised the matter of the death of the traditional ruler under matter of public urgent importance on the floor and supported by Mr Abiodun Tobun (APC-Epe II)
The duo, who hailed the traditional ruler for his contributions toward
the development of the state, urged the House to condole with the
family of the late Oba.
Obasa, therefore directed the clerk of the House, to write a letter of
condolence to the family of Alara of Ilara.