Lagos Assembly Passes Bill On Use of Yoruba Language Into Law 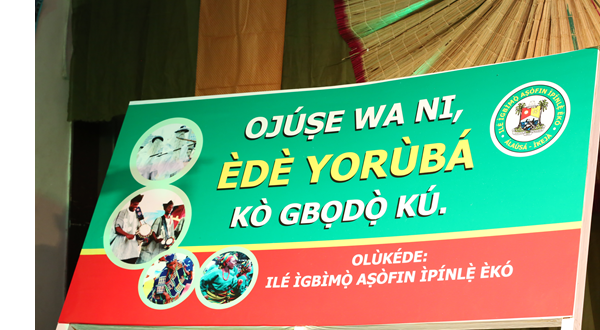 Lagos Assembly Passes Bill On Use of Yoruba Language Into Law

The Lagos State House of Assembly has passed into law a Bill to promote the use of Yoruba Language in Lagos schools.

The Bill is entitled, “A Bill for a Law To Provide for the Preservation and Promotion of the Use of Yoruba Language and for Connected purposes.”

Speaking on the Bill, which passed through the third reading on Thursday during plenary, the Speaker of the House, Rt. Hon. Mudashiru Obasa directed the Clerk of the House, Mr. Sanni Azeez to pass it to Governor Akinwunmi Ambode of the state for his assent.

According to the Bill, it would be compulsory for all primary and secondary schools in the state to include teaching of Yoruba Language as a core subject at all levels.

The bill also provides that all the laws in the state would be translated into Yoruba Language.

Moreso, all state- owned tertiary institutions are to incorporate the use of Yoruba Language in the General Studies (GNS) courses.

It reads in part; “The use of Yoruba Language shall be an acceptable means of communication between individuals, establishment, corporate entities and government in the state if so desired by the concerned.

“It shall not be an offence for a person to speak Yoruba Language by the state government.”

It was added that any school that fails to comply with the provisions of Section 2 of the law commits an offence and is liable on first violation to issuance of warning and on subsequent violation be closed down and also pay a fine of N500,000.
Also, the acting Chairman, Committee on Education, Hon. Olanrewaju Ogunyemi had recently told journalists in an interview that the Lagos State House of Assembly is passionate about Yoruba Language, which is why it adopted the language for plenary on Thursdays.

According to him, “the National Policy on Education provides that the language of an environment should be spoken in schools, which is why Yoruba Language is being adopted in Lagos schools.

“After the passage, it is now incumbent on all stakeholders to ensure that everyone is allowed to speak Yoruba Language. We want to preserve the language for generations yet unborn.”