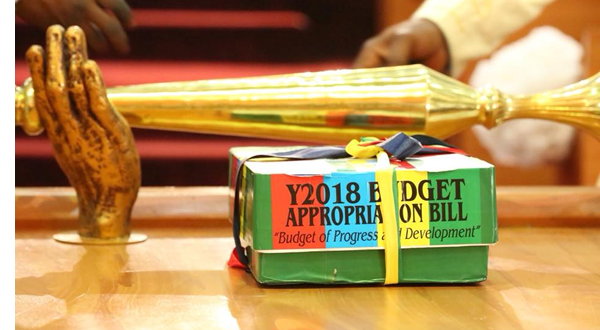 The Lagos State House of Assembly has passed the state’s 2018 Appropriation bill of N1, 046 trillion into law.

This followed the adoption of the report and recommendations of the House Adhoc Committee on Budget and Economic Planning, headed by Hon. Gbolahan Yishawu as the resolution of the House.

While presenting the committee report, Yishawu said that effort should be made to reduce total overhead cost of the state.

The lawmakers, who commended the ad hoc committee for a job well done, however called for quick modification of the Private-Public Partnership (PPP) policy of the state government.

The Acting Chairman, House Committee on Physical Planning and Urban Development, Hon. Setonji David said: “There are so many arrangement going on in PPP that the House does not know about.”

The Deputy Majority Leader, Hon. Muyiwa Jimoh said that PPP should be on its own and should not operate under any ministry.

The Speaker of the House, Rt. Hon. Mudashiru Obasa also commended Hon Yishawu and members of the committee for its thorough scrutiny of the budget within a short time frame.

The House passed the appropriation bill after the Speaker, Rt. Hon. Mudashiru Obasa conducted a voice vote on each of the sectorial allocations for Ministries, Departments and Agencies.

Obasa directed the Acting Clerk of the House, Mr Azeez Sanni to send a clean copy of the bill to Gov. Akinwnmi Ambode for his assent.

It will be recalled that Governor Akinwunmi Ambode on Dec. 11, 2017 presented the proposed “Budget of Progress and Development’’ to the Assembly.