The Lagos State House of Assembly has passed into law a bill to establish the Lagos State Public Complaints and Anti-Corruption Commission and for connected purposes.

The bill was passed into law on Tuesday after the third reading of the bill by the house and a consequent voice vote. 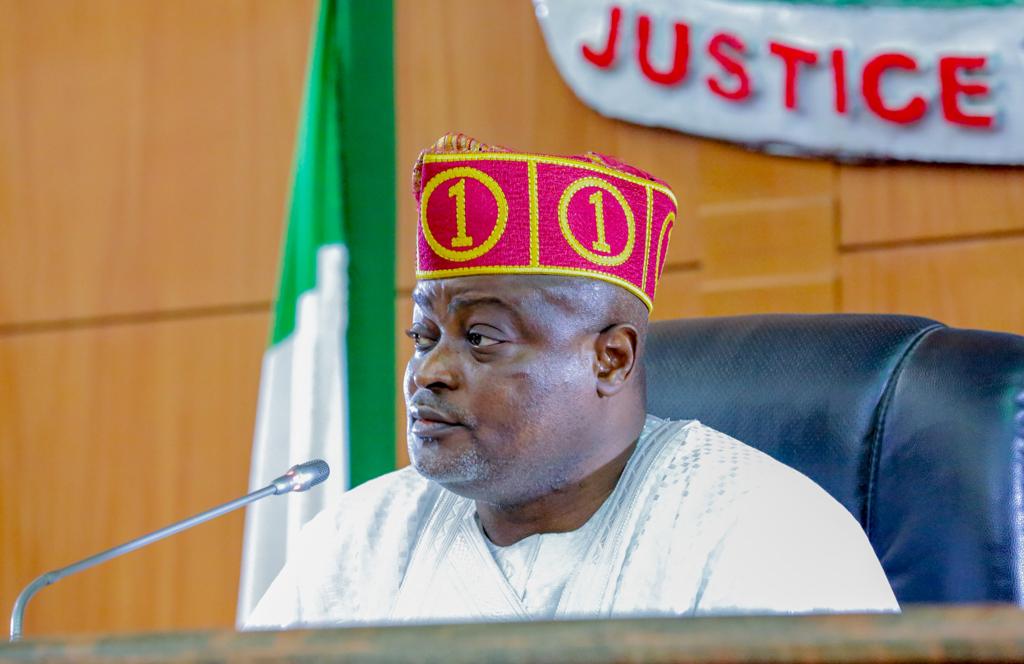 The Speaker of the House, Rt. Hon. Mudashiru Obasa then directed the Clerk, Barrister Olalekan Onafeko to forward a clean copy of the bill to Mr Governor Babajide Sanwo-Olu for his assent.

Earlier a bill for a law to regulate real estate transactions in Lagos State and for other connected purposes, sailed through second reading as the Speaker committed it to the House Committee on Housing to report back in two weeks.

The lawmakers took turns to contribute to the matter. Blazing the trail, Hon. Adedamola Kasunmu, Ikeja 2 noted that the bill will redress the anomalies cited in the real estate business.

This bill seeks to redress the anomalies of real estate and consultancy services amongst other issues that ought to be looked into in the real estate business.

It will also see to the valuation of real estate assets, prevent the breakdown of law observed among the realtors, real estate manager and others.

It makes recommendation of policies that influence better deal in the lands bureau, New Town Development Authority NTDA and others, it will also enhance the Internally Generated Revenue (IGR) of the state.

Hon. Kehinde Joseph, Alimosho 2 in his contribution noted that the bill would help streamline the activities of the real estate agents.

He also cited the likely conflict that might arise with the job specification of the Special Adviser to the Governor on Housing.

Hon. Ibraheem Layorde, Badagry 1 however, hinted that most of the agencies collecting fees are not making returns to government coffers.

He added that the bill when assented to, will aid speedy dispensation of justice on issues that arise in the real estate business.

Hon Bisi Yusuff, Alimosho 1, who chairs the House Committee on Housing, who also lent a voice to the matter, affirmed that the bill was long overdue owing to the prevalence of anomalies in the real estate transactions.

“There are quack agents collecting rent for owners, yet make no returns nor commit money to those they claim to represent.

“The Dubai experience and data base that affirms the genuineness of transaction is in view,” he said.

He however, pleaded for a review of the proviso in section 2 of the bill that deals with the establishment and composition of the board, citing the need to reduce to 10 years the 15 years cognate experience requirement for the chairman of the board.

Hon. David Setonji, Badagry 2 was more concerned about the involvement of professional engineers, especially the registered Civil Engineers as he said that the matter deals with housing and certified engineers, who he said must hold the sanctity of the professional body they belong with fear.

The Majority Leader of the House, Hon. Sanai Agunbiade, in his contribution opined that on perceived abandoned buildings or uncompleted ones, the owners needed to be contacted before action is taken.

“I am of the opinion that certain buildings are not really abandoned, the period need be stated, the penal section need be put in proper perspective.

Speaker Obasa however, stated that he had no doubt that the bill was a very good one.

“It stands to cure the challenges faced by our people in Lagos.

“It also gives an opportunity to attract foreign investors and having proper regulation makes it attractive, and safe for business.

“This bill is hereby committed to the committee on housing to report back in two weeks,” he said.

The House then adjourned sitting to Tuesday 15th December at noon.