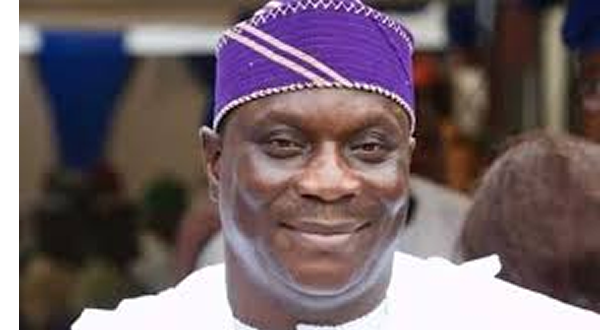 Members of the Lagos State House of Assembly on Tuesday paid tribute to the Late Hon. Ademola Kazeem Alimi, a two-term member who represented Eti-Osa Constituency I.
The Majority Leader, Hon. Sanai Agunbiade who moved the motion to formally inform the members of the demise of their colleague described Late Hon. Alimi as a reserved and a dedicated Member. It would be recalled that the House was on recess when the incident occurred. Alimi died on Tuesday July 18th two weeks after his 50th birthday.
“With sense of grieve, I wish to formally inform this House that Lagos Assembly lost one of its dedicated members, Late Hon. Ademola Kazeem Alimi who until his death was a dedicated member, punctual and a reserved fellow. I wish his soul rest in perfect peace” He said
Hon. Omotayo Oduntan who had known him as a quiet fellow stated that “ It was a sad thing, my only consolation is that during his burial, his constituents spoke well about him and what he had done to them. I commiserate with his family, his constituency and Lagos State Assembly.”
“He was a dedicated member, a very religious man and a committed family man who lived for public good. He was always smiling which shows he cared for everybody. He touched lives in a unique way; it’s unfortunate that good people die young”. Hon Segun Olulade Stated.

Hon. Tunde Braimoh stated that his demise was an ominous one and very unfortunate. He suggested that “we must see what we can do to assist his immediate family both officially and personally”.
In addition, the Speaker, Rt. Hon. Mudashiru Obasa described the deceased as a dedicated, dutiful and loyal lawmaker.
“His demise was a painful one and difficult to believe; we remember his good deeds, he was aptly described as an embodiment of humility. In every circumstance, he always put on a smile. I pray to Almighty Allah to strengthen and give the family fortitude to bear the loss
The Speaker while also appreciating all personalities and institutions that extended their condolences to the House during its grieved period advised his colleagues on the importance of thinking about the end. He enjoined his colleagues start looking inward to adjust their relationship with God, family, friends and the society at large.
In another development, the Lagos Lawmakers has pledged their full support on the cause of the Senate to restructure the defective parts of the constitution.
The Members recalled that in the course of restructuring, Lagos State Government has been championing the call for amendment of the constitution to allow certain areas that are very defective to Lagosian whereas the National Assembly has itemised areas of the constitution to be amended but the listed items exclude some items that are pertinent and germane to the people of Lagos State.
Meanwhile, Members have moved a motion in itemizing, collecting and presenting it to the NASS since those areas are very important to the economy, safety and progress of Lagosian.