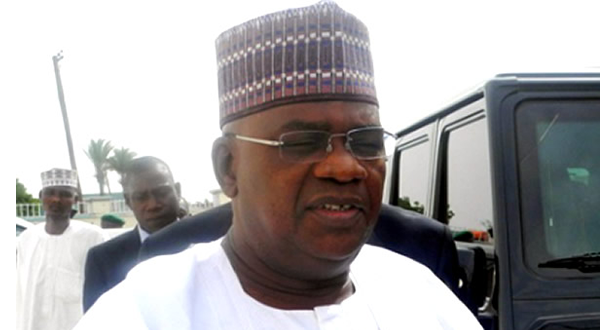 Speaker of the Lagos State House of Assembly, Rt. Hon. Mudashiru Obasa has directed the Clerk of the House, Mr. Sanni Azeez to write a protest letter to the Nigerian Senate over a comment by Danjuma Goje against the House.

Braimoh had recalled a statement made by Senator Goje on Wednesday 5th July, 2017, where he reportedly told the Minister of Power, Works and Housing, Mr. Babatunde Raji Fashola that the National Assembly was not Lagos State House of Assembly.

It will be recalled that Goje had replied Fashola over issues bothering on the budget that he should not see the National Assembly as an institution he could control the way he controlled the Lagos Assembly as governor.

Braimoh said that the matter was reported on Page 6 of The Nation Newspaper of 6 July, 2017 just as it was reported in some other newspapers the same day.

“The statement is derogatory, uncomplimentary and it is an insult on the Assembly. The constitution does not give the senate power to superintend the state assembly.

“All the newspapers reported the story and it is an uncomplimentary and disparaging as well as unparliamentary statement. The contest in which the word was used smacks of slander,” he said.

He said that the statement brings the House to public ridicule and that it makes people to feel the House is a rubber stamp, adding that Goje ought to be more civil with words with his status.

Also contributing to the issue, Hon. Rotimi Olowo said that the Lagos Assembly is an institution that people of other climes appreciate.

Olowo added that if Goje had issues with Fashola, he should sort it out rather than insulting the house.

He pointed out that the National Assembly was more rubber stamp than the Lagos State House of Assembly and that he was disappointed that such a statement could come from a serving senator.

He however, said that the house should write the Senate to reprimand the senator on the matter.

In his view, Hon. Yinka Ogundimu described the statement as provocative and that it was not enough for someone to sit somewhere and disparage the reputation the House built over the years.

Hon. Tobun Abiodun, in his comments, observed that there were certain expectations from lawmakers based on the ethics of the office.

“What he said is an insult on the leadership of the House. The Senate should suspend him and we demand an apology from them,” he said.

Other lawmakers such as the Deputy Majority Leader, Hon. Olumuyiwa Jimoh, Majority Leader of the House, Hon. Sanai Agunbiade, Hon. Desmond Elliot and Hon. Bisi Yusuf demanded an apology from the lawmaker and the senate.