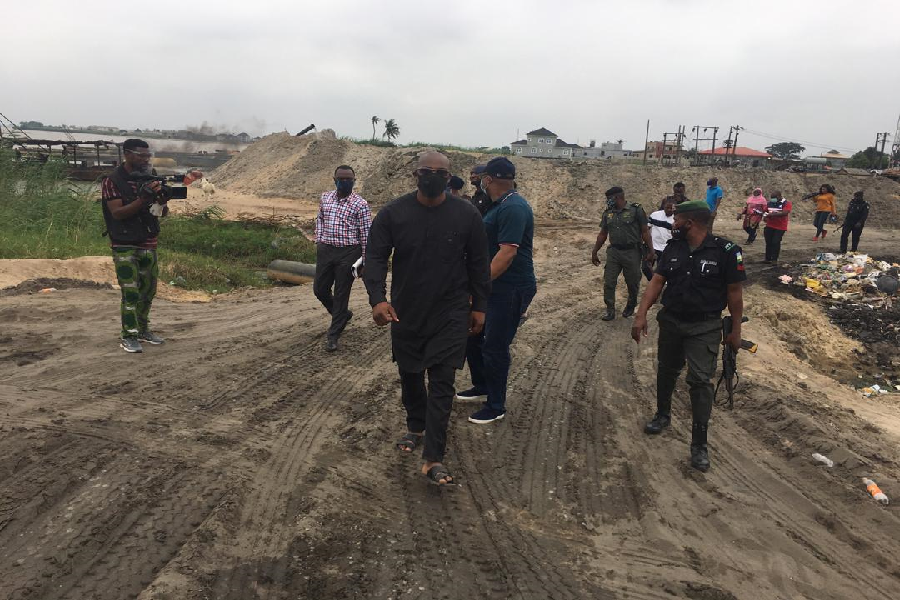 Further to the Inspection of illegal dredging activities in the State, Lagos House of Assembly’s 7-Man Ad Hoc Committee alongside officers from the ministry of Waterfront and infrastructure resumed visitation on the inland dredging areas in Lagos.

The Committee visited Ashbard Company of Oke Ira Kekere in Ajah, Ilaje Community to assess and evaluate the representation of their dredging conducts so far. 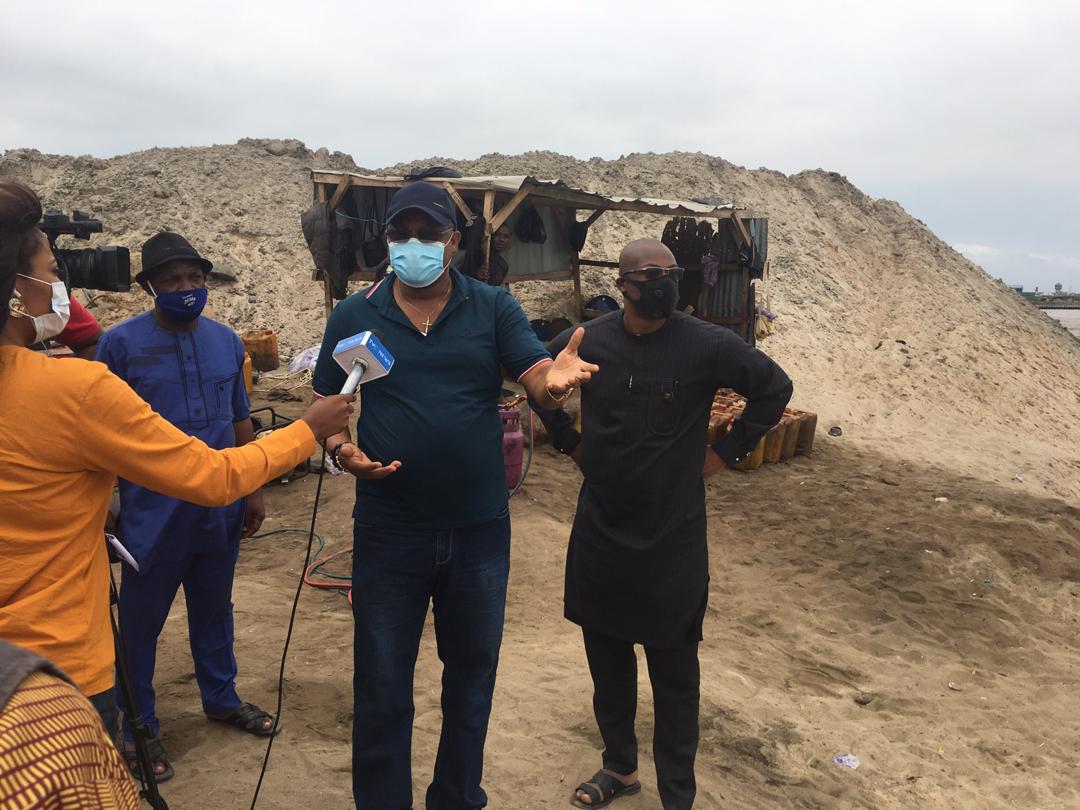 Hon. Victor Akande, Chairman of the Committee, voiced the observations of the Committee and reiterating that the recommencement of the visitation was due to the illegal activities of the dredgers which elicited many petitions from Oke Ira kekere Community to the Assembly.

He noted that the re-commencement of the visitation was due to the illegal activities of the dredgers which elicited many petitions from Oke Ira kekere Community and other areas of Lagos State to the House.

Member of the community, Mr Akeem Moruf said the dredging activities had caused damages to the roads and houses. He pleaded with the government to come to the aid of the community in finding a lasting solution to the menace.

The manager of Ashbard company, Mr Olayinka Fujah added that during the last tenure of former Governor, Mr Akinwummi Ambode, the company was awarded permit to operate in the area from 2013 till date.

He however noted that the company ha established a cordial relationship with the community.

According to Engr. Mrs. Lawal Khadijat, Chief Chemical Engineer of the Ministry of Waterfront and Infrastructure, she disclosed that Ashbard company was awarded the contract to channel Ikorodu to Badore waterways for a specific duration which had expired, however, Ashbard company has been stockpiling and engaging in illegal sand sales.

She noted further that Ajah, Ilaje site has over ten operators and only one of the operators was approved by the State Government while other operators were approved and licensed by National Inland Waterways Authority, (NIWA)

Hon. Victor Akande stated the need for accountability in the activities of the dredger, he directed the companies to furnish the Lagos Assembly with their documents and permits complex for operational activities by Thursday 6th August 2020.

Also in Ajah Ilaje community Hon. Akande confronted one of the dredgers, Mr Olamide of another dredging company
“from our findings dredgers are short changing the State,most of you did not register with Lagos state,you cannot continue to do business in Lagos and not pay the necessary taxes and dues, Lagos must generate revenue to meet up your yearnings and demands. The little you should contribute to Lagos state is not coming to the purse”.

When asked about their corporate social responsibility to the community, Mr. Olamide expressed with joy that the community can bear them witness over their role in the fixing of roads in the Ajah Ilaje axis with gravel and sand deposits, financial contribution and connecting the contractor for easy monitoring”Am assuring you before the end of this year, the roads in this area will not remain the same.

Hon. Akande charged Mr Olamide to relate to his colleagues to furnish the House of Assembly with relevant documents on Thursday.

The exercise is set to continue in the course of the week.