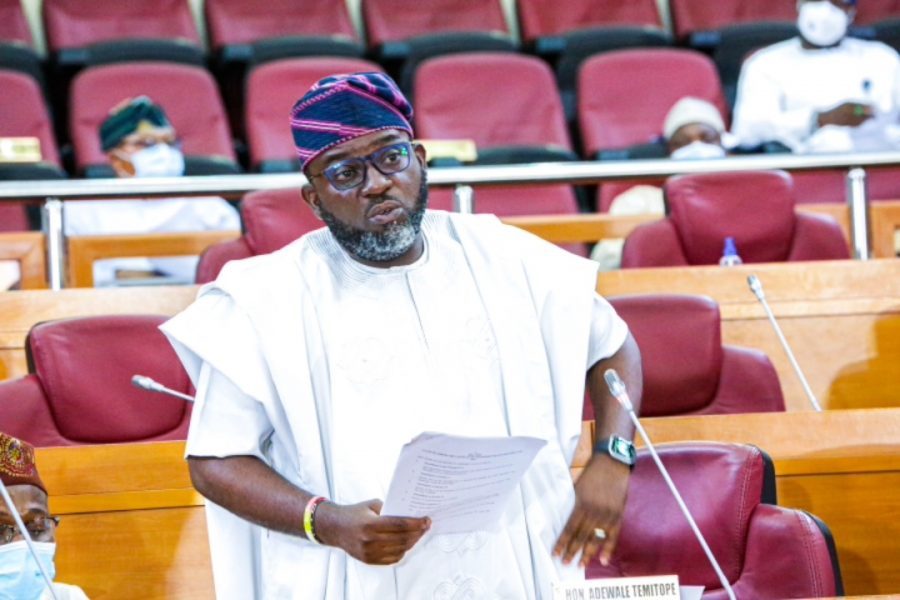 Lagos State House of Assembly under the leadership of Rt.Hon (Dr) Mudashiru Ajayi Obasa has appealed to the executive arm of government in the state to urgently take another look at the regulation of the activities of the National Union of Road Transport Workers (NURTW) in the state. 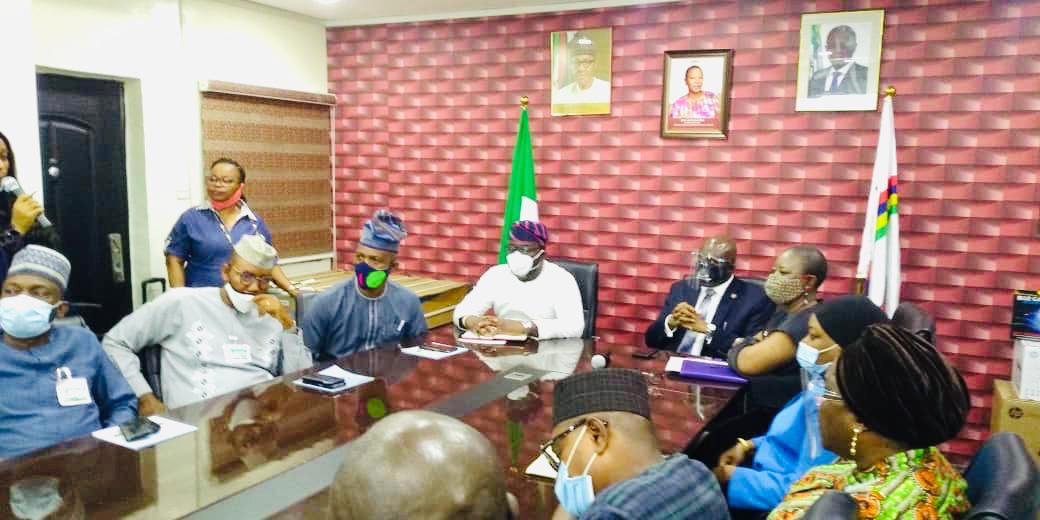 This appeal was made by the Committee on Transport ably led by its Chairman, Hon. Temitope Adewale during a visit as part of its functions of oversight to the Commissioner for Transport, Dr. Frederick Oladeinde in his office at Alausa, Ikeja.

Adewale, who was with other Members of the Committee on the visit applauded the head of Executive, Governor Babajide Sanwo-olu for placing priority on Transportation in Lagos State as seen on the THEME agenda, he further urged the state government to put every machinery in place to end gridlock in the state.

According to Hon.Adewale, although the NURTW have put checks in place for their members, there is need to curb the excesses of some of them who disregard traffic rules.

While lamenting the ineffectiveness of enforcement agencies in this regard, Adewale however called for better welfare packages for the concerned agencies to encourage them to stay focused with the tasks before them.

He said: “The enforcement officers should also be well taken care of, in terms of welfare packages, beyond the uniforms,their health insurance must be improved and other benefits should be made available to them.”

He added: “Once we have all these in place, we won’t have the issue of them taking bribes or not generating revenues that are supposed to be accrued to the state.

“From the beginning of the past administration, the people of the state were asking what was the state doing as regards the gridlock in the state.

“This prompted me to move a motion on the floor of the house as regards the transport situation in the state.

“But today, we are here to perform our oversight function to know how far you have gone, the challenges you faced, how well you have implemented the budget in spite of the COVID-19 pandemic.”

The lawmaker said he was impressed with the performance of the commissioner, adding that if he continued, the state would be able to record great achievements in the transport system.

Adewale said the amendment of the Transport Law had passed through the second reading in the House and waiting for public hearing soon.

Hon. Temitope Adewale reiterated that the purpose of his visit was to know the challenges and proffer possible solutions. “We will not stop seeking solutions to make transportation easy in Lagos, our population is exploding, but that will not deter us from finding best solutions.” 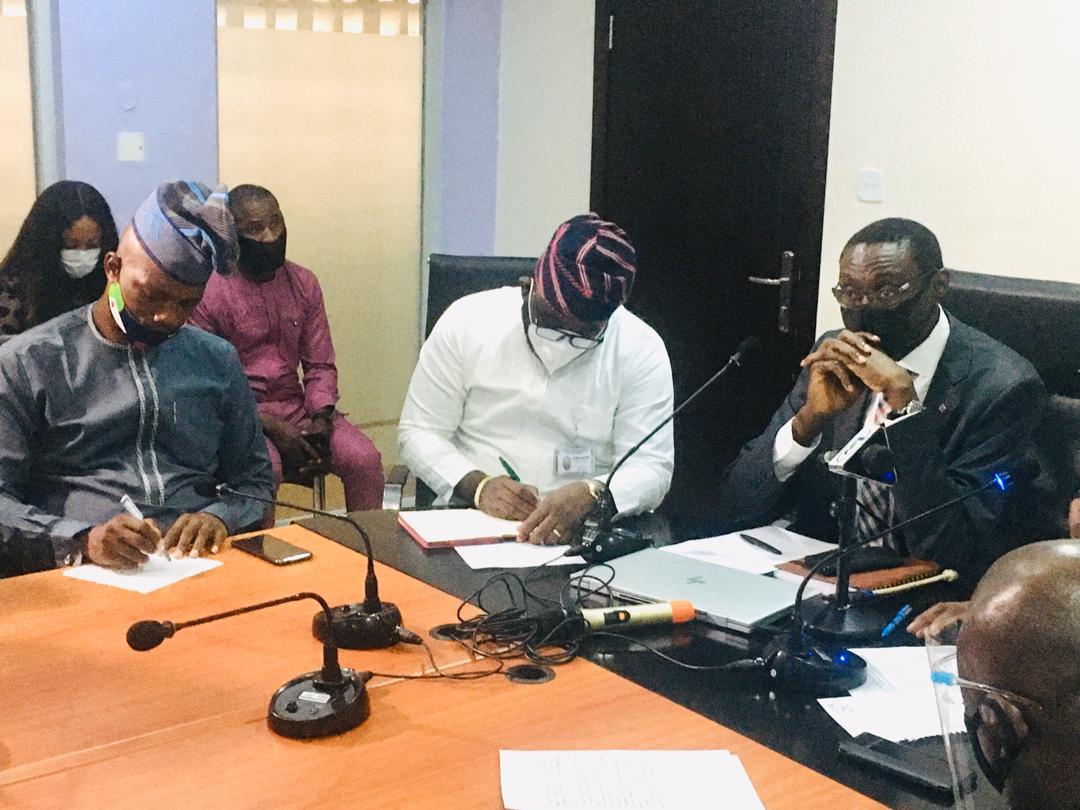 In response, Dr. Oladeinde informed the Committee that “the state is planning to acquire 2000 units of 11 and 13 seat micro buses to remove the strain on commuters while easing gridlock in the State.”

He also declared that the state had engaged two companies to provide 1000 buses each to be used for the First and the Last Mile Bus Schemes.

Oladeinde also spoke about the Blue and the Red rail lines projects, describing them as the flagship of Mr. Babajide Sanwo-Olu’s led administration.

The Commissioner said the contract for the red line rail project had been signed, adding that operations would commence in the second quarter of 2022.

He explained that the red line would share track with the standard gauge system of the Lagos-Ibadan rail modernisation project of the federal government, assuring that this would further reduce traffic congestion at key major gridlock points in the state, with corresponding reduction in travel time.

He further disclosed that the move was a giant stride to enhance integration between different mode of transportation in the State. 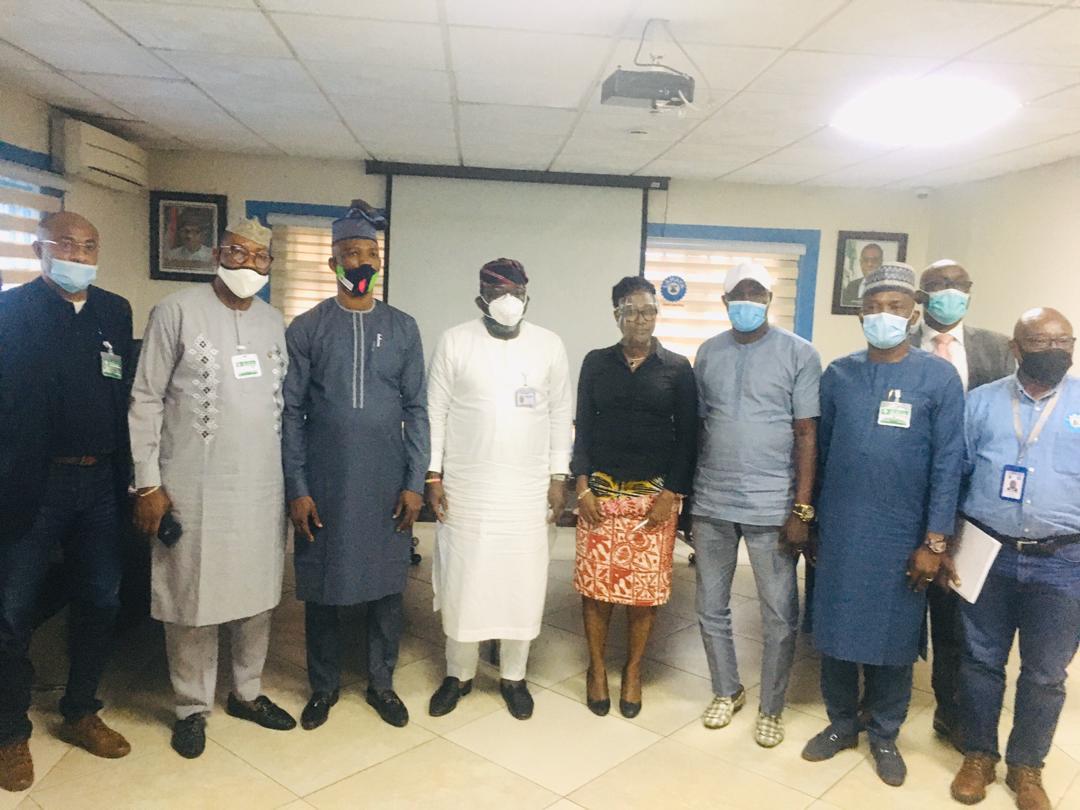 The Committee also visited the General Manager of Motor Vehicle Administration Agency and Managing Director of Lagos Area Metropolitan Authority (LAMATA) and were pleased with the giant stride they were making in their respective agencies.