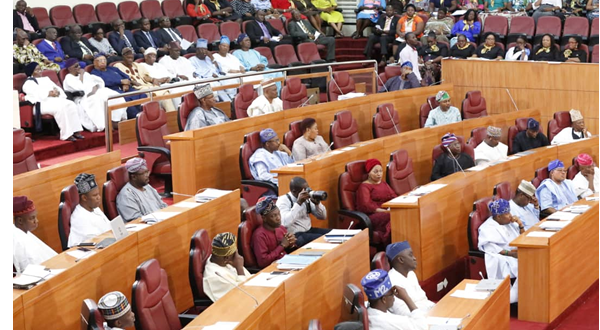 The Lagos State House of Assembly on Wednesday held stakeholders meeting on the laws and regulations that would end building collapse in the metropolitan state.

It will be recalled that the state recently witnessed some building collapse in parts of the state, especially at Lagos Island.

The stakeholders meeting held at the Lateef Jakande Auditorium in the Assembly premises and it was organized by the House Committee on Physical Planning and Urban Development under the chairmanship of Hon. David Setonji.

In his opening remark, Speaker of the House, Rt. Hon. Mudashiru Obasa, who was represented by his deputy, Hon. Wasiu Eshinlokun-Sanni said that the amendment to the existing regulations were important.

Obasa, who recalled the recent cases of building collapse in Lagos Island, where school children lost their lives, said that such a tragedy was preventable if every stakeholder had been careful.

“All these stories of collapsed building with loss of human lives that touch our hearts, and I believe they are preventable.

“If all officials adhere strictly to rules and regulations, some of the losses would have been avoided. We all have duties, your imputs matter for these regulations to strengthen our laws.

Overviewing the regulations, the Majority Leader of the House, Hon. Sanai Agunbiade, said that the amendment would further standandise and enhance building and planning in the state “to make all ugly incidents of building collapse a thing of the past.”

Agunbiade said that the stakehokder’s meeting was in respect of the Building Control Regulations, 2018 and Planning Permit Regulations to awaken consciousness of everybody as regards building development.

According to him, the Building Control Regulations had three parts, which addressed notice of intention, authorisation and building stages certification, which he said were meant to enhance the capacity of the state.

In his contribution, Mr Lukman Oshodi, the Vice Chairman, Nigerian Institute of Town Planners, NITP, said that the ranking of Lagos as city is relatively low with respect to building regulations.

Oshodi, who pointed to the implementation and enforcement of regulations, said that the group canvassed for accredited certifiers.

Professor Martins Dada, a building expert, called for adequate planning and proper supervision of buildings in the state.

He said that registered builders should supervise buildings and not the regulatory agencies.

The state Commissioner for Physical Planning and Urban Development, Mr Rotimi Ogunleye said that the executive bill was transmitted to the House in 2017, adding that”when we have a substantive law, there must be regulations to implement it.

Ogunleye said that professionals must give their inputs so that there would be compliance.

The Chairman of SON Committee on Standardisation, Professor Joseph said that the laws of the state house of assembly must not violate the act of the Council for Regulation of Engineering in Nigeria, COREN.

He added that the Act gives COREN the power to regulate engineers, proposing that COREN should go to sites and perform their statutory duties.

Some other stakeholders called for submission of topography survey of the land, saying “it should be mandatory to have civil/structural engineers are on sites.”,,

Also, an official of the Council of Registered Builders of Nigeria (CORBON), Kunle Awogbebi, who said that he was part of the team that worked on 2010 Physical Planning Law, said that professional builders should be engaged in building demolition to avoid injuries.

He explained that the major cause of building collapse was that “what goes on site does not correspond to what is approved and unqualified people are usually on site.”

“The building collapse issue is of more paramount. Many building were being demolished without compliance to safety specification,” he said.

He called for understanding of demolition process, saying most officials engaging in this are not knowledgeable and get injured in the process.

Mr Tunji Odunlami, a retired Permanent Secretary in the Ministry of Physical Planning and Urban Development commended the government for responding to the challenges

He said that the regulations should not be limited to Building Control , Physical Planning Permit Authority, but that they should be extended to Lagos State Urban Renewal Authority.

Prof. Leke Oduwoye, a town planner, and architect said that development control is a course in the university, and that many so called professionals were not knowledgeable and well trained.

He said that there was confusion on the field as people going to sites were not well trained.

The immediate past president of the Nigerian Institution of Structural Engineers, Mr. Oreoluwa Fadayomi called for restructuring of LABCA.

Fadayomi said that there is a difference between planning permit and development permit, saying that bringing the two under physical planning was where the state got it wrong.

Moses Ogunleye, another stakeholder said that whatever the House would do on the regulations should not be harmful to the developers, and that it should rather enhance their business.