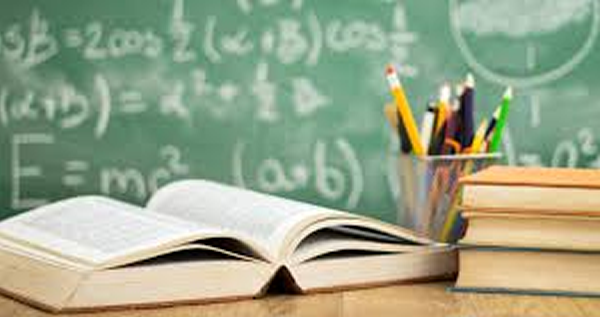 “A Bill For A Law To Establish the Lagos State Teaching Service Commission (TESCOM) And For Connected Purposes” has been committed into the state Assembly Committee on Education and the Committee on Establishment, which were directed to report back to the House in two weeks.

Considering the Bill during second reading at plenary on Tuesday May 2, the House observed that the bill would reestablish TESCOM, which was eradicated in 2005 and replaced with six education districts across the state.

Briefing the House about the Bill, the Chairman of the House Committee on Education, Hon. Olanrewaju Ogunyemi said that the bill would provide uniform guidelines and control of Post-primary institutions in the state.

He said further that some lacunas were observed in the state educational system after the creation of the six education districts and cancellation of the then TESCOM.

“The Bill would ensure the management of the careers of teachers in secondary schools in the state. The six districts operate differently and disjointedly.

“It would ensure that teachers have an appellate body in the commission, where they could air their views. It would empower the commission to make decisions on promotion, discipline and employment of teachers with the approval of the Governor,” he said.

The Speaker of the House, Rt. Hon. Mudashiru Obasa, however, wondered why TESCOM was being brought back after the House had approved the creation of the districts, which he said have operated for many years.

“We should be able to identify if the system is working. We must determine if the existing system has failed to stand the test of time. Creating a new commission means we have not done the right thing. Why can’t we insert TESCOM into the existing law rather than creating a new law,” he said.

Reacting to this, the Majority Leader of the House, Hon. Sanai Agunbiade, stated that the fears expressed by the Speaker was raised during executive briefings by the Ministry of Education.

He said that the agency handling the discipline of teachers could not do much and that TESCOM would not reduce the powers of the districts, which he said could only do little in the area of discipline of erring teachers.

According to him, the districts have not failed, but that TESCOM would solve the problems the districts and the ministry cannot solve.

In his reaction, Chairman of the House Committee on Education, Hon. Lanre Ogunyemi said that the fears of the Speaker were founded, but that there is a strong conviction from the Ministry that there is need for the harmonisation of the districts with the reestablishment of TESCOM.

“The districts would now handle the disciplinary cases of teachers on levels one to six, while TESCOM would handle those on level seven and above. The district heads would report to TESCOM, which has powers to take decisions,” he said.

In his contribution, Hon. Rotimi Olowo stated that the advantages of the districts should be considered before the introduction of TESCOM.

Also, Hon. Abiodun Tobun observed that the advantages outweigh the shortcomings and that Section 7 that gives the Governor powers to dissolve the board and appoint a caretaker committee should be properly examined, but Hon. Yinka Ogundimu stated that this could be handled at the committee level.