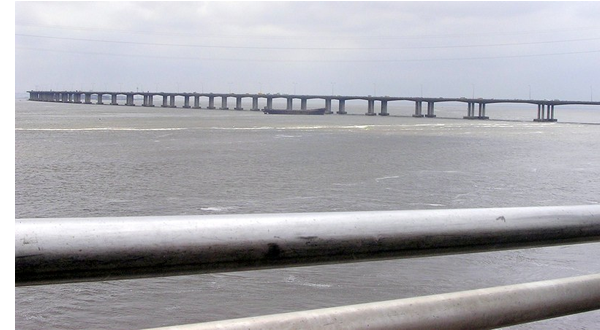 Consequent upon the cancellation of the contract for the 4th Mainland Bridge, the Lagos State House of Assembly has Set-up a 6 man committee to look into the matter.
According to the Speaker of the House, Rt. Hon. Mudashiru Obasa, the committee would be chaired by the Deputy Speaker, Hon. Wasiu Sanni Eshinlokun, while the members would be the Majority Leader, Hon. Sanai Agunbiade and Hon. Yinka Ogundimu.
Other members of the committee are Hon. Moshood Oshun, Hon. Wahab Jimoh and Hon. Bisi Yusuf.
The committee was mandated to invite the State Attorney General, Commissioner for Waterfront, Commissioner for Finance and the state Chairman of Lagos Global to clarify the termination of the contract and submit a report to the House on Monday, June 5th, 2017.
Hon. Dayo Famakinwa had earlier raised the issue of the cancellation of the bridge on the floor of the House as an urgent matter of public importance during plenary on Tuesday 30th May.
Famakinwa observed that the project would have led to massive employment, increase the Internally Generated Revenue of the State, get the nation out of recession and ease movement of goods and services.
“When the contract was signed by Governor Akinwunmi Ambode, majority of the people of Lagos were happy. But, we read in the newspapers last week that the contract was cancelled and this raised a lot of concerns.
“We need to know what the issues are. Residents of Lagos were happy with the government of the All Progressives Congress (APC) in the state and at the centre,” he said.
Contributing to the matter, Hon. Olanrewaju Ogunyemi stated that the project had attracted the interest of many people in the state, adding that it was a cardinal promise of Governor Ambode.
He stressed that the bridge project would improve the image of that of the Governor and the party, saying that the Governor should also explain the outcome of the SMART City Project signed with the City of Dubai to the House.
Other lawmakers such as Hon. Yinka Ogundimu, Hon. Moshood Oahu, Hon. Gbolahan Yishawu and Hon. Sanai Agunbiade supported the matter.
The lawmakers referred to the Private Partnership, PPP Law of 2015, which they said made it mandatory for the state government to inform the House is arrangements with private companies in any matter.
According to Agunbiade, it was wrong for the state government not to obey that section of the law, saying that the House needs to emphasize strict compliance with the law by the state government.
Governor Akinwunmi Ambode had recently terminated a Memorandum of Understanding (MoU) with a consortium of firms to build the 4th Mainland Bridge at the cost of N844 billion.
The project was to be financed by Africa Finance Corporation, Access Bank, and other private investors who have already signified intention to be part of the construction, while Visible Assets Limited would be the coordinating firm.
But Commissioner for Waterfront Infrastructure Development, Mr. Adebowale Akinsanya during a ministerial briefing in Alausa, Ikeja area of Lagos, Southwest Nigeria cited the slow pace at which the concessionaire was working as the reason behind the termination of the contract.
According to him, “due to slow pace of work, the contract was terminated. We are now looking at many investors, though interest is very high.”
He said that investors had started scouting for the project from different parts of the world, though the state government had not decided on the proposals it had received.
“The state government has started the proposals. We have such investors from South Korea, Europe and the United States, among few others. What we are doing now is vetting the proposals. We do not want to waste any further time. So works are in top progress on the 4th Mainland Bridge.
“The investors would be named very soon, the state government will enter into concession agreement with appropriate investors that deliver the project,” he said.