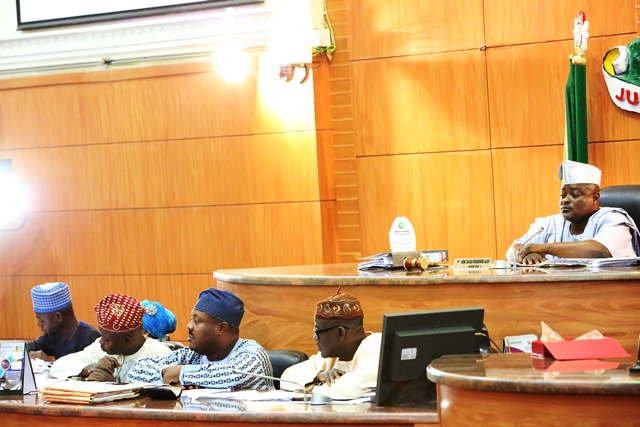 The Lagos State House of Assembly has set up a committee to investigate alleged killings and destruction of property in Otodo-Gbame Community in Ikate Elegushi Local Council Development Area of the state.

Members of the committee, as announced during plenary on Tuesday, include Hon. Adefunmilayo Tejuoso, Hon. Lanre Ogunyemi, Hon. Tunde Braimoh, and Hon. Mosunmola Sangodar; and they are to submit their report within one week.

Some residents of Otodo-Gbame Community had staged a protest to the Lagos State House of Assembly on Monday alleging destruction of their property by agents of the state government.

The protesters, who included women and children, chanted several solidarity songs and blocked vehicles from passing through the frontage of the assembly until they were dispersed by security men.

They later submitted a letter dated 14 November and addressed to the Speaker of the House of Assembly, where they alleged that they were being harassed and intimidated by officers from Jakande Police Station.

According to them, those harassing them included one Mrs. Adebayo, a daughter of one General Adebayo, Anofi Elegushi and Oba Saheed Elegushi via thugs and officers of the Nigerian Police Force and soldiers.

A spokesman for the protesters, Comrade Bokoh Oluwole, who is a leader in the community, alleged that they were being treated like animals and slaves in Lagos State in Otodo-Gbame Community in Ikate Elegushi Local Council Development Area.

Oluwole stated in an interview with journalists that suspected hoodlums went to the community with the police last week Tuesday and destroyed properties worth millions of naira.

He added that they set properties ablaze, and that many people ran inside the water and that he heard that the state Police Commissioner, Fatai Owoseni was also there that to maintain peace in the area.

“Shortly after the commissioner left, policemen from Jakande Police Station came into the community to protect the hoodlums again.

“Not less than 400 houses were burnt and we were told that policemen are in the community again today destroying properties. We have since recovered about three bodies from the water.

“We are still looking for five more people. They did not give us a single notice; we just saw them claiming ownership of the land and there is no court judgment on the matter. They see us as fishermen; we built our houses on water just like Ilaje people,” he said.

The Speaker stated that the reports of the protest were in the newspapers and that the Assembly would not condone extra judicial killings in the state by security men, which he said was why the committee was set-up to investigate the matter.