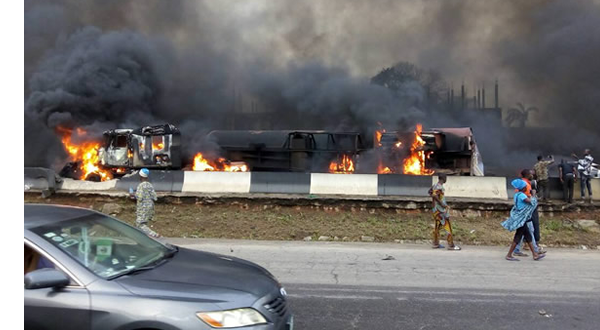 The Speaker of the Lagos State House of Assembly, Rt. Hon. Mudashiru Obasa has condoled with the families of victims who lost their lives in the tanker accident which occured at the Lagos end of the Lagos-Ibadan Expressway on Thursday.

The Lagos Assembly Speaker while describing the incident as a sad development, prayed to God to give the victims’ families the fortitude to hear the loss.

“It is a sad development and I share the feeling of those who lost their loved ones in this incident. I pray to God to give the victims’ families the fortitude to bear the loss,” the Lagos Assembly Speaker said in his condolence message signed by his Chief Press Secretary, Musbau Rasak.