Lagos Is The Ideal Destination For Investors From Your Country, Lagos Speaker Obasa Tells Delegation Of German Parlamentarians

Lagos State House of AssemblyPress ReleaseLagos Is The Ideal Destination For Investors From Your Country, Lagos Speaker Obasa Tells Delegation Of German Parlamentarians 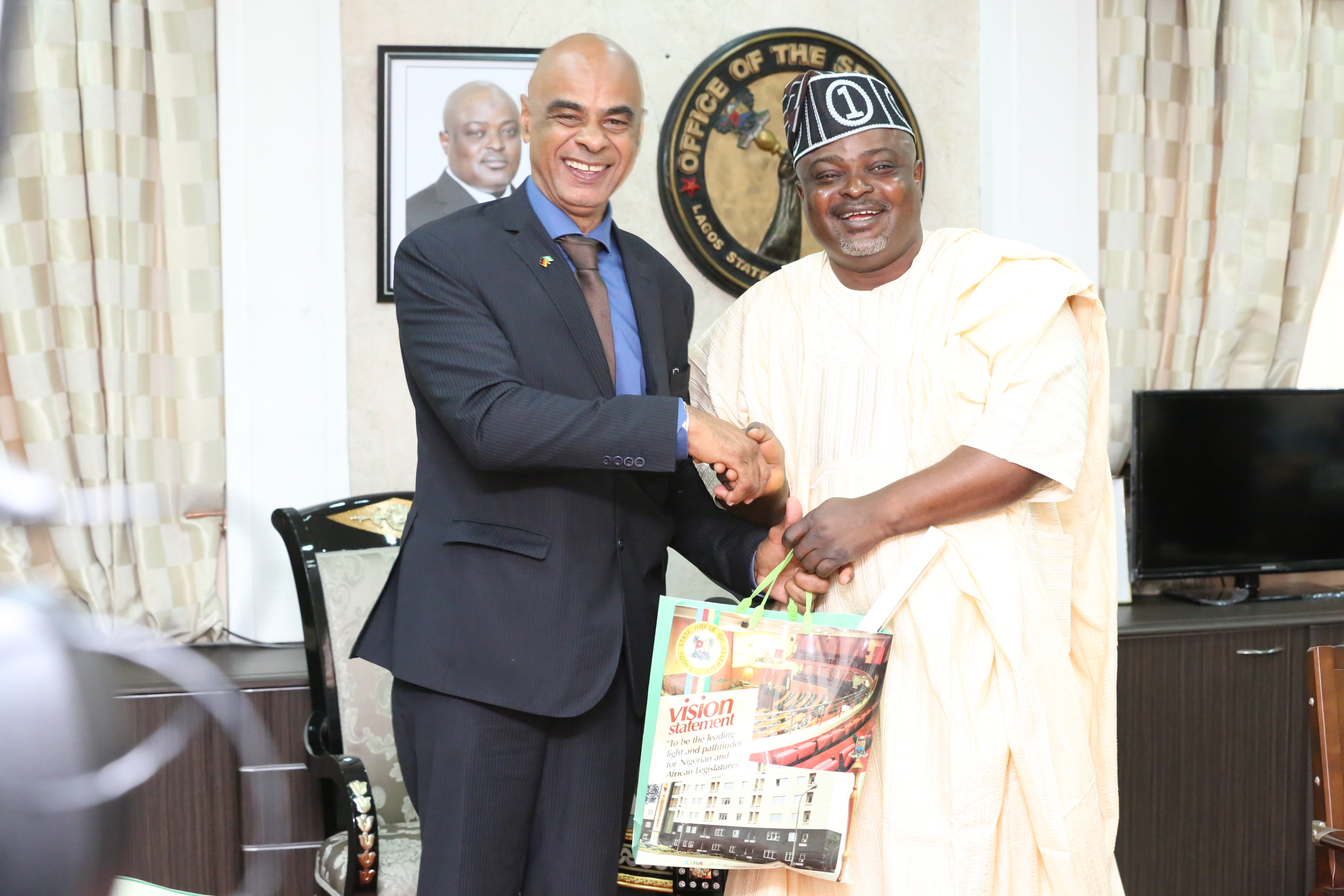 Lagos Is The Ideal Destination For Investors From Your Country, Lagos Speaker Obasa Tells Delegation Of German Parlamentarians

The Speaker of the Lagos State House of Assembly, Rt. Hon. Mudashiru Ajayi Obasa, has stated that Lagos State remains the best destination for foreign investors, particularly those from Germany, with iits improving infrastructure and secured environment.

Rt. Hon. Obasa spoke in his office in Alausa on Monday, October 31, 2016 when a delegation of German Parliamentarians visited him.
The Lagos Assembly Speaker told his visitors that the state with its huge economic base, which is the fourth biggest in Africa, has the potentials for socio-economic growth which is an incentive for investors.

“The state government in collaboration with the state Assembly has improved the infrastructure in all nooks and crannies of the state. The enactment of the Neighbourhood Safety Corps Law and its being signed into law by the state Governor has not only showed the commitment of the government to make the state save for investors but has also improved security in the state especially at the grassroots level,” Rt. Hon. Obasa said.

He sought for more collaborations from Germany especially in the area of economic empowerment and.social development. “There is no doubt that Nigeria, particularly this state, is enjoying robust cordial relationship with your country but we will always ask for more of such collaborations particularly in the areas of economic empowerment and social development,” he said.

Obasa stated further that the state government, especially the state Assembly will continue to enact laws and put in place policies that will protect not only the general public but also protect investors their investments.

The Leader of the delegation, Mr Charles M. Huber, who is the Chairman of the Parliamentary Group of the Englsh and Portugese-speaking States of West and Central Africa in the German Parliament, acknowledged the existing cordial relationship between his country and Nigeria with special emphasis on Lagos State.

Huber assured that his country is always ready to contribute to the development of Nigeria and Lagos in particular. “In every relationship there are always room for improvement and I’m assuring that we will continue to iimprove on our relationship for the mutual benefits of the citizens of the two countries,” he said.