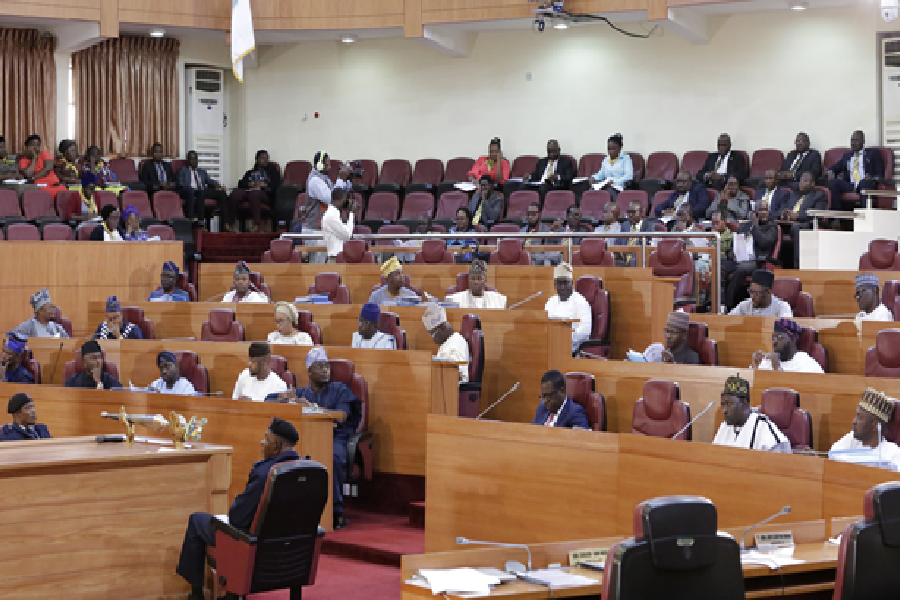 Law enforcement agencies in Lagos State have been asked to adhere strictly to the extant laws while discharging their duties in relation to traffic offenders and commuters.

Rt. Hon. Mudashiru Obasa, the Speaker, Lagos State House of Assembly made the appeal sequel to adoption of report presented by the Ad Hoc Committee on Judiciary, Public Petitions, Human Rights and LASIEC, Chaired by Hon. Tunde Braimoh on a petition titled “The request for redress of wrongful destruction of our property and financial burden imposed on our client”, at the Plenary on Tuesday.

Rt. Hon. Obasa opined that such personnel include Traffic Police, Lagos State Traffic Management Agency (LASTMA), Vehicle Inspection Service (VIS), Task Force and others need to be enlightened on how to execute the traffic law in all cases while dealing with the public as contained in the petition presented.

According to Hon. Tunde Braimoh, it was observed in the report that the Task Force Officer unlawfully arrested the petitioner for parking on an illegal loading point that led to the forceful impoundment of the vehicle resulting in damages to another vehicle, whereas the petitioner was within appropriate parking space.

The Committee Chair further explained that the Committee was charged with the responsibility to determine the veracity of the allegations made and proffer solutions towards the issue as forwarded by the petitioner, which consequently led to the invitation of the bereaved parties.

He advised that the law enforcement personnel should employ utmost discretion in the interest of tranquility.

Members who spoke on the report commended the Committee who had resolved the matter amicably between the parties.

Commending the Committee for a job well-done, Hon. Rotimi Olowo remarked that the incident should serve as deterrence to other operatives adding that erring driver should be sanctioned.

He therefore urged security personnel to desist from the deadly act of driving offender’s vehicles rather such impounded vehicles should be towed and taken to their office to face wrath of the law.

In the same vein, Hon. Rotimi Abiru and Hon. Setonji David in their contribution warned uniformed men to desist from dragging vehicles from motorists without recourse to the law.

They also expressed their concerns about personnel who act as if they are above the law once in uniform, advising that such officers must be dealt with.

Hon. Bisi Yusuff who was once a Chairman Committee on Transportation of the House explained that while some officers could be unruly, some motorists are also defiant when apprehended for contravening the traffic law. He further stated that the public should submit themselves to the law enforcement agents when apprehended.