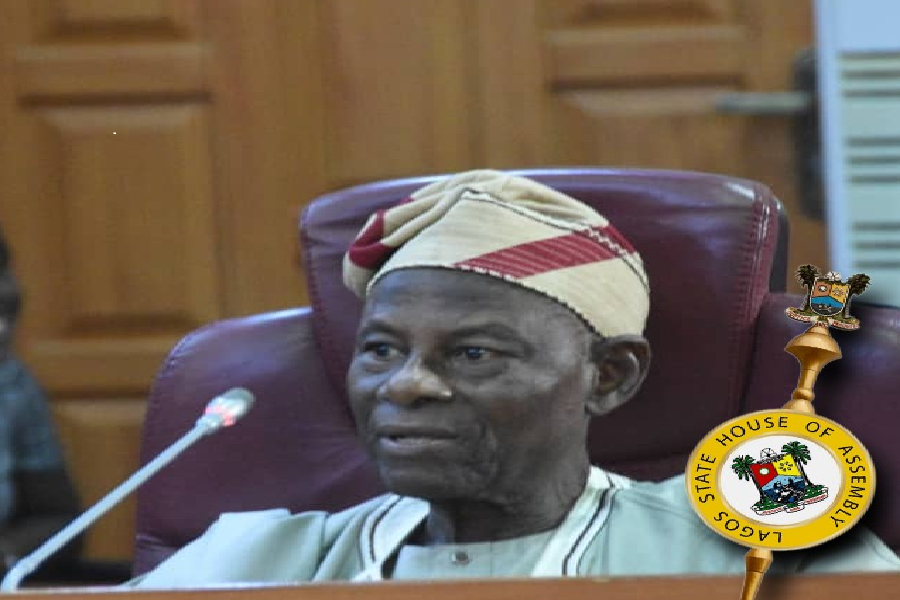 Members of the Lagos State House of Assembly celebrated Hon. Yahaya Adeniyi Atanda Dosunmu, a former Member, representing Victoria-Island/Eti-Osa Constituency in the 1st and 2nd Assembly on his approaching 80th Birthday celebration at the Plenary Session on Monday.

Hon. Noheem Adams, representing Eti-Osa Constituency 1, moved that “today serves as a day to commemorate Hon. Dosunmu for his achievements during his tenure as a Legislator in the 1st and 2nd Assembly.”

While running through the profile of the celebrant, Hon. Adams highlighted the various accomplishments of the former Lawmaker; He stated that, “He was born on December 25th, 1939 into Dosunmu and Shitta Oloyede Families of Adomu in Lagos State. He commenced his life journey by practical demonstration of the words of the 35th President of the United States of America (USA), John F Kennedy that, “Leadership and learning are indispensable to each other”.

“Hon. Dosunmu also made his mark in the main stream South-West progressive politics, when he became the first elected Member from Eti-Osa Community representing Victoria Island and Eti-Osa in Lagos State House of Assembly between 1979 to 1983. His achievements earned him a re-election in 1983 for another 4 year term before the Military struck and became the beginning of the good things to happen to Eti-Osa Community”.

Hon. Gbolahan Yishawu, representing Eti-Osa Constituency 11, described the former Lawmaker as a sagacious political leader, who was a two-term Honourable Member in the House and chaired various Committees such as Committee on House Services, Sports, Works, Housing, and Home Affairs.

He added that, Hon. Yahaya moved major motions on “the need to stop landing rates for canoes; the need to introduce mobile health services programme in all rural areas; that Commissioner for Health direct Santos builders to complete the abandoned health clinic at Ogoyo in Eti-Osa; that the Commissioner for Trade establish small scale industries in the rural areas of the State.

In his submission, Hon. Olumuyiwa Jimoh, appreciated the leadership of the House for honouring the celebrant as it serve as the easiest way to celebrate former Members of the Lagos State House of Assembly.

He further said that the celebrant, who is a communist, moved the Law that set Land feuds to an end and was very active during debates on bill presentations, as he seconded many motions and also tabled many procedural motions.

Hon. Dosunmu, in his response, appreciated the Rt. Hon. Mudashiru Obasa, the Speaker of the House, Deputy Speaker, Hon. Wasiu Sanni Eshinlokun, other Principal Officers and other Honourable Members of the Assembly.

While recognizing the presence of the invited dignitaries who were received into the hallowed chamber and those who facilitated the Special Parliamentary Session in his honour, Hon. Dosunmu expressed gratitude to his Creator for sparing his life to witness the occasion.

He described the Legislative Arm of Government as the most powerful, based on the functions in the Constitution and that those functions were not been well exploited by all the State Houses in Nigeria.

He added that the Legislative Houses are not following the welfare packages for Ex- Honourable Members as there should be an enabling Law for whoever passes through any parliament in Nigeria.

He implored the State House that this should be a birthday gift for him, “Lagos State should cater for the health care and basic needs of past Lawmakers; a monthly stipend should be allocated to their care. If Lagos moves this Law, other States would emulate” He said.

The Deputy Speaker, Hon. Wasiu Sanni Eshinlokun, who presided over the Plenary Session, celebrated the former Lawmaker, who has contributed to the development of Lagos State. “He has spent his entire life towards the attainment of success, and left indelible marks for all his successors to succeed with ease. The next generation would hear of an erudite pathfinder. We are proud to count his age by smiles and not by tears.”