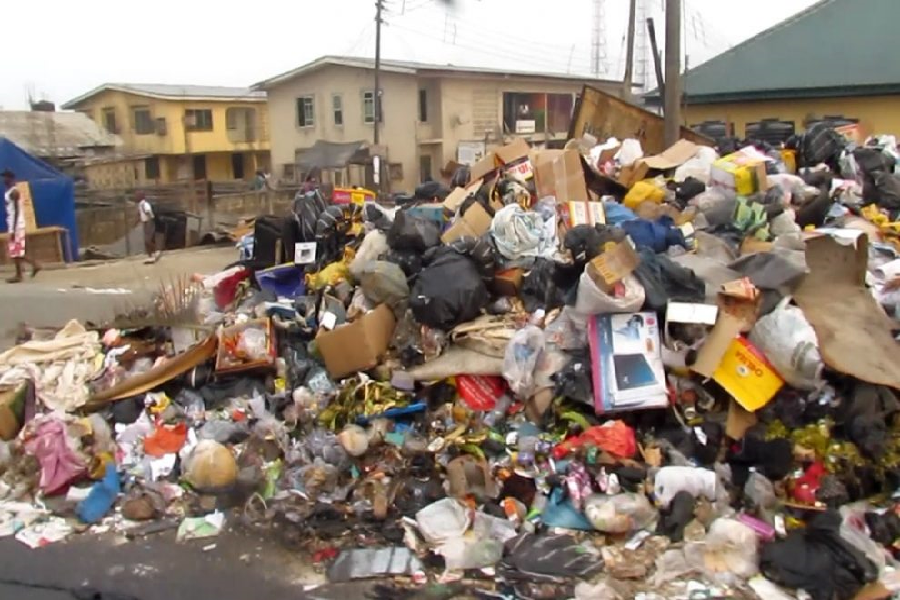 Members of the Lagos State House of Assembly have called for the prosecution of perpetrators of indiscriminate refuse dumping across the State.

This resolution was made sequel to a motion moved by the Majority Leader, Hon. Sanai Agunbiade during the Plenary Session on Monday.

Hon. Agunbiade who is the prime mover of the motion noted that despite the enlightenment campaigns by the Government and the Lagos State Waste Management Agency, LAWMA, residents have not desisted from dumping refuse at unauthorised places across the State, while some unscrupulous individuals continue to dump refuse indiscriminately.

He expressed his worries that funds and administrative efforts that could have been expended on other sectors are concentrated on the clearing of refuse dumped indiscriminately.

According to him, if perpetrators of this indiscriminate refuse dumping are arrested, prosecuted and sanctioned for offences provided in the relevant sections of the aforementioned laws, deterrence would be accomplished and sanity shall return to our streets.

Hon. Bisi Yusuf while commending the prime mover of the motion noted that “this is the right time to implement the environmental protection laws. He advised that apart from community sentencing, perpetrators should be given uniform while they serve in their locality.

Hon. Rasheed Makinde stated that it is very worrisome that in Lagos we are still having challenges on how to dispose our waste. He said people coming to Lagos everyday with different background do not understand how we live in the State to the extent that when it rains, you will see people pouring their waste into drainage, this in turn block the drainage and give way for water to flow on the road which causes potholes and bad roads.

He said Local Government and environmental officers must come out to monitor their domain and be able to arrest perpetrators.

Hon. Tobun said despite the money spent on waste the attitude of the people have not changed, people still drop waste in the median, drainage and road sides. He further stressed that who so ever is caught dumping refuse indiscriminately should be made to sweep publicly.

The House thereafter resolved to call on the Governor Babajide Sanwo-Olu to direct the Commissioner for Ministry of Environment to ensure the enforcement of the relevant sections of Environmental Management and Protection law, 2017 and to ensure that perpetrators of unlawful refuse disposal are sanctioned with community sentencing directed at refuse clearing within the locality of the offence.