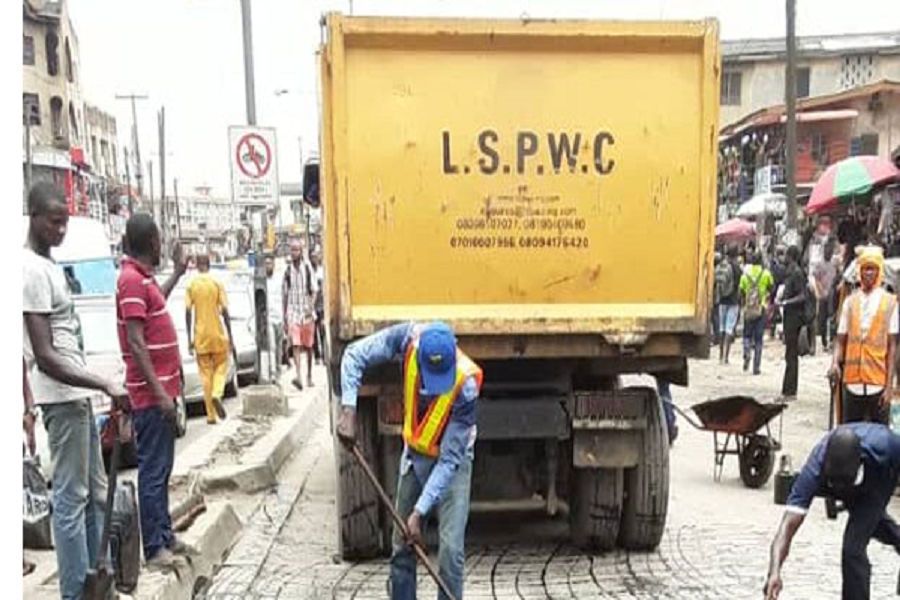 Members of the Lagos State House of Assembly have urged the Lagos State Public Works Corporation (LSPWC), Contractors and other Transportation Agencies to embark on scheduled road maintenance to ease the traffic situation in the State particularly during peak hour.

The resolution was made following a motion moved by the Chairman, House Committee on Transportation, Hon. Temitope Adewale representing Ifako/Ijaye Constituency I, on the need for contractors to amend the work hours on which the roads are to be repaired.

Hon. Temitope while commending the State Governor for the training of 1,000 Lagos State Traffic Management Agency (LASTMA) and Police Officers solely to manage, control and regulate traffic related issues within Lagos and the 116 massive ongoing rehabilitation of roads called on the Ministry of Transportation and Lagos State Public Works Corporation to reach out to relevant traffic agencies to enlighten masses about road usage during ongoing constructions.

He further appealed to State residents to cooperate with all the agencies involved and implored security agencies to desist from extorting the masses at check points.

Hon. Rotimi Olowo, while commenting on the perennial traffic position in the State posited that contractors need to adjust the schedule for road maintenance especially during closing hours from work.

He therefore implored the Public Works Corporation to repair roads during work hours and on weekends, especially late hours between 11pm and 5am, and to request security agencies when needed to safeguard them at night.

The Finance Committee Chair added that they should not hesitate to call on the State Commissioner of Police to direct officers to their aid. He also advised that priority be given to areas with high risk of potholes and in desperate need of road maintenance.

In his contribution, Hon. Bisi Yusuff opined that the need for this motion is crucial, as this would show Lagosians that the House is aware of recent traffic development in the State, while appealing to residents to exercise patience in the course of maintenance.

Hon. Rotimi Makinde also remarked that though the Lagos road is synonymous with traffic invasion but the water ways can be used as alternative for the time being. He added that the yuletide also aid traffic congestion due to influx of people from various parts of the country with the sole purpose of buying and selling in Lagos.

While commending the government for being proactive when it comes to road construction and rehabilitation, Hon. Desmond Elliot maintained that the House should call on all agencies to fine-tune their modes of operation, and how it can be adjusted for the time being.

He added that contractors must be urged as well to perform effectively and provide Lagos with a long lasting road in order to avoid recurrence as experienced by the people.

“It is going to be hard at the beginning but it would ease up eventually.” He appealed to Lagosians.

In the same vein, Rt. Hon. Mudashiru Ajayi Obasa, the Speaker, opined that it is indeed painful to commute on roads, while appreciating the Vehicle Inspection Officer (VIO), Lagos State Traffic Management Agency (LASTMA), Federal Road Safety Corps (FRSC) and the Lagos State Police Command officials for their efforts during this period.

Moreover, he enjoined the State Governor to direct the Ministry of Transportation, State Public Works Corporation and all other agencies involved to engage contractors especially the rail line contractors to agree on hours to suspend activities for road users to commute easily.

The House also asked all Security agencies to stop all check points that create untold hardship on commuters and enjoined Chairman, Lagos State Task Force to join in the operation in order to ease traffic gridlock in the State.