Lagos State House of AssemblyMediaLAGOS LAWMAKERS – WE ALL BEGGED OBASA TO BUY US SUVs, PASS VOTE OF CONFIDENCE ON SPEAKER OBASA. 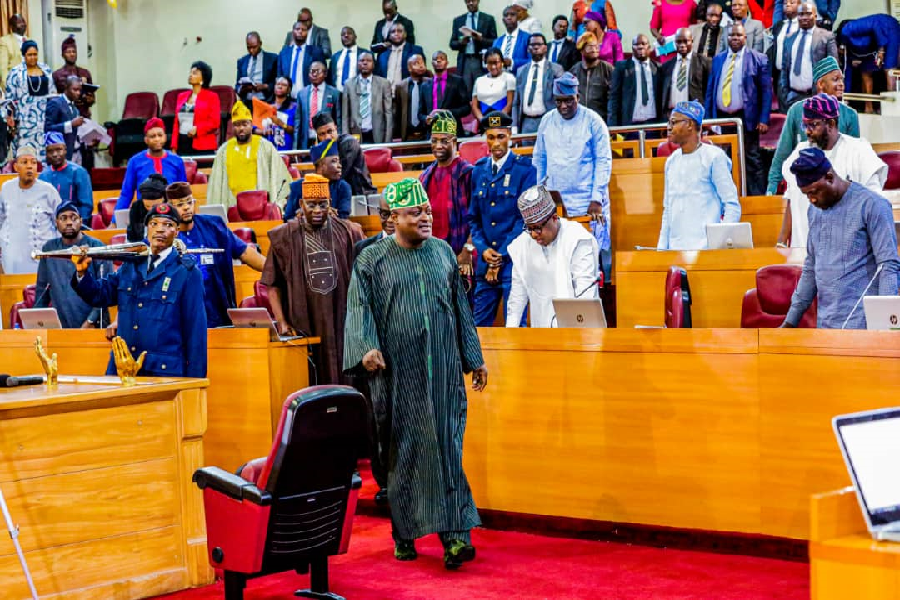 Lawmakers in the Lagos State House of Assembly on Monday dispelled claims in some quarters that the purchase of official cars for members was shrouded in secrecy by the leadership of the House.

The members, who spoke on the floor of the House during plenary, said they practically begged the Speaker, Rt. Hon. Mudashiru Obasa, to buy them Sport Utility Vehicles (SUVs).

There had been claims and allegations that the House, under the Speaker, purchased 80 cars within a year and at the sum of N2.4 billion.

In a petition which was said to have been sent to the Economic and Financial Crime Commission (EFCC) with the title:
“PETITION AGAINST LAGOS STATE HOUSE OF ASSEMBLY SPEAKER, MUDHASIRU OBASA ON GROSS FINANCIAL MISCONDUCT, CRIMINAL BREACH OF PUBLIC TRUST AND ABUSE OF OFFICE,” Comrade Buna Olaitan Isiak of the Human Rights Monitoring Agenda (HURMA) claimed that popular demand necessitated the petition.

“Further to a popular demand by some members of the public to our office, this petition is written to acquaint your agency EFCC, with the gross financial misconduct and the abuse of office being perpetrated by the Speaker of the Lagos State House of Assembly, Honorable Mudashiru Obasa, for a thorough investigation so as to avert a further bleeding of the public treasury under his care and restore sanity in the functioning of the states legislative establishment.

“The Speakers desecration of his office for which a probe of his activities becomes necessary is in twofold: one, his financial recklessness and cornering of public funds through illegitimate means; and two, the corruption and compromise of laid down procedures and rules deliberately foisted on the workforce of the Assembly,” the petition read.

But the lawmakers said the decision to buy the SUVs, a Toyota Prado for each member, was taken at a parliamentary involving the members.

The lawmakers said that during the parliamentary session in question, while some wanted the value of the cars converted to money, others opposed the earlier decision by the Speaker to get them a Toyota Fortuna. 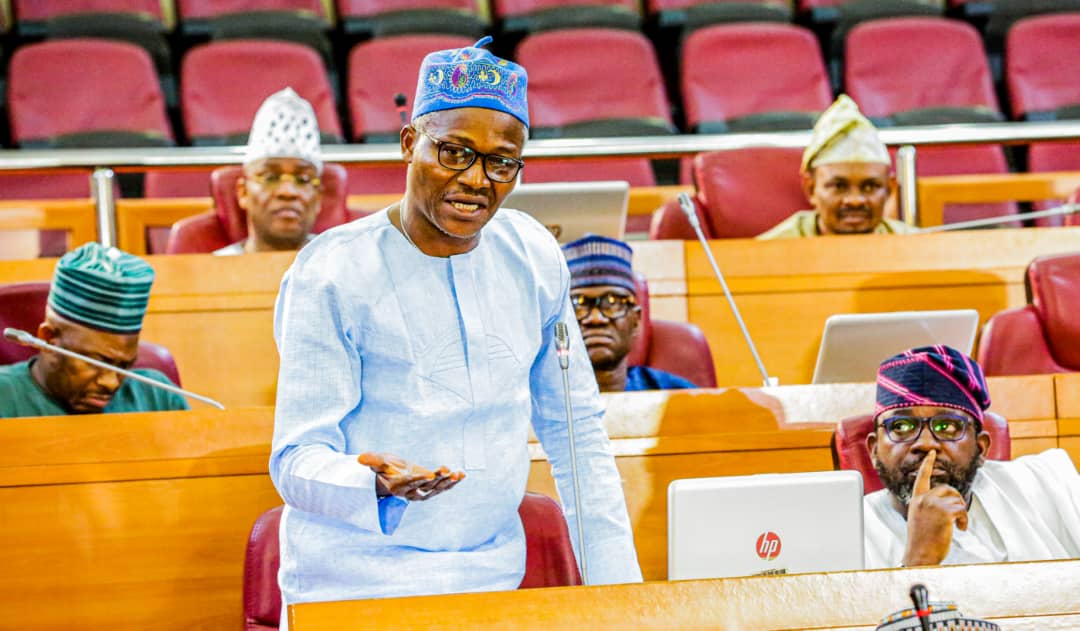 The issue of the petition was brought to the attention of the lawmakers by Hon. Rotimi Olowo representing Shomolu Constituency 1 under ‘matter of urgent public importance.’

Olowo told his colleagues that the petition was malicious and against the good image of the House.

“It was stated that the House bought vehicles worth N2.4 billion. Since I joined the House of Assembly, we always got two vehicles before the end of the Assembly.

“In 2007, I got a vehicle and a back up vehicle before the end of the Assembly. The vehicles are always budgeted for and it has been like that right from the time of Rt. Hon. Adeyemi Ikuforiji.

“We always told the Speaker that the 8th Assembly could not wind up without a back up vehicle for each of the members.

“The Speaker used to tell to us that the resources were not available and we later got the back-up in April, 2019.

“In the 9th Assembly, we just got our official vehicles in November/December, 2019.

“None of the 11 new members got two vehicles. We insisted on Prado Jeep and Mr. Speaker didn’t want to give us, but we insisted on it.

“We are all beneficiaries of the largesse and yet we go about making insinuations and leaking information to the whole world,” Olowo said.

Olowo further noted that the petition was full of lies meant to spoil the leadership of the House.

“We also said that the buses that we were using for committee works were bad and we insisted that he should buy a new set and he did,” he said.

He was supported in his argument by other members who agreed that they all collectively took the decision to purchase the cars. 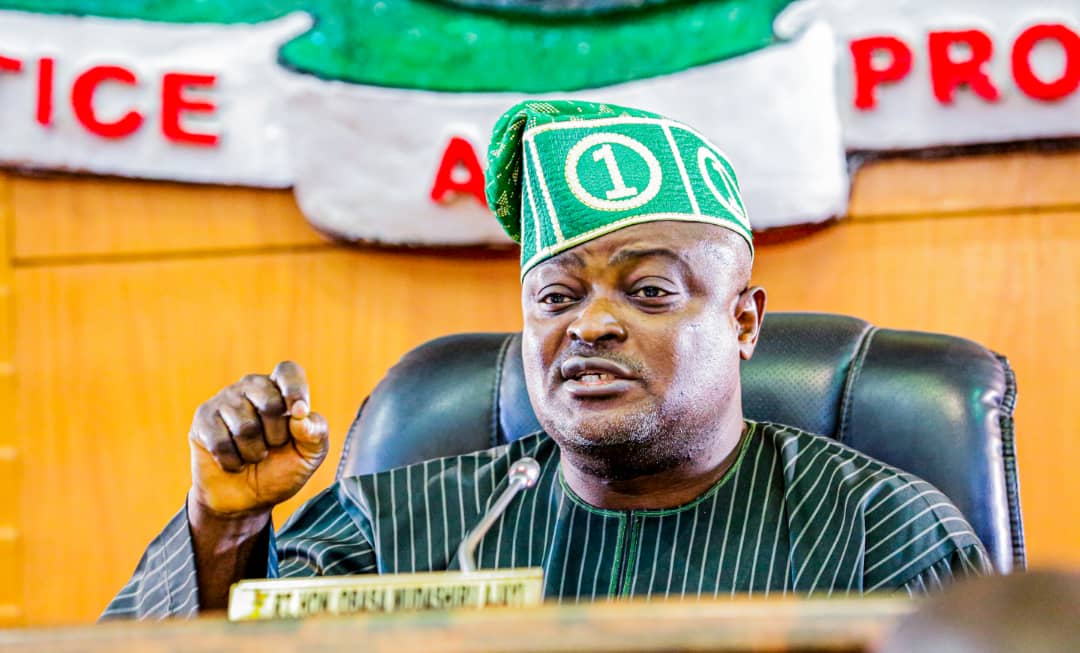 In his reaction, Speaker Obasa stated that the issue was not about official vehicles, but the backup vehicles and the money spent purchasing them.

“The official vehicles for the 9th Assembly was the issue. It was a deliberate action to paint the House in bad light. The people that stole the vouchers that were leaked to the press is the issue.

“I thank you for all you have said about the petition. We have discussed issues relating to divulging the discussions in the House.

“I said that the issue that came out in the Guardian Newspaper is traceable to Hon. Moshood Oshun.

“He was asking me for documents of the vehicle given to him, he was the one that called me on the telephone that his vehicle was seized by Customs officers.

“I once said that someone stole the vouchers of the vehicles. Where did he get it from if not for the role played by a member of the House.

“The writer of the petition is close to Hon. Olumuyiwa Jimoh. Some of the things he wrote were parts of what we have discussed,” he said.

Speaker Obasa then declared that if those who had been disciplined by the House were responsible for blackmailing allegations being spread.

He denied any crisis in the Assembly but said whatever was done was collective.

“We have been sitting and we have been having parliamentary meetings. We must stand by the truth and the truth would set you free.

“There is no decision we take that we did not discuss in the Assembly. There is nothing hidden about the purchase of the vehicles, you can cross-checks,” he said.

He also recalled that it was Hon. Rotimi Abiru, the former chief whip, who said that it was a failure on the part of the leadership of the Assembly that they were not given backup cars and houses then.

He then wondered why the same Abiru was going about with information that are against the demand he made of the House.

Members of the Lagos state House of Assembly unanimously passed a vote of confidence on the Speaker, Rt. Hon. Mudashiru Obasa days after the suspension and demotion of four of their colleagues.

The 34 lawmakers, who were at the sitting, said their confidence in the speaker stems from his unending passion to unite the Assembly and the members in spite of few opposition elements. 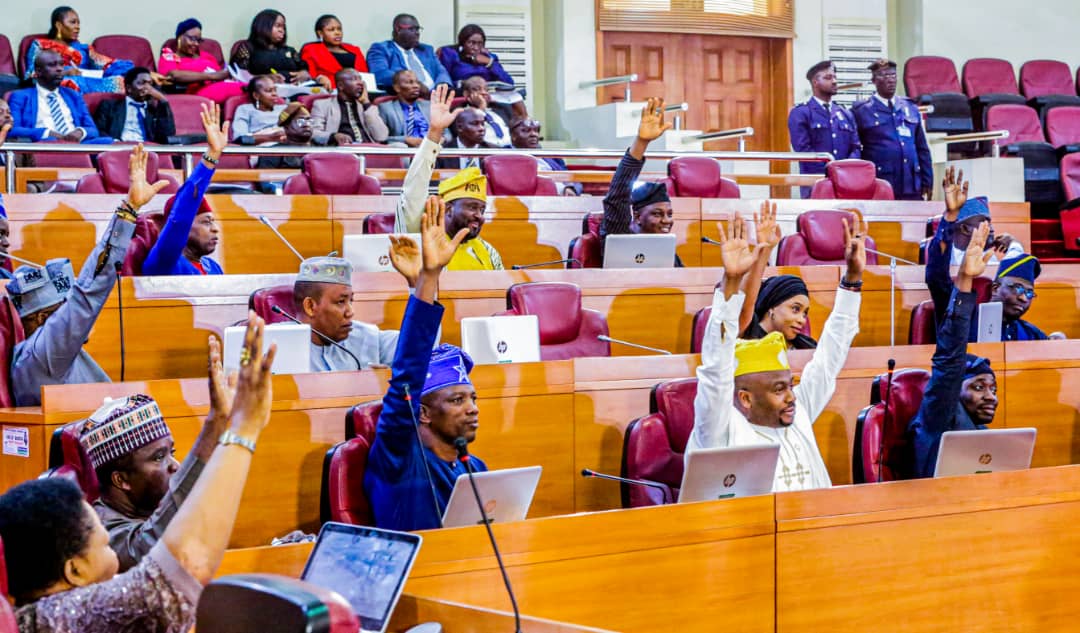 Part of the vote of confidence, according to the lawmakers, was to prove that the impeached deputy chief whip lied when he called the Speaker a dictator in a recent interview he granted a national daily.

The lawmakers said as far as they are concerned, the House was peaceful and that the Speaker is not known to take unilateral decisions.

In moving the motion, Olowo argued that the Speaker deserves commendation for the way he had led the House and brought more respect to the state Assembly.

He described Speaker Obasa as a democratic, responsible and reliable leader.

“A vote of confidence should be passed on him,” Olowo urged.

His call was was supported by majority of the lawmakers with the raising up of their hands.