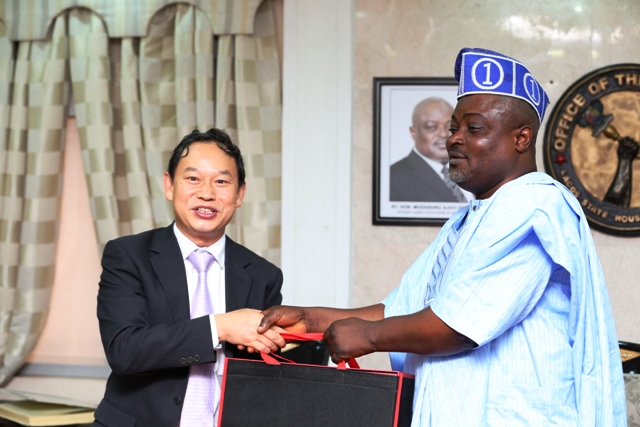 The Speaker of Lagos State House of Assembly Rt. Hon Mudashiru Obasa has sought stronger partnership of China with Lagos State.
Rt. Hon. Obasa made this known during a courtesy visit by the Chinese Consul-General in Lagos, Mr. Chao Xiaoliang on Tuesday, 30th August, 2016 to his office at Alausa, Ikeja. 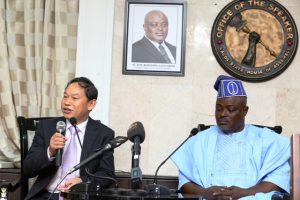 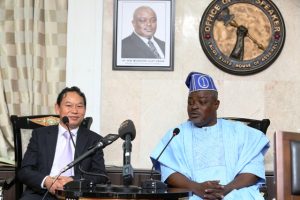 The Speaker, who was welcoming the new Chinese Consul General, said that Lagos State will cooperate in the area of economic ventures between Lagos and China. In his words “ Lagos would sustain relationship with China through you, we appreciate the investments and relationship of your home country and further request for an increased partnership in areas of power, transportation, aqua agriculture, Agro-Allied industries, and more.
While commending China for the positive role it is playing in this critical period of Nigeria’s drive towards reviving its economy, Rt. Hon. Obasa assured Xiaoliang of adequate security for business activities in the state. 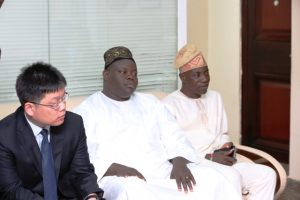 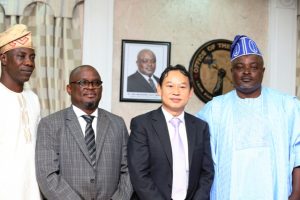 The Chinese Consul-General pledged his support for Nigeria and promised to sustain efforts in solidifying the relationship between both countries. Xialong reiterated his desire for more bilateral relationship, saying ‘this friendship will continue in my tenure as Consul-General’. According to him, the diplomatic relationship which was established 45 years ago would blossom and be of mutual benefits to both countries.