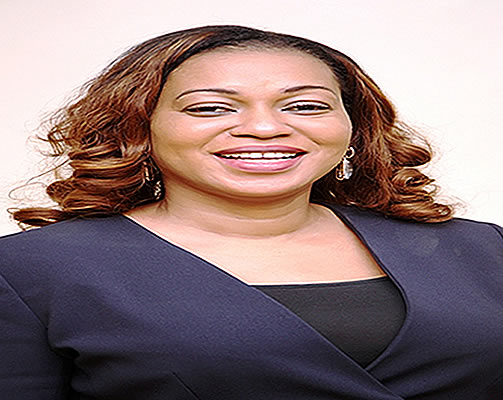 The Lagos State Government may soon join the growing number of states such as Edo, Ogun and Anambra that have imposed death sentence on kidnappers.

According to a private member Bill sponsored by the Speaker of the Lagos State House of Assembly, Rt. Hon. Mudashiru Obasa, any person, who kidnaps, abducts, details or captures or takes another person by any means or tricks his or her with intent to demand ransom or do anything against his/her will commits an offence, and liable on conviction to death sentence.

The bill, which is titled ‘A bill for a law to provide for the prohibition of the act of kidnapping and for other connected purposes,’ went through a public hearing on Friday at the Lateef jakande Hall within the Assembly premises with some stakeholders in attendance.

Attempt to kidnap was also criminalised under the bill and it was suggested that such a person would be committed to life imprisonment.

Also, the bill is against false representation to release a kidnapped or abducted person under section 4, and this attracts seven years imprisonment.

Furthermore, the bill provides that any person, who knowingly or willfully allows or permits his premises, building or a place belonging or occupied to which he has control of, to be used for the purposes of keeping a person kidnapped is guilty of an offence under the law and liable on conviction to a term of imprisonment of 14 years without an option of fine.

A legal practitioner, Mr Richard Komolafe from the United Action for Change (UAC), who spoke at the stakeholders meeting, commended the bill but said that death sentence was no longer fashionable all over the world.

Komolafe said, “Hanging itself is inhuman by conventions as against life imprisonment. I appreciate this bill, it is very timely, but we hope it will be passed in time.”

He, however, urged the lawmakers to find a way of not getting genuine rescuers from being robed in cases of pretentious kidnap.

Another stakeholder, who is the Director of Legal Drafting in the Lagos State Ministry of Justice, Mrs. Yejide Kolawole, who also commended the bill, said that it was essential that element of conspiracy attempt to kidnap be added in the Bill.

“I suggest 21 years imprisonment for conspiracy to kidnap, depending on the level of involvement. However, seven years penalty for section 4 is too mild. I suggest 20 years to deter those who would want to engage in the crime.

“On section 5, anyone who instigates kidnapping should be given a stiffer penalty of 25 years, though the person does not participate overtly in act.

“On section 7, owners of a building used to aid kidnapping should have a higher punishment than mere forfeiture of property,” she said.

Also, a Chief Magistrate in Lagos State, Mrs Seri Sholebo said that it was fundamental to add conspiracy to kidnapping, stressing that the ministry had not been able to convict offenders on conspiracy since 2011.

Sholebo however, suggested 180 days window for trials of offenders rather than the stipulated 60 days due to anticipated delay in handling the cases.

A Director in the Lagos State Office of Public Defender (OPD), Mr. Borokini Fatai wanted to know what could happen if the trial could not be concluded within 60 days, as he said that a defence counsel could ask for the withdrawal of the matter after the stipulated number of days.

The Legal adviser of the Lagos command of the Nigeria Security and Civil Defence Corps (NSCDC), Mrs Adebimpe Bada called for the protection of whistle blowers on kidnapping, and stressed that she was very impressed with the bill.

The Lagos State Director of Public Prosecution (DPP), Mrs. Idowu Alakija said that there were challenges which would not make 60 days trial possible as she said that some victims and witnesses are unwilling to appear in courts for kidnapping cases.

Alakija, however noted that death sentence was no longer popular, and that it had not been effective and has not served as a deterrent factor, and suggested life sentence.

The Chairman of the House Committee on Judiciary, Human Rights, Public Petition and LASIEC, whose committee handled the public hearing, Hon. Adefunmilayo Tejuosho, had earlier said in her welcome address that the Bill was necessary to curtail kidnapping in the state.

She commended the sponsor of the Bill, who is also the Speaker of the House, Rt. Hon. Mudashiru Obasa, and said that stiffer penalty was needed to nip the trend of kidnapping in the bud considering the horrible experience victims of kidnapping usually go through.

“We need laws to safeguard the citizens. We looked at the law on kidnapping and we felt that it should be amended to curb the crime.

“Criminal act has become lucrative and it is thriving today and this is worrisome. There must be a deterrent law to make the crime unattractive. The punishment should be severe and harsh.”

In his keynote address, the Speaker of the House of Assembly, Rt. Hon. Mudashiru Obasa condemned the trend of kidnapping in the state, stressing that the act should be punished by the death penalty.

Obasa, who was represented by the Majority Leader of the House, Hon. Sanai Agunbiade said that those who engage in the crime were not fit to live.

“The best we can do is to elaborate and increase the penalty to deal with the menace. If anyone has an intention to kidnap somebody, it means such a person is not fit to live,” he said.