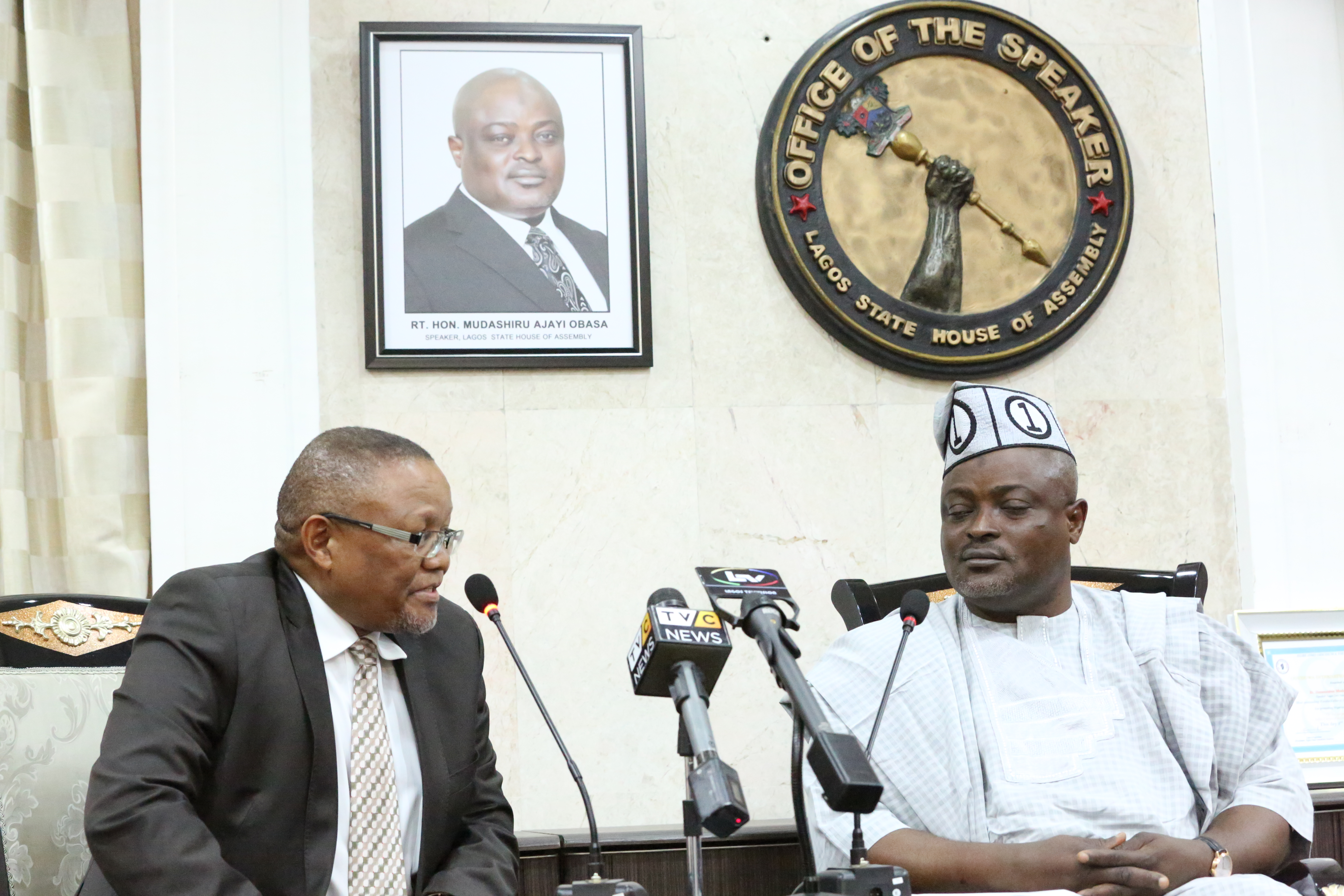 By Chioma Anifowose
The Speaker, Lagos State House of Assembly, Rt. Hon. Mudashiru Obasa, has called for more business collaboration with South Africa in other to boost the economy of both countries.
Rt. Hon. Obasa stated this on Monday, September 5, 2016, while welcoming the Consul General of South Africa High Commission in Lagos, Mr. Darkey Africa who paid him a courtesy visit in his office at the Assembly Complex, Alausa, Ikeja.

The Lagos Speaker made it known to his visitor that Lagos is a business hub with secured environment, noting that the present administration in the state has placed priority on security of lives and properties as a major step towards attracting investors and developing the economy of the state in particular and the country at large.

Rt. Hon. Obasa further explained that signing of the Property Protection Bill into law by the state Governor, Mr. Akinwunmi Ambode, was done to protect citizens, businesses and investors.

The Lagos Assembly Speaker stated that thus the two countries being the biggest economies in the continent need to collaborate in new investment areas such as power, transport and real estate. “Apart from this, we can also collaborate on legislative matters through exchange of programs and capacity development. The relationship between Nigeria and South Africa has remained strong and cordial and we must all work together to keep the relationship stronger and more cordial,” Rt. Hon. Obasa said.

Speaking earlier, the Consul General of the South Africa High Commission in Lagos, Mr. Darkey Africa, applauded the leadership of the state acknowledging the fact that Lagos remains the foremost state in Nigeria and remains the role model for others to emulate.

The South African envoy expressed the eagerness of his country to collaborate with Nigeria in improving economies of both countries.

“I have come to present the many possibilities in South Africa for collaboration with your country while also taking back the possibilities here to my country,” he said.

The South African envoy was accompanied to the Speaker’s office by the Head of Political Section of his office, Mr. David Mbedzi.