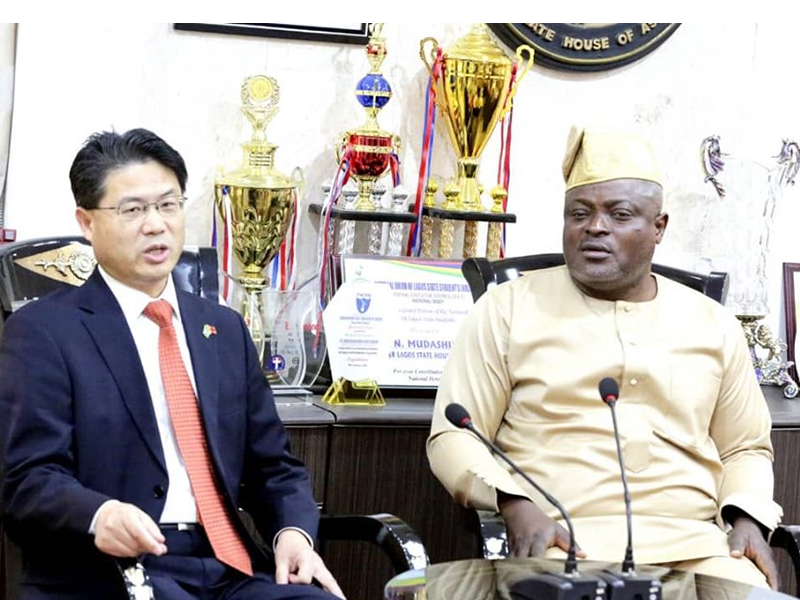 The Speaker of the Lagos State House of Assembly, Rt. Hon. Mudashiru Obasa, has called for more cooperation between Nigeria and the Chinese government.

Obasa made the call when he received the Chinese envoy led by the country’s Consular General in Lagos, Chu Maoming.

At the meeting which held at the speaker’s office at the Lagos state House of Assembly, Obasa commended the Chinese government for establishing and sustaining mutual cooperation between it and Nigeria.

The speaker also commended China for supporting and standing by Nigeria’s thriving democracy.

“I know that having such cooperation between the Lagos state House of Assembly, Nigeria and the government of China and its parliament is something that would be mutually beneficial. It will particularly be beneficial to us in Lagos state,” speaker Obasa said.

He urged the Chinese government to take advantage of the many opportunities offered by Lagos for such mutually beneficial goals.

Speaking earlier, the Consular General commended the Lagos government for supporting and protecting the country’s businesses and nationals resident in the state.

He said: “I came to Lagos at the end of May, which is a very important time between the Chinese government and other countries.”

He recalled that in 2018, China held a symposium which was focused on what he described as the cooperating feature with other countries.

According to him, President Muhammadu Buhari was at the summit and had discussions with the Chinese president.

The Consular General said that at the meeting, the two presidents signed an important document focusing on strengthening business opportunities between both countries.