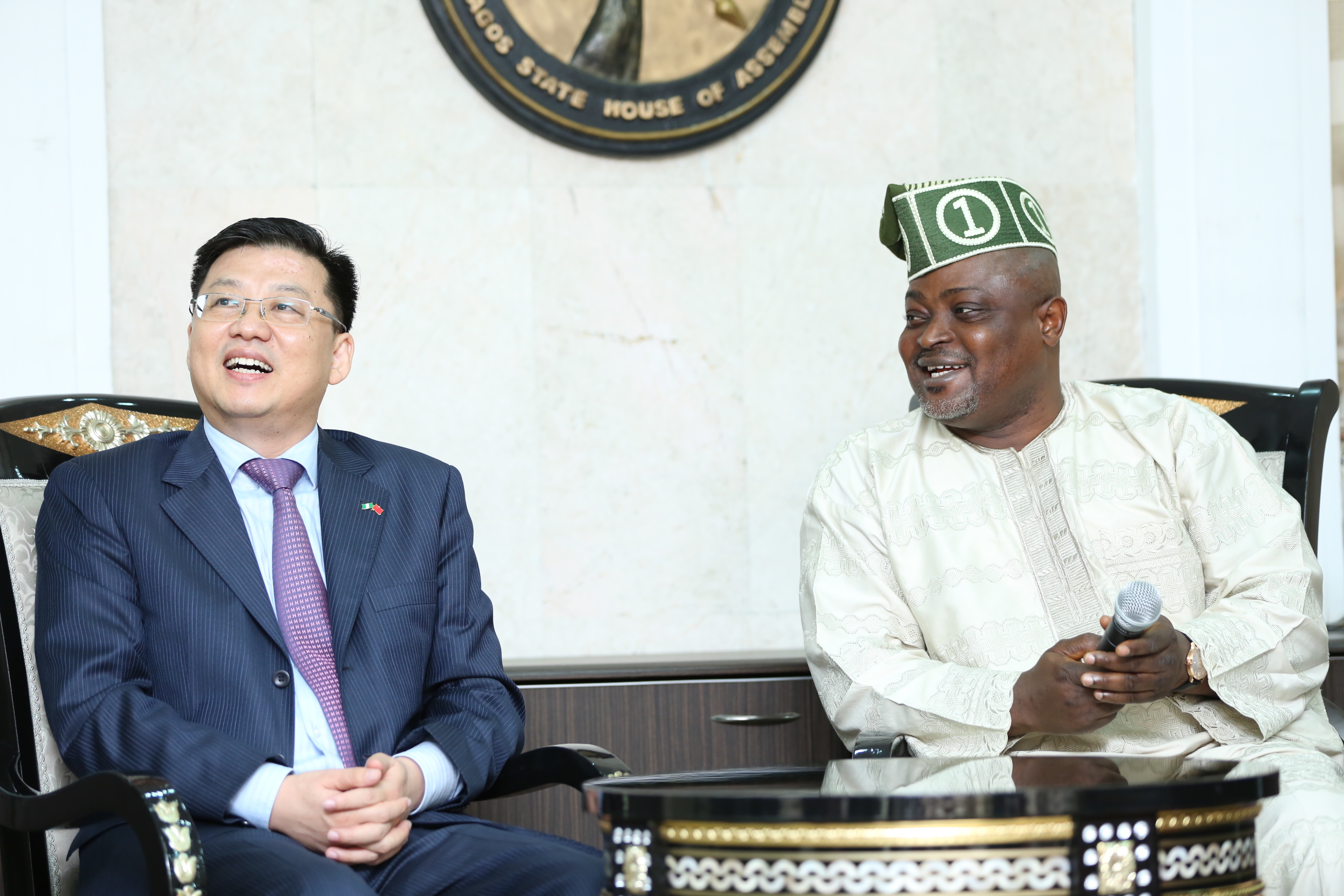 The Speaker of the Lagos State House of Assembly, Rt.Hon. Mudashiru Obasa, on Thursday, 12th May, 2016, assured the outgoing Consular General of the China Consul Office in Lagos, Mr.Liu Kam that Nigeria in general and Lagos in particular will continue to work to improve the existing cordial relationship between Nigeria and China.

The Lagos Assembly Speaker stated this in his office at the Assembly Complex, Alausa, Ikeja when Kan came to bid him farewell from the country.
“The fact that you came here to say goodbye is a testimony to the fact you cherish this relationship and I want to assure you that the feeling is mutual. We will continue to work to improve the already existing cordial relationship between Nigeria and China for the general benefit of our people,” he said.
Rt. Hon. Obasa assured the outgoing envoy that the state government and the House in particular will extend to his successor similar hand of fellowship he enjoyed throughout his two and half years stay in Lagos, “and we also hope the person coming to replace you will continue from where you left”.
Speaking earlier, Kan expressed his sincere gratitude to the government and people of Nigeria, Lagos and the House of Assembly in particular for the support he enjoyed during his stay in the country which has engendered and improved the existing cordial relationship between the two countries.
The Chinese envoy stated that he is going with fond memories of his stay in Nigeria which he will cherish for life.
Kan further commended the APC leadership of the country, and the numerous positive achievements that have been recorded in a short time in improving the bilateral relationship between Nigeria and China noting that the recent visit by President Buhari to China has further cemented the strong bond between two countries.