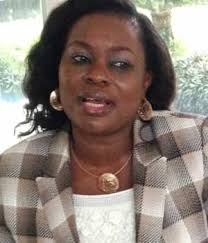 The Speaker of the Lagos State House of Assembly, Rt. Hon. Mudashiru Obasa has congratulated the Managing Director and Editor in Chief of the Telegraph newspapers, Mrs. Funke Egbemode on her emergence as the substantive President of the Nigerian Guild of Editors (NGE).

Rt. Hon. Obasa, in a statement by his Chief Press Secretary, Musbau Razak, said the emergence of Mrs. Egbemode as the president of one of the most highly recognised and respected professional bodies in the country is a confrmation of her professionalism and the high esteem she is held by her colleagues.

“I have follow your writings over the years and you’ve proved to be a role model for budding journalists who have the desire to excel in their chosen profession.

“Your emergence therefore, is not only a confirmation of your professionalism but also a confirmation of the high esteem members of this association, one of the most highly recognised and respected in this country, hold your humble self,” the Lagos Assembly Speaker said.

Rt. Hon. Obasa urged Mrs. Egbemode not to relent in using her position as the NGE President to ensure that the association continues its commitment to the protection and promotion of the country’s democracy.

“Nigerians look up to the NGE not to relent in its commitment to the protection and promotion of this hard earned democracy and.I’m sure that the Guild under you will not drop this responsibility,” the Speaker said.

“On behalf of my colleagues at the Lagos State House of Assembly, I congratulate you on this honour and I wish you a successful tenure in office,” Rt. Hon. Obasa said.