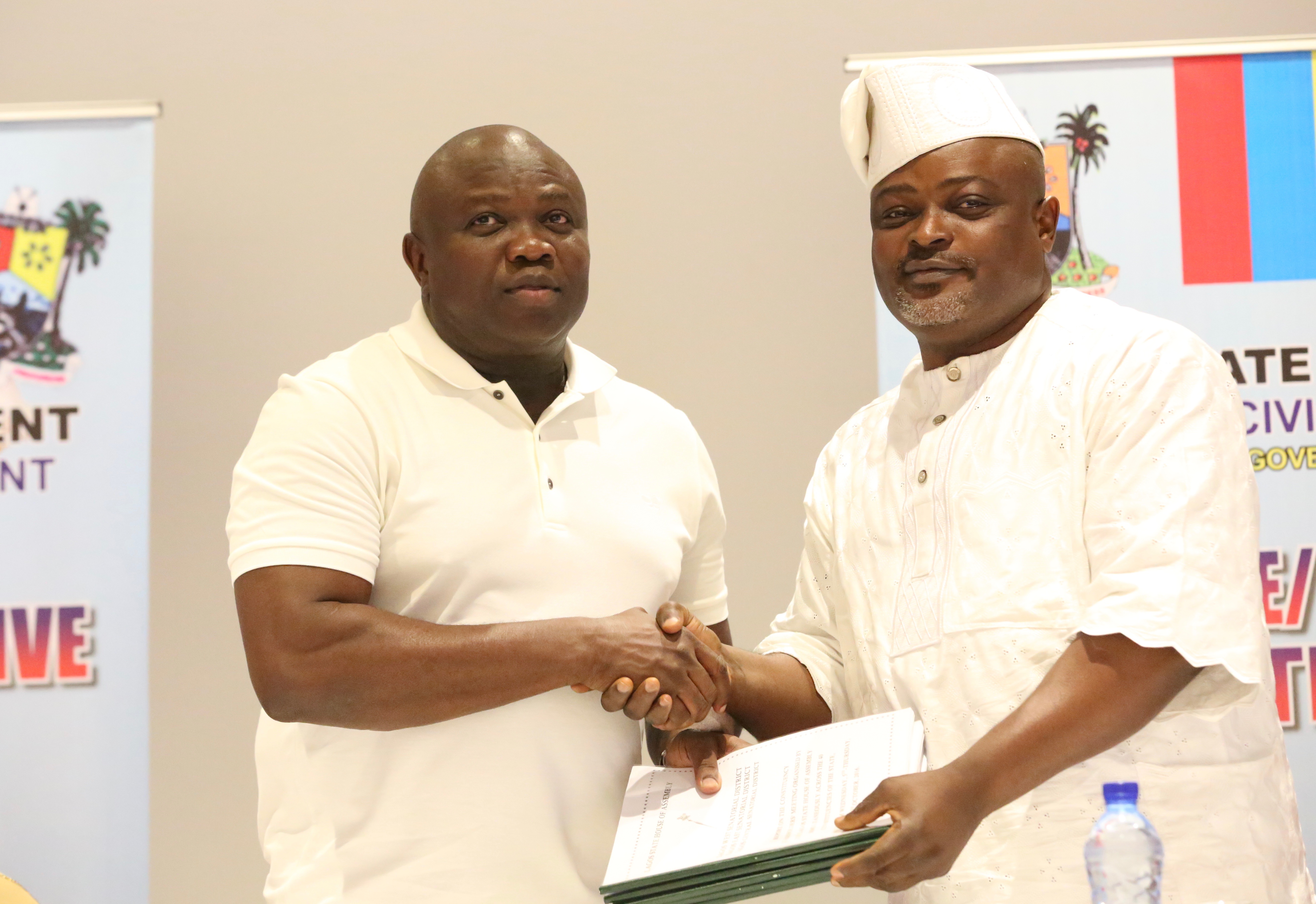 The Speaker of the Lagos State House of Assembly, Rt. Hon. Mudashiru Obasa has handed over the reports of the constituency stakeholders’ meeting organised by the House to the state Governor, Mr Akinwunmi Ambode for implementation.

The constituency stakeholders’ meeting, second in the series, took place simultaneously in all the 40 constituencies in the state.

The reports contained the requests and recommendations of the people of the state spread across the 40 constituencies on how the state will continue to achieve development and growth.

On Friday during the Executive-Legislative Parley organised by the state government, Obasa told the Governor that the reports contained the wishes and recommendations of the people of the state urging him to ensure their implementation.

“We decided to feel the pulse of our people through the constituency stakeholders’ meeting and what I’m presenting to you today is their aggregate demands and recommendations collated by our field officers who worked in the 40 constituencies,” the Lagos Assembly Speaker said.

Governor Ambode while receiving the reports from the Speaker assured that the contents would form major components of the 2017 budget.

“These are the wishes of Lagosians and these will help us greatly in preparing the 2017 budget. These reports will save time because they are the direct requests of the people so we have something to work on,” Ambode said.

Ambode later handed over the reports to the state Commissioner for Economic Planning and Budget, Mr Akinyemi Asade for implementation.