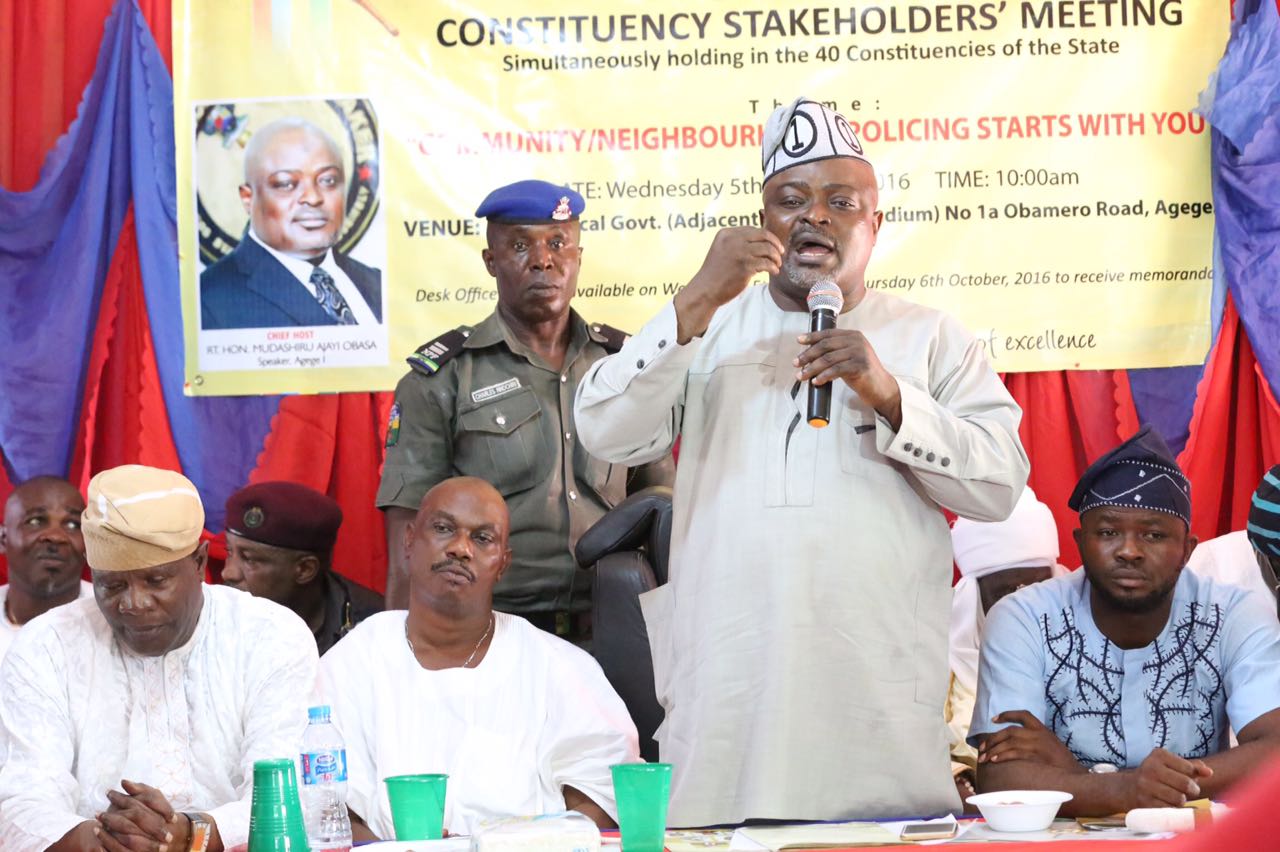 The Speaker of the Lagos State House of Assembly, Rt. Hon. Mudashiru Obasa, has called on Lagosians, particularly the people of Agege, to take good care of government projects in their communities so that they can enjoy their benefits for long period of time.

Obasa spoke on Wednesday at Agege during the one day Constituency Stakeholders’ Meeting for his constituency, Agege State Constituency 1.

According to Obasa, the government at all levels particularly in Lagos State is trying its best to ensure that all communities are evenly developed and to ensure that the people enjoy dividends of democracy even at their doorsteps. 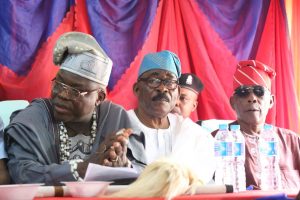 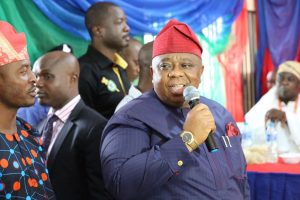 “However while the government is doing all this, the onus lies on our people to ensure that they take proper care of these projects and ensure that they are properly maintained for them to last long,” the Lagos Assembly Speaker said.

He stated further that the projects executed by government at different communities are meant for the benefit of the people particularly those residing in the benefiting communities.

“Therefore these projects are not government projects but rather peoples’ projects hence the onus lies on our people particularly traditional rulers, community leaders, trade union leaders as well as the youths to.ensure that the projects are properly taken care of,”Obasa said. 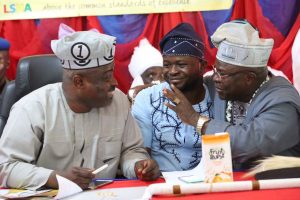 The Lagos Assembly Speaker described the annual Constituency Stakeholders” meeting as a stock taking event where each lawmaker in the 40 member state House of Assembly gives report to his or her constituents of his or her activities in the last one year.

“It is also an opportunity for the constituents to table their demands before their representatives for implementation,” the Speaker said. 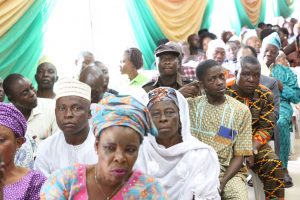 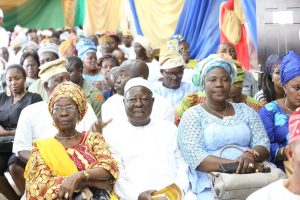 Giving account of his stewardship in the last one year to the people of his constituency, Obasa stated that six major roads have been constructed in Agege and five others are ongoing.

“Apart from these, there is ongoing Abule Egba and Pen Cinema fly over bridges as well pedestrian bridges at Cement bus stop, Dopemu under bridge and Iyana Ipaja all ongoing,” he said. 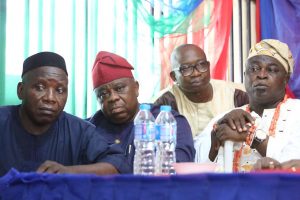 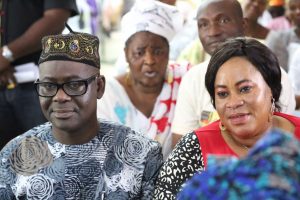 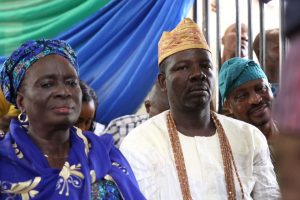 The event was well attended with the presence of the state Commissioner for the Environment, Dr Samuel Adejare; the member representing Agege Federal Constituency in the House of Representatives, Hon. Taofeek Abiodun Adaranijo; the leader of the All Progressives Congress (APC) in Agege, Professor Tunde Samuel; APC chieftain, Chief Safari Adaranijo; two time former Chairman of Agege Local Government, Chief Enock Kolapomoye Ajiboso; the Olu of Agege, Oba Kamila Isiba; the Sole Administrator of the local government, Comrade Gbenga Abiola and his Orile Agege LCDA counterpart, Agboola James among others.