Lagos Assembly through its Committee on Environment has charged the Lagos State Parks and Gardens agency to protect the environment against the effect of climate change. 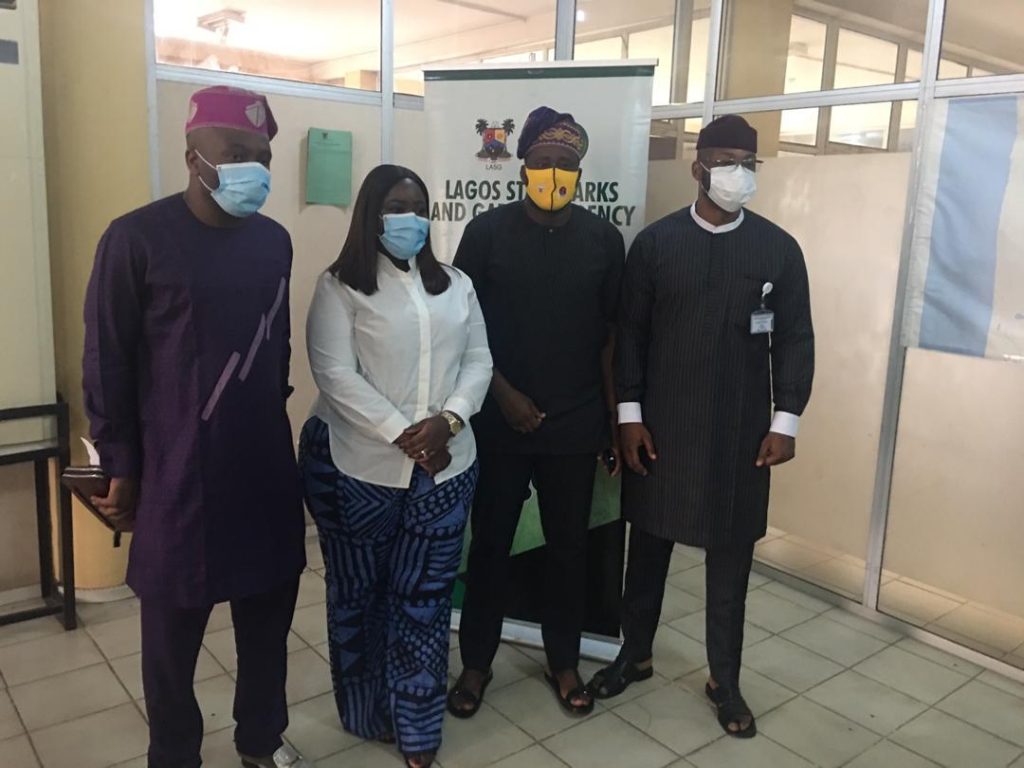 Speaking at a familiarization visit, the Chairman of the Committee, Hon. Desmond Olusola Elliot stated the importance of the agency in ensuring a safe climate, ” We are here to ensure that Lagos Parks and Gardens is living up to expectations. We want an indepth knowledge of what you do, to enable us advise, assist and promote the functions of the Agency for effective actualisation of a viable environment and a greener Lagos, thereby neutralising the effect of climate change that obviously threatens the world and Lagos State in particular.”

Hon.Ajani Owolabi commended the agency for the beautification of some highbrow part of Lagos, but urged them to replicate this effort around the entire State.

Hon. Adedamola Richard Kasumu a Member of the Committee while commending the agency for standing strong through the period of COVID-19 pandemic informed the gathering that a second wave of the dreaded disease is imminent with its attendant effect on the economy, he further enjoined the agency to ensure that Lagos Parks and Gardens adheres to the preventive measures put in place by the State Government.
He also, requested the General Manager of Lagos State Parks and Gardens agency, Mrs. Adetoun Popoola to clarify the issues raised recently by Arise News on closure of Gani Fawehmi Park at Ojota.

Mrs. Adetoun Popoola while appreciating the visit of the Legislators, expressed that LASPARK was established to ensure a sustainable, beautiful, safe and healthy State through establishment of functional parks, gardens and recreational centres which is in line with international standards and all these are geared towards achieving the green and healthier Lagos for all.

In response to the Arise News observation, she said, “With the approval of the Governor, Mr. Babatunde Sanwo- Olu, all the 10 parks in the State were shutdown during the COVID-19 Pandemic because most of the people who visit the parks are children or adult who were at risk of contracting the disease and were advised to stay at home”

“Months after the Governor announced the partial opening of public parks for business, we opened only four parks to save operating cost, these includes the Oregun park, Ndubusi park, Muri Okunola park and Ikorodu park. Sadly, during the End SARS protest, Hoodlums vandalised and looted the Ikorodu park and Oregun park was burnt down thereby causing social default and we had to shut down.” She explained.

Announcement of the closed parks were made on social media and new media. The only two parks in operation are the Ndubusi park and Muri Okunola Park.

She added that despite the parks being open for business, there are strict compliance of the COVID-19 protocols.

While noting some of the challenges faced by the agency, such as low budgetary allocations; as fund generated from the parks goes into operating cost, she lamented the shortage of enforcement team.

Mrs. Popoola further explained that LASPARK endeavors to create a serene environment for the purpose of relaxation and several measures have been put in place by the agency to ensure that communities enjoy the amenities; however, she emphasized that LASPARK is a revenue creating agency.

The Committee also visited the Lagos State Water Regulatory Comission, where the Executive Secretary, Mrs. Funke Adepoju took the Committee through the functions and obligations of LSWRC. She noted that the Agency have the mandate to ensure that water managent services are properly carried out in the State by ensuring the financial sustainability of the water service providers.

The Agency see to the economic regulation of the sector reform and rehabilitation of essential services.

The Agency also issue licencing permit to regulate the activities of drilling of borehole in order to avoid pollution and contamination.

“We depend largely on ground water and so many issues such as dumpsite and pollutions were affecting ground water in the State, hence the need to bring in experts to work on Innovation and Technology.” She said.

Mrs. Adepoju, however stated that the Agency is set to sensitize and organise a workshop for table water producers and borehole drillers on best sustainable practices considering the sedimentary area in the State.

Chairman of the Committe, Hon. Elliot Commended the Executive Secretary for passion dedicated to work. He acknowledged the many challenges faced by the Commission particularly the issue of work space.