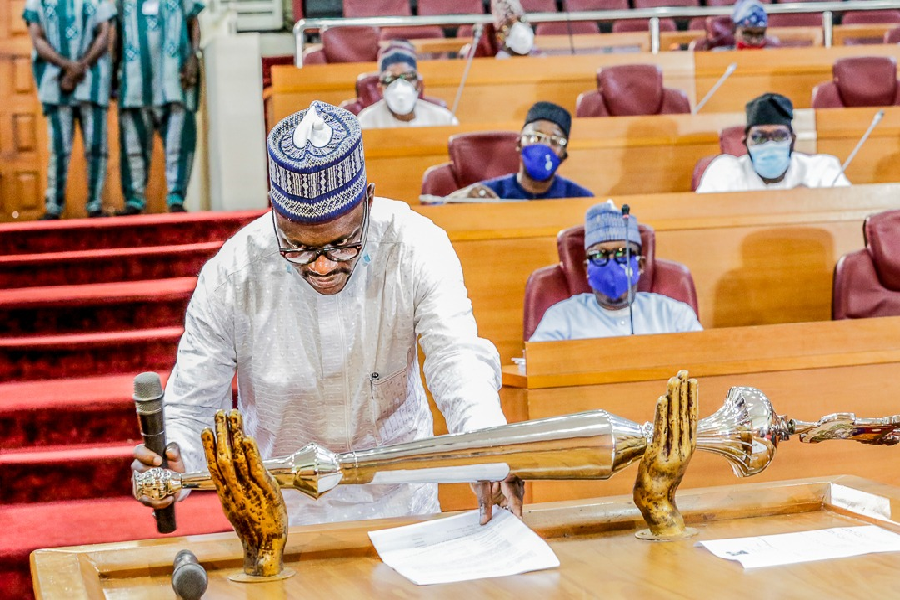 The Lagos State House of Assembly at plenary today, Thursday May 14, 2020 approved three Governor Nominees as members of the Lagos State Audit Service Commission out of the five names sent.

While Mr Abiodun Oladipo Akhigbe nomination was unanimously rejected by the members, the fifth nominee, Mr Jimoh Akerele Ibrahim was however absent during the screening.

It is worthy to note that the nominees’ were recommended by the Governor for a second tenure in Office through a letter addressed to the Clerk of the House which was read during the Sitting.

In the same vein, the lawmakers approved the Governor’s request for ratification of the agreement on the Lagos State Unified Fibre Infrastructure and Connectivity project.

The House Committee on Public Private Partnership earlier recommended that the duct should be public user fee asset in accordance with Section 27 of the PPP Law which states “notwithstanding the provisions of any law, the board may designate any public infrastructure or public asset, any road, bridge or highway within the state as public infrastructure or public asset with respect to which user fee or toll shall be payable for the purpose of this law subject to the approval of the House of Assembly.”

The Committee also recommended that the State Government should enter into an agreement with Western Telecoms and Engineering Service Metro Ltd for the implementation of the contract for the Lagos State Unified Fibre Infrastructure and Connectivity project in accordance with the Public Private Law of the state.

The Speaker of the House, Rt. Hon. (Dr.) Mudashiru Obasa issued the approval during Plenary saying “Pursuant to Section 27 of the Public Private Partnership Law, 2015, this House hereby approves Mr. Governor’s request for ratification of the agreement of Lagos State Unified Fibre Infrastructure and Connectivity Project.”