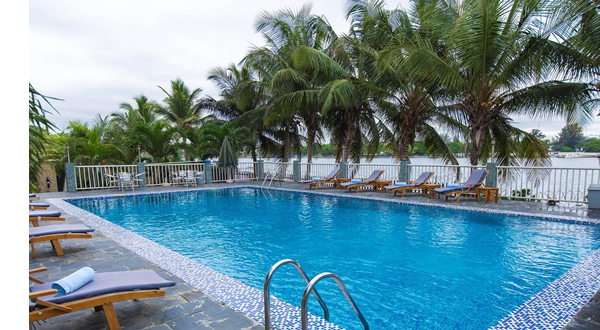 The Lagos State Government has concluded plans to regulate swimming pool operations in the state.

According to the proposed regulations entitled; “Lagos State Safety Commission (Public Swimming Pools) Regulations 2014,” it would be an offence to operate swimming pool service without permission.

The content of the regulation was examined by stakeholders at a meeting called by the Lagos State House of Assembly Committee on Special Duties today at the Assembly complex.

In his speech at the event, the Speaker of the Assembly, Rt. Hon.Mudashiru Obasa, who was represented by the Majority Leader, Hon. Sanai Agunbiade, said that it was necessary for the state to regulate swimming pool operations as a mega-city that would soon become a smart city.

A stakeholder, who is also the Secretary/Legal Assistant of the Commission, Mrs. Omotola Sanusi, said that the commission has made some additions into the regulation.

Some of the additions are that no swimmer should enter the pool with an open wound and that there should no swimming without a lifeguard on duty.

Another stakeholder, Mrs. Folarin Adeola, a legal officer from the state Ministry of Tourism, Arts, and Culture, advised that it should be included in the regulations that first aid box should be placed at the side of any swimming pool.

Adeola also suggested that the penalty of N20,000 for any individual that runs foul of the regulations was too meager and that it should be increased.

In his submission, Hon. Olanrewaju Ogunyemi wondered why the regulations target only public swimming pools, adding that private swimming pools should also be regulated as accidents occur in them on a regular basis.

The Director General/CEO of the Commission, Mr Hakeem Dickson noted that the regulation had been initially stepped down by the 7th Assembly in 2013 because some things were missing in it.

Dickson said: “I have to push for this, though it was drafted by my predecessor.

“We want zero tolerance of unnecessary injury and death, zero fatality and casualty around our swimming pools. We don’t want people to just die just like that in our swimming pool, so we want to know why.

“The owner of the swimming pools should be able to put enough awareness and enough on signage and every other things necessary around swimming pools that people can see,’’ he said.

He said that policy and safety statements must be visible stated by any operators to ensure safety of lives.

Speaking with newsmen, Hon. Hakeem Olusola Sokunle, acting Chairman, House Committee on Special Duties and Inter-Governmental Relation said “This regulation has to do with safety around our swimming pools in Lagos State.

“Since we know Lagos State is moving from Mega City to Smart City, we should be able to have a regulation that will regulate all the swimming pools in Lagos State.

“It is all about reducing the death rates in the swimming pools in the state,’’ he said.

According to him, the regulation, if passed by the House, will allow issuance of Compliance Certificate to swimming pools’ operators in the state to reduce the swimming pool-related casualties.

He said the bill prescribed penalties for non- compliance in the administration of swimming pools.

Sokunle said that the development would also generated revenue to the state, as defaulters would be forced to pay penalties.

According to him, there has not been any regulation in the history of the state that focus on swimming pools, saying the regulation will assist the commission to perform his responsibility better.

“Without this regulation, this commission won’t be able to perform his duties as regards safety of lives around swimming pool.

“There are task forces that will work with the safety commission to ensure compliance to the provisions of the regulation,’’ he said.

Meanwhile, the regulations directed that no person shall operate public swimming pool, beach, wading pool, whirlpool, spa, hot tub or others relating to health unless it is approved by appropriate authority in the Ministry of Physical Planning and Urban Development that would issue a certificate of approval.

The regulation provides further that all public swimming pools should have an alarm capable of detecting a person entering water at any point on the surface of the pool and giving an audible alarm.

It added that every installation intended to allow or prevent access to the swimming pool must be kept in good working order.

According to the regulation, any person, who contravenes or fails to comply with the provisions of the regulations shall be liable to a penalty of N20,000 (Twenty Thousand Naira).

“A swimming pool operator, who contravenes a provision of these regulations is liable to a penalty of N250,000.00 (Two hundred and fifty thousand naira) only,” it said.

All swimming pool owners were also directed to post a sign stating the rules of the pool in a conspicuous position within the pool enclosure.

“The signage shall contain information indicating the location of telephone for emergency use; emergency numbers, “no lifeguard on duty” in the circumstance where lifeguards are not required,” the regulations added.

Cleanliness of swimming pools was also stated in the regulations with a directive that the operator of the swimming pool shall keep it clean and clear of obstructions.

They are also to provide adequately equipped hand basins, and where such services are offered; bathing suits and bath-towels ‘shall be laundered after each use and stored/handled in a sanitary manner.’

Also included in the regulations that would still be debated by the lawmakers is a provision that public swimming pools water and the walls and bottom of pools shall be kept free of visible dirt, liter, body oils and algae growth.