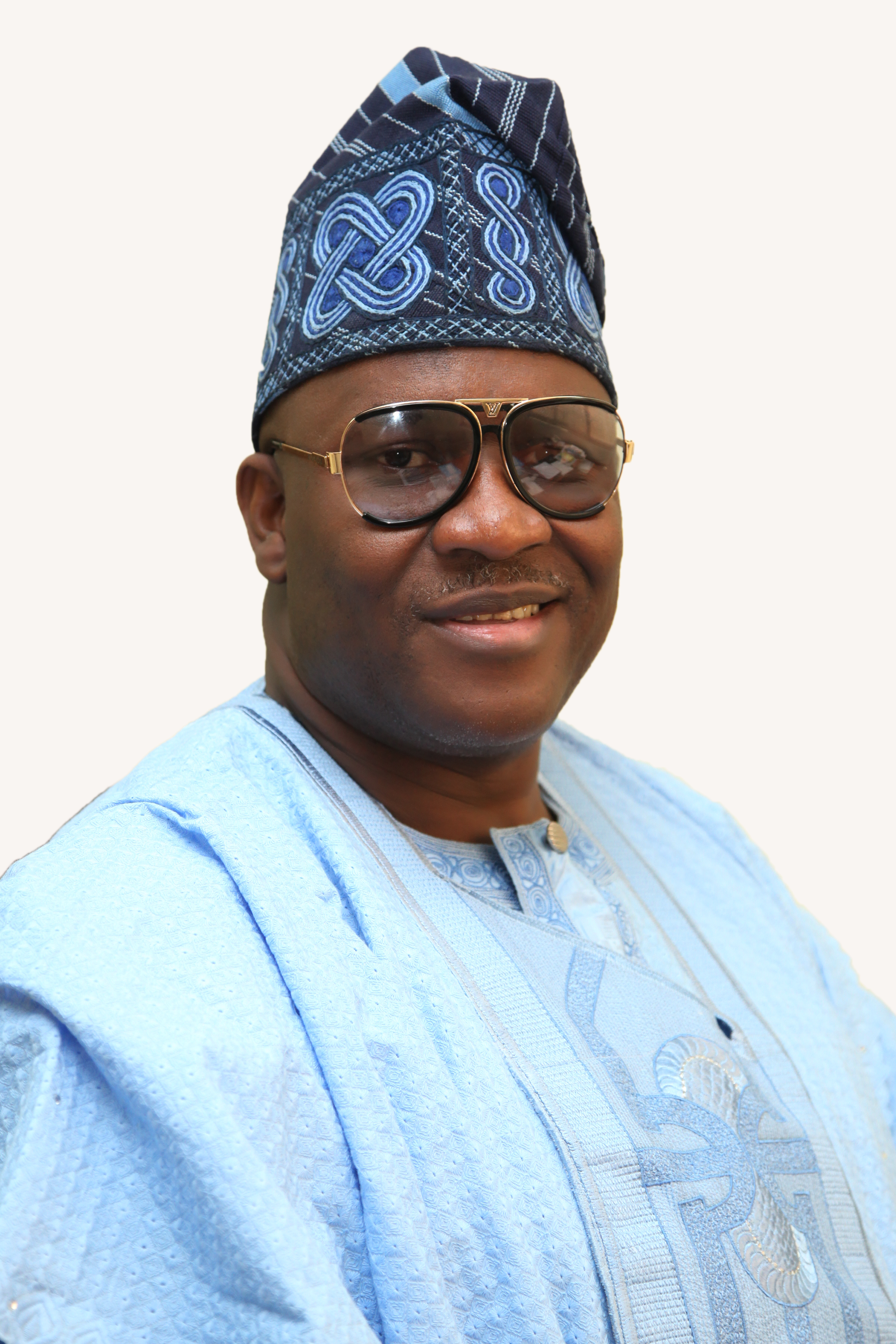 Governor Akinwunmi Ambode of Lagos State recently signed the Land Grabbing Bill into Law and the people of the state are still debating its implementation.
In this interview he granted, Chairman,House Committee on Information and Strategy, Hon. Tunde Braimoh speaks on why the law came into being and what the government plans to do with the defaulters amongst other matters of interest.

The Governor recently signed the Land Grabbing Bill into Law, how would you react to this?

The law is not a decoration, it has to be obeyed, I have no doubt in my mind that the law would be obeyed by the people of the state. We are not begging anybody to obey the law, whoever does not obey it would face the consequences of the law because the law passed through due process. It was not made by the fiat of the assembly, we had public hearing on it, where we got the input of the people. I would appeal to the people not to misuse their liberty. We cannot continue to allow the issue of land grabbing or unnecessary take over of land to continue the way it was in Lagos State. There is need to intervene on the issue of land in Lagos because it is like the oil in Niger State, a plot of land is sold for as high as N500 Million in some parts of the state. That kind of sector cannot be overlooked because lives and properties have been lost over this. So many ridiculous things are happening in that sector, you would see some people claiming money at every stage of development of a building and they even collect money when people deposit materials on their land. Some people’s fathers claim money for pieces of land sold by their forefathers decades or centuries ago, so we must regulate the way things are being done in that sector, which is what the law is all about. The law is to regulate land so that we don’t turn ourselves to Thomas Horbes kind of society, where everybody does what he or she likes. We cannot allow that.

How can the law deal with some powerful people that are behind this land grabbing issue and ensure that men of the judiciary perform their duties on land matters as expected?

Equity does not suffer any wrong remedy, everybody should be vigilant. People should not sleep on their rights. The law is that if you are in an undisputed or undisturbed piece of land for a period of 20 years, then you are the owner of the land. Of course, if there is a disturbance or litigation, that means something is going on about the land. If there is no disturbance or litigation, it means there is no problem. But if anyone has issues about land in the state, he has to go through a task force or the office of the Attorney General and Commissioner for Justice in the state or office of Land Bureau to claim the land. You don’t just go there personally, it would be tantamount to violence. No court would execute judgment without the other arms of government such as the Land Bureau, Attorney General of the state and others, who would look at the propriety of the judgment. A case of people trying to resell old land would be discouraged, the government would look at the whole thing. Now, there is a synergy amongst all the arms of government on land matters. The Governor made sure that the Speaker of the state House of Assembly, and the Chief Judge of the state were there when he was signing the bill into law, so the synergy is there. If there is a political will to do something, it would be okay, the law would work and the way it would work is because of the synergy amongst the three arms of government.
The Governor has told the Chief Judge of the state to set up a special court, not a mobile court, that would give room for accelerated cases of land matter. They are specially for land matters and there would be a task force on the matter. I want to appeal to anyone, who does not want to spend a long term in jail no to deal unlawfully and illegally about land matters in Lagos State anymore.

What can you say about the Neighbourhood Safety Corps Law that was also signed by the Governor?

The law is basically about how to raise the consciousness of people about policing. Nobody can police the environment properly like those, who know the terrain. We are not asking them to take up arms. What we are saying is that everybody must be conscious of security. Men of the corps would be organised on gathering intelligence information from the neighbourhood on the issue of security. There is need for an organised vigilance in the neighbourhood. In the past, people believed that if they give information to the police about criminals, the criminals would be told and they would come after them. This one is different, most of these people that forment trouble live in the neighbour hood and it would be easy to deal with them by the vigilance corps. So, everybody would be aware of security and people would be more confident to disseminate information to security agencies.

How many are the corps members?

As much as possible, the government has limited funds for this, but it is not a job, where you get salaries. If we give anybody money, it would be stipends, incentives or allowances. That is why it is Neighbourhood Safety and Vigilance Corps. We expect money from donor agencies and well-spirited individuals. If you look at it critically, some people have as much as three or four security men in their individual homes, why can’t we join hands to have one or two in our area and everybody would be happy. That is what we want to do to ensure a safe neighbourhood.

There is a general economic hardship in the country, what is your take on this?

Yes, it is a general problem, the economy is biting hard. Of course, you know we operate a monolithic economy, we depend solely on oil. This is the first time that the source of financing our budget is divided into three; one is from non-oil sector, the second from non-oil sector, while the third is from borrowing. In the past, it used to be entirely from oil. When the price of crude oil crashed in the international market, we all knew that there would be problem in the country. The way out is that we have to reduce our dependent on foreign spending. We are earning 30 or 20 from outside, but we spend as much as 100 outside, so the simple economics is that the lower the supply the higher the demand and the higher the demand, the lower the supply. We must reach an equilibrium, where the demand does not exceed supply. We must try and see that supply exceeds demand, if our supply of dollars exceeds demand, it would be better. In a situation, where people send their children abroad and they go their for healthcare, what do you think would happen. Look at what our state Governor did at the Lagos State University Teaching Hospital (LASUTH), we have state of the arts facilities there. They have laboratory equipment, beddings and others. But people don’t want to use them, they prefer to go to a mushroom hospital in India, when they are sick. They import all sorts of things from overseas with dollars. When we were growing up, we used to have motor plants in Nigeria that were producing Volkswagen and Peugeot cars. Then, it was compulsory that civil servants must drive either Volkswagen or Peugeot products, but what is happening now, they drive the most exotic cars in Nigeria. This show of affluence and flamboyance must stop, and we must change our orientation. We must stop our excessive crave for foreign products. There is no way we can get out of this unless we have enough oil to sell. Even if we have enough, the regulatory agency, the Organisation of Petroleum Producing Countries (OPEC) is there to control our supply. When we are given the quota that we could supply, but we are not supplying it because of the activities of Niger Delta Avengers that are blowing up the pipelines. So, we have these multi-faceted problems and the dollars we earn is so low and there is no magic to it. We cannot manufacture dollars. We should change our orientation, I have issues with people each time I travel abroad because of the way they treat Nigerians. Look at what the United States of America did to some House of Reps members, who were alleged to have committed rape, yet they could not proof the allegation. I am not supporting them, if they did it, it is another thing. Nobody can accuse the Americans anyhow, when they have not committed any offence. They are just saying they would revoke the visa of the reps members and they are saying all sorts of things. It is a civil matter that is on probability, if it is a criminal matter, you must proof it beyond reasonable doubt. If America had done it, I would have respected the ambassador, the way he did it was undiplomatic and it smacked of a ready-made mind that they don’t just want us. That is why we should reduce our travelings abroad unless it is very necessary. If we want to train about 10 people, why can’t we bring the resource persons here. It is even better the way they are treating us so that our people can learn.