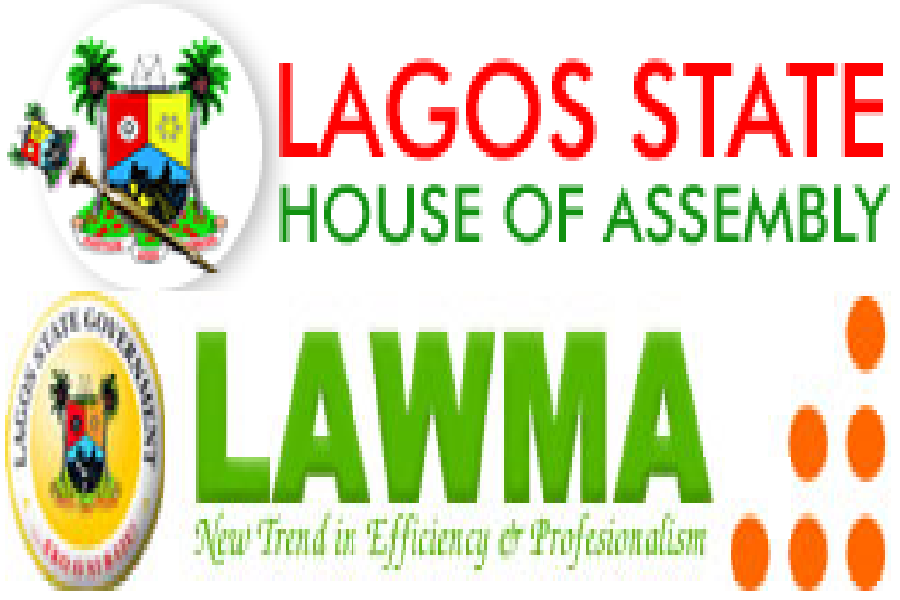 The Management of Lagos State Waste Management Authority, LAWMA on Tuesday, paid a visit to Lagos State House of Assembly’s Committee on Environment to intimate them on the synopsis of the agency and canvass for their legislative support.

Hon. Desmond Elliot, the House Committee Chairman, commended LAWMA for their thoughtful and timely visit as it sets the right track for the Committee.

Hon. Elliot alerted the waste management agency of the need to step up their games especially during this rainy season, stating that the mutual familiarisation will aide laudable amendments where necessary for the growth and development of the agency and for the benefit of the State at large.

He commended the efforts of the Agency’s contractors and sweepers in keeping Lagos State clean.

A member of the Committee, Hon. Ajani Owolabi in his view, noted that the welfare of LAWMA employees’ should remain paramount as they work diligently in ensuring that the streets of Lagos stay clean and aligned to the goals of a smart city.

In his response on the issue of the sweepers’ welfare and salaries, the Ag. Managing Director, Mr. Odumboni who led the LAWMA team stressed that the agency is working on ensuring that delayed salaries becomes matters of the past, while salary payment for the month of April has been approved. He said the payment of backlog salaries owed have been submitted to the Governor, Mr. Babajide Sanwo-Olu for approval.

“There has been an 100 percent increase in the amount paid to contractors of companies handling sweepers as the contractors are paid by the government to pay their staff salaries. We also have teams monitoring the sweepers on the field to certify that they are working in earnest in keeping Lagos State clean.” He revealed.

He added that the support of the House and especially the Committee on Environment would be deeply appreciated by the Agency.

Accordingly, Hon. Desmond Elliot announced that the Committee will be engaging on a site inspection of all dump sites in the State to monitor their activities.

Mr. Odumboni reaffirmed that the courtesy visit is to familiarise themselves with the House Committee and to disclose challenges faced by the agency as well as ensure an affable relationship moving forward.