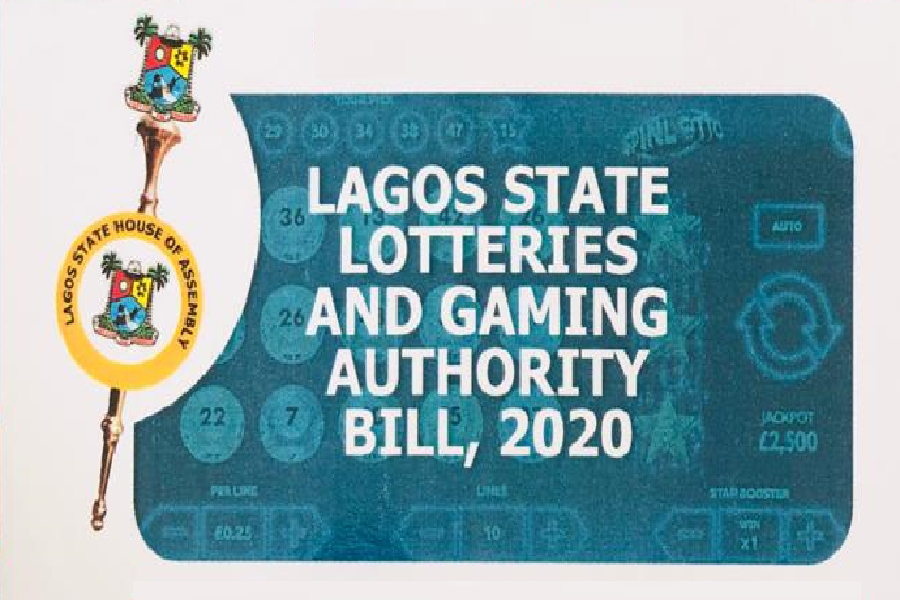 Lagos Assembly holds public hearing to regulate and control all lottery, pools and betting activities in Lagos State and pegs minimum share capital by operators to N20 million before license is considered.

This was disclosed during a Public Hearing held on Friday by the House Committee on Finance to regulate and control all their activities. 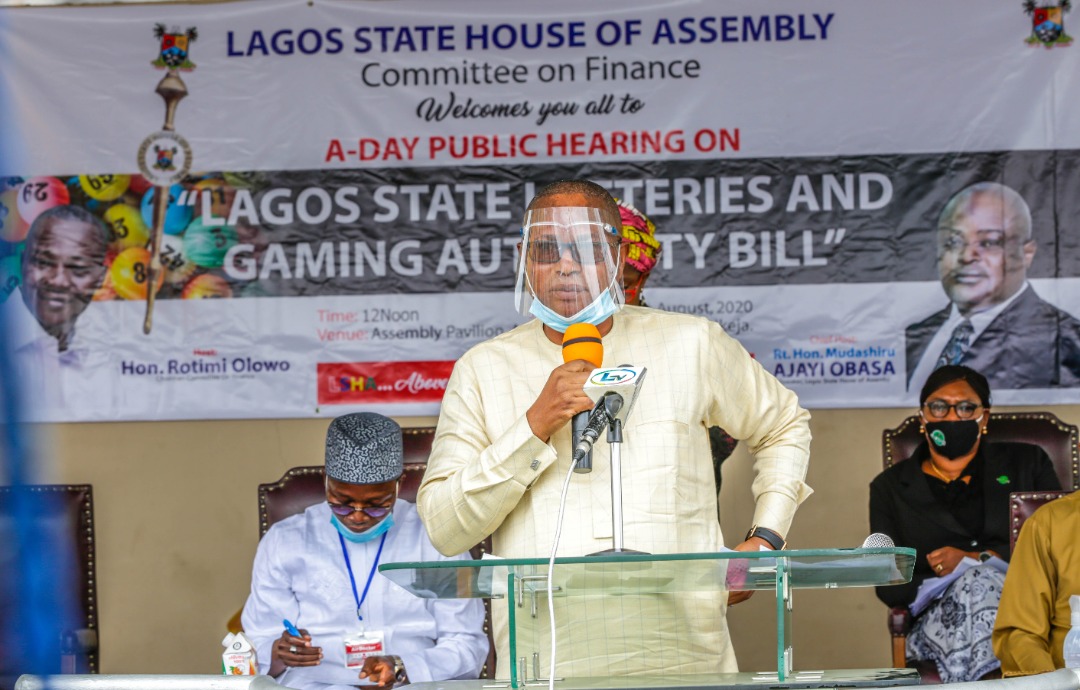 The Deputy Speaker, Hon. Wasiu Sanni-Eshinlokun who represented the Speaker of the House, Rt. Hon. (Dr.) Mudashiru Obasa expressed that there was need to address the emerging trends in the gaming industry.

“Lagos State through the pro-activeness of this House has timelessly promulgated laws to address the needy areas of Lagosians. It is our view that the 2008 Lotteries Law is in need of re-calibration to soothe the needs of the present and address future questions”. 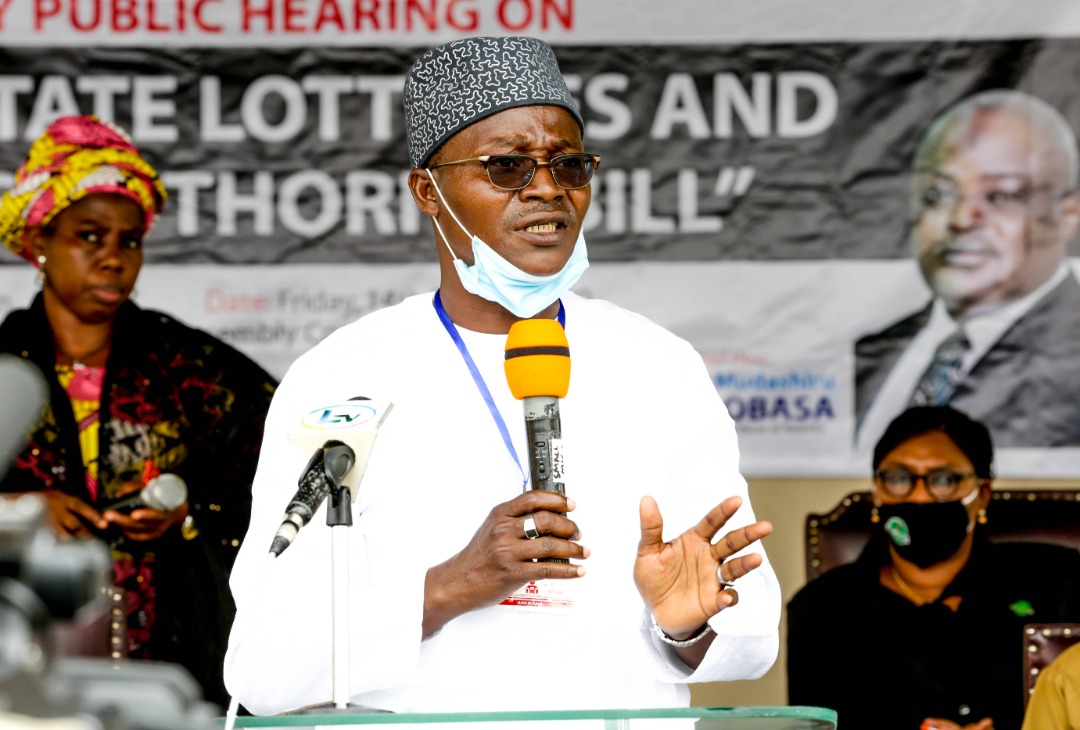 The Chairman of the House Committee on Finance, Hon. Rotimi Olowo explained that the public hearing was to create an avenue for stakeholders’ involved in the lotteries and gaming industries to address their concerns of the bill in other to create a better working environment in the industry.

“Lagos State through the pro-activeness of this house has timelessly promulgated laws to address the needy areas of Lagosians. 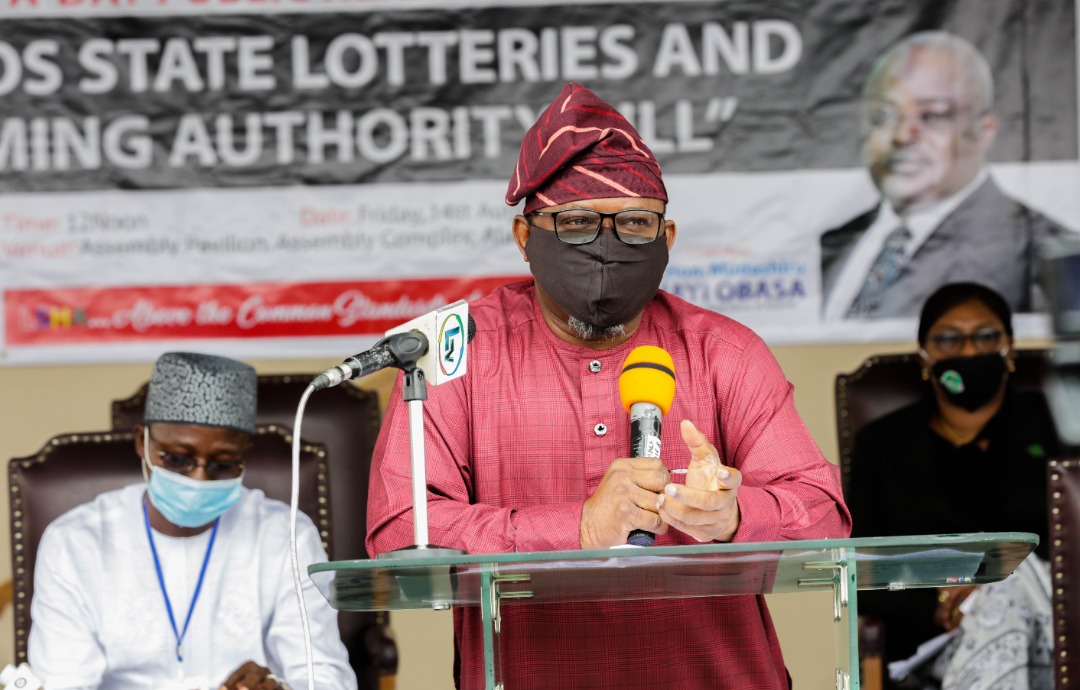 Hon Sanai Agunbiade while on the overview presentation of the bill, disclosed that the various sections of the bill spelt out the importance of the lotteries and gaming authorities which is saddled with the responsibility of coordinating what the bill is meant to achieve and repeal certain laws.

Dr. Rabiu Olowo, the Commissioner for Finance who also lent his voice to the deliberation expressed that the bill’s emergence is timely as a lot has changed in the Nigerian lottery and gaming industry and is expanding everyday while he enjoined all stakeholders present to take valuable essence of the public hearing by making their contributions.

Mr. Adebangbo Nojeem, a representative of the Association of Lagos State Promoters expressed that the composition of the Board is of great concern to them. He said there was no input of registered associations who are active actors in the gaming industry.

He added that the minimum share capital of N20m before license should be reconsidered and given special consideration to; as the pool, betting participants are senior citizens and the industry operate once a week; pleading that penalties should be reduced from N2.5m fine and 3years imprisonment to N1m and noncustodial punishment.

Mr. Tokunbo Akande of the Lagos State Internal Revenue of the State and Mr. Niyi Adekunle from Grand Lotto were of the opinion that the liberal use of ‘tax’ should be ejected and replaced with licensing or royalty fees as it affects the multiple interface use of taxes. It was also added that the financial requirement stated to secure a license was kind of expensive considering the fact that the requirement were just for one form of lottery.

In response to the stakeholder’s contributions, Hon. Wasiu Sanni- Eshinlokun, assured them that all comments will be taken into the review by the House Committee on Finance. He reiterated that the acceptance of Memoranda has been extended till Wednesday, 19th of August, 2020.