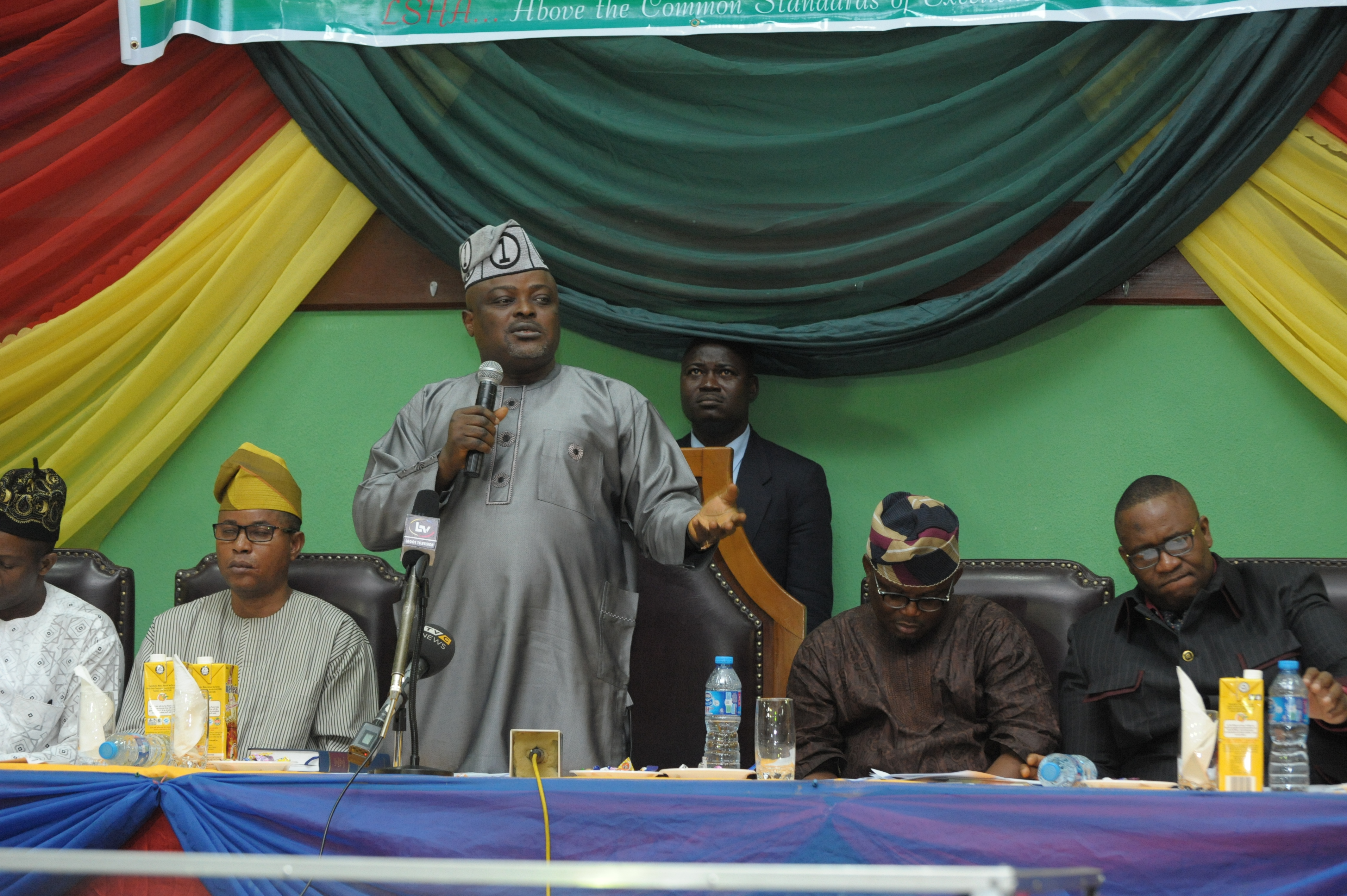 The Speaker of the Lagos State House of Assembly, Rt. Hon. Mudashiru Obasa has stated that the need to monitor and improve the effectiveness of vigilance groups, operating in the state, was one of the major reasons for the proposed bill to establish the Lagos State Neighborhood Safety Agency.
Obasa disclosed this at the Lateef Jakande auditorium inside the Assembly complex during a day public hearing on the bill for the establishment of the agency, organised by the House Committee on Information, Strategy and Security.
According to the Speaker, in a statement signed by his Chief Press Secretary, Musbau Rasak, the agency will register and regulate the activities of vigilance groups in the state; monitor them and ensure that they work within the dictates of the law which will in turn improve their efficiency and effectiveness.
“The present administration has made giant strides in improving security of lives and properties in the state and we in the House of Assembly have always played our part by giving legislative backing to initiatives aimed at improving security in the state,” the Speaker said.
He stated further that, in spite of the giant strides of the present administration in ensuring improvement of lives and properties, “we will not rest on our oars as we will continue to ensure that we put in place measures that will ensure complete eradication of crimes in this state”.
Obasa stated that the new bill, when passed into law, will also give more legal backing to the activities of vigilance groups as well as improve community policing in the state.
“We believe in state police but at present, since there is no provision for such, we believe we should put in place structures that will improve community policing in the state. We believe that the people should get more involved in the policing of their various communities,” he said.
The Lagos State House of Assembly Speaker stated further that the need to get input from stakeholders in the sector to be included in the bill was the major reason the public hearing was organised.
The Chairman of the House Committee on Information, Strategy and Security, Hon. Tunde Buraimoh, stated that the bill being proposed will improve community policing in the state.
“The Neighborhood Safety Agency will register, regulate and monitor vigilance groups in the state and serve as the link between them and other security agencies and improve relationship between them,” he said.