NIGERIA@60: LET THE UNITY OF NIGERIA REMAIN IN OUR DNA – SPEAKER OBASA

Lagos State House of AssemblyMediaNIGERIA@60: LET THE UNITY OF NIGERIA REMAIN IN OUR DNA – SPEAKER OBASA 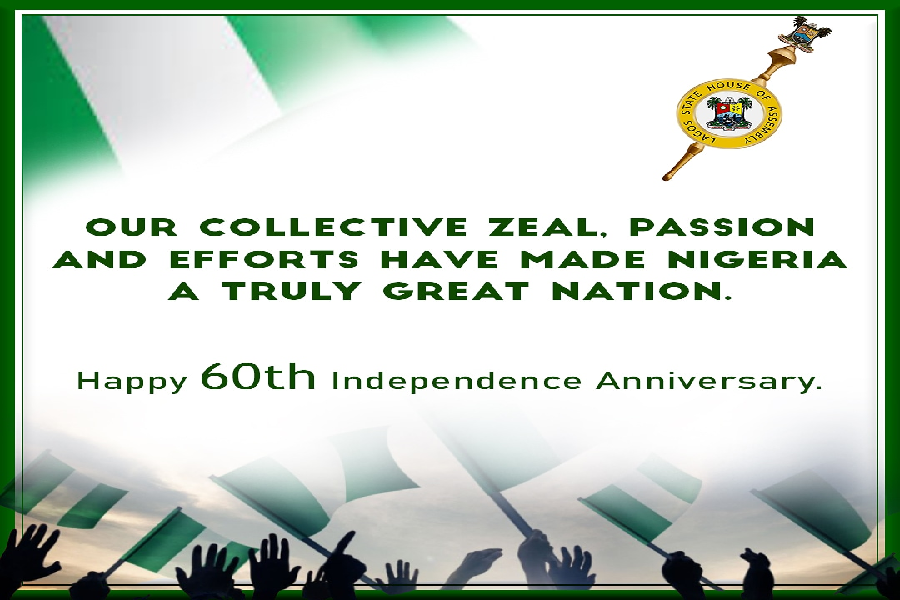 NIGERIA@60: LET THE UNITY OF NIGERIA REMAIN IN OUR DNA – SPEAKER OBASA

The chairman of the Conference of Speakers of State Legislatures in Nigeria, Rt. Hon. Mudashiru Obasa, has described the unity of Nigeria as a major factor in the continued growth, development of the country.

In a statement by his media office in commemoration of the 60th Independence anniversary of Nigeria, Obasa, who is also the Speaker of the Lagos State House of Assembly, argued that the respect the country gets in the comity of nations is as a result of unity.

The speaker urged all those currently agitating to reconsider the axiom that that there is strength in unity, a term he said the country’s founding fathers held tenaciously in the quest to make Nigeria a better place.

“Nigeria sure has much ahead of it and I am sure its leaders are not relenting in relation to how best they can steer the ship to that enviable height.

“We must, however, appreciate the fact that the country has remained together 60 years after independence whereas some others that were colonized with it have broken up or fragmented,” Obasa said.

While thanking the citizens for constantly standing by the country’s democracy, Obasa noted that as representatives of the people, he and his colleague speakers have achieved major steps to strengthen democracy.

“Our efforts recently resulted in the granting of autonomy to the legislative and judicial arms of state governments.

“We want to, again, thank President Muhammadu Buhari for listening to us and acting in this regard.

“We also thank all Nigerian leaders, especially those who battled for the country’s current democracy. The likes of Asiwaju Bola Ahmed Tinubu and others made sacrifices when the country was on the verge.

“The least we can all do is to ensure that the country remains standing united,” Obasa said.