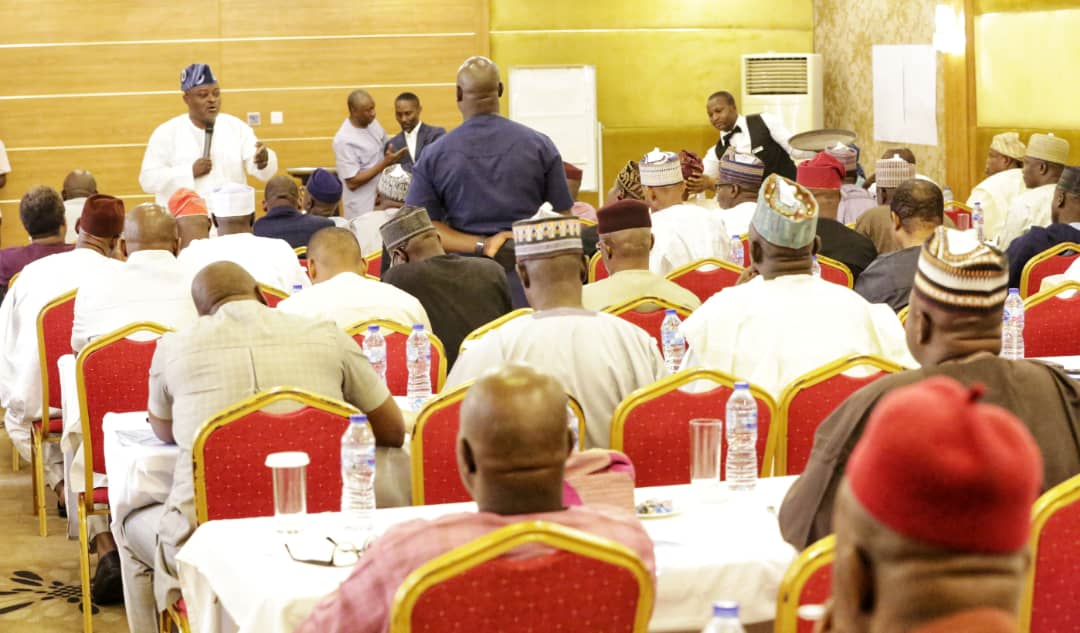 The Speaker of the Lagos State House of Assembly and Chairman, Conference of Speakers of State Legislatures Rt. Hon. Mudashiru Ajayi Obasa has urged his colleagues to get over the celebrations of their victories at the polls and their respective state Houses of Assembly and get to the nitty gritty of delivering service as Speakers of their respective State Legislatures.

Rt. Hon. Obasa stated that thus, the Speakers’ gathering in Abuja on Tuesday will concentrate on ensuring that the leaderships of all the recently inaugurated state Houses of Assembly in the country share the same understanding of the vision and efforts of the Conference of Speakers and agree on a road map moving state Parliaments forward towards achieving greater heights in service delivery.

The Conference of Speakers’ Chairman stated this while welcoming the Speakers at a reflective meeting in Abuja on Tuesday.

According to him, “Evidently, this sitting will be an inaugural one for the new Speakers as well as an avenue to intimate you all with what we have been doing particularly concerning the issue of financial autonomy for the State Legislatures in Nigeria and its implementation”.

Rt. Hon. Obasa said that the financial stability of State Legislatures is sacrosanct as it is the catalyst for good governance.

He used the opportunity to admonish all new Speakers of their commitments to uncommon developments in their various states and by extension Nigeria.
He therefore implored the Speakers to make sure that the well-being of the people is paramount in their daily activities.

He said, “let me remind us some of the pending issues that are yet to be resolved like the constitutional amendment that was ongoing during the 8th Assembly in the Senate and House of Representatives as well as State Police.

We should all work together in the current Assembly to continue with the process of constitutional amendment, which is geared towards enhancing the well-being and improved standard of living of our people”.