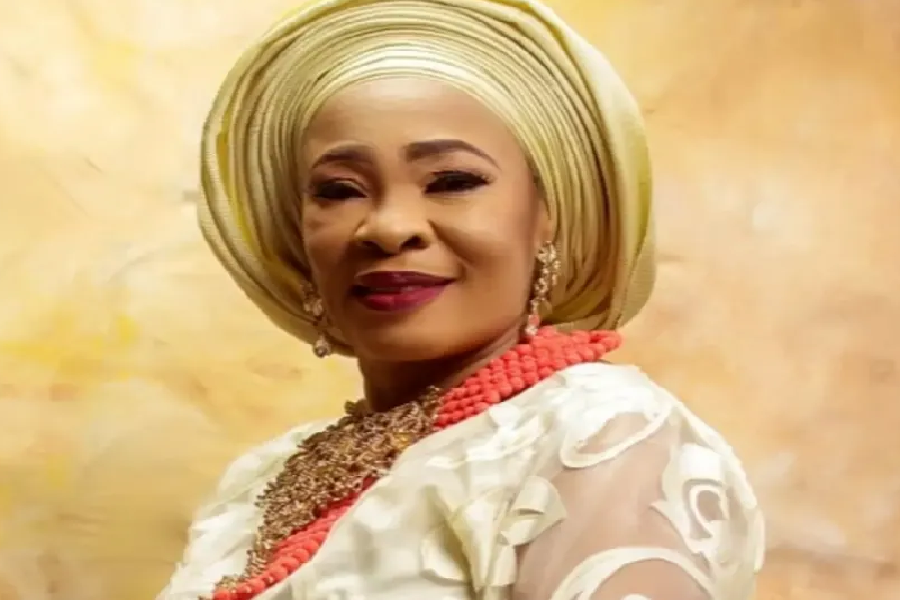 The Lagos State House of Assembly on Tuesday mourned the passing of a former member, Hon. Risikat Adegeye.

This was as the Speaker, Rt. Hon. (Dr) Mudashiru Obasa, described her demise as the “fall of a shining star.”

Adegeye, wife of respected musician, King Sunny Ade, was said to have died in the early hours of Tuesday after battling a brief illness.

The Speaker, in a statement by his media office, said her death was shocking and that the incident had thrown him and his colleagues into mourning.

According to Obasa, Mrs. Adegeye, a philanthropist, died at a period she was still very relevant to the progress of Lagos.

“As a member of the Lagos State House of Assembly, she had a very robust relationship with her colleagues.

“Madam Adegeye bonded with staff and management of the Assembly. She was always jovial and loved everyone irrespective of status. She touched lives. She truly did.

“She also played very vital roles to the growth and development of Lagos.

“Even after leaving office as lawmaker, we could not just allow her wisdom to lay fallow. She was appointed as Commissioner in the Lagos State House of Assembly Commission where she again brought her experience to bear in the scheme of progress in the legislature and governance of our dear State.

“To say we are shocked is an understatement. The feeling her demise has brought us is beyond description. It is a huge loss to us and to the State. Indeed, a shining star has fallen, a wisdom-filled person has left us.

“As we continue to mourn her demise in the days ahead, we take solace in the fact that she touched lives positively, she served Lagos with passion and was very dedicated to her constituency.

“We at the Lagos State House of Assembly pray for divine strength for her husband, her children, her beneficiaries and all those who are affected by this loss.

“May God grant her a special place in His kingdom, amen.”

While at the House of Assembly, Hon. Adegeye, a loyal member of the All Progressives Congress (APC), represented Amuwo-Odofin Constituency 1.