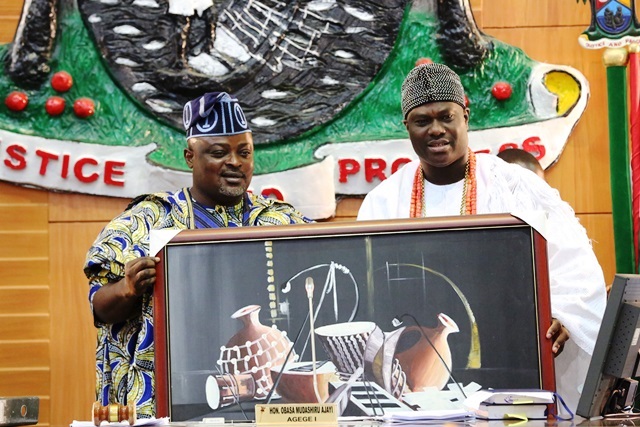 The Speaker of the Lagos State House of Assembly, Rt. Hon. Mudashiru Obasa, has restated the commitment of the Assembly to the promotion of Yoruba language and the culture of the Yoruba people.

Rt. Hon. Obasa spoke on Thursday at the plenary session of the Assembly where the Ooni of Ife, His Imperial Majesty Adeyeye Enitan Ogunwusi (Ojaja ll) was a special guest.

At the sitting, Obasa assured the foremost Yoruba monarch that he and his colleagues in the Assembly will continue to work to promote the Yoruba language and culture.

“We’ve started conducting our Thursday plenary sessions in Yoruba. We’ve gone ahead to organised the Yoruba Stakeholders’ Summit and we will ensure that the teaching of Yoruba language becomes compulsory in Lagos State. We will not relent and we will continue to do more so that our dear language will not go into extinction,” he said.

“I’m highly impressed and indeed with what you have done, the Lagos State House of Assembly has become role model for others in the country in the area of culture promotion,” Ooni Ogunwusi said.

The programme was concluded with exchange of gifts between the Speaker and his visitor.