Office of the Speaker

Lagos State House of AssemblyOffice of the Speaker

The Speaker of the Lagos State House of Assembly is its Political Head. Elected by the Members of the Assembly, the speaker's statutory duty is to preside over the sitting and deliberations of the Assembly. The Speaker also represents the voters of his or her constituency. Since inauguration of the state House of Assembly on October 2, 1979, there have been 9 legislative Assemblies with 6 representatives holding the office of Speaker. The Speaker of the 1st Legislative Assembly was Rt. Hon Oladosun Oshinowo and the incumbent speaker is  RT. HON. (Dr) MUDASHIRU AJAYI OBASA

KEY RESPONSIBILITIES AND DUTIES OF THE SPEAKER

The Speaker is best known as the person who keeps order and presides over the affairs of the House and guides the proceedings impartially.

The Speaker takes the Chair on every Legislative day. He has full authority to make sure Members follow the rules of the House during proceedings.

Aside from duties relating to presiding over the House, the Speaker also performs administrative and procedural functions.

The Lagos State House of Assembly's information office deals with inquiries about the Speaker's Office. 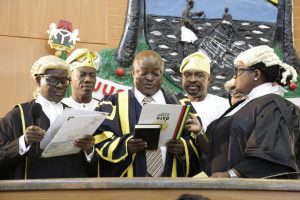 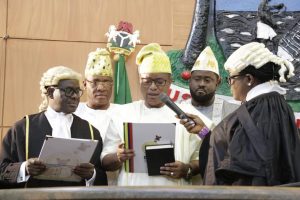 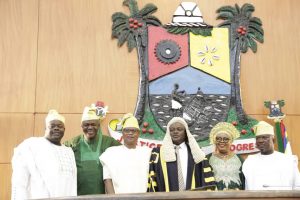