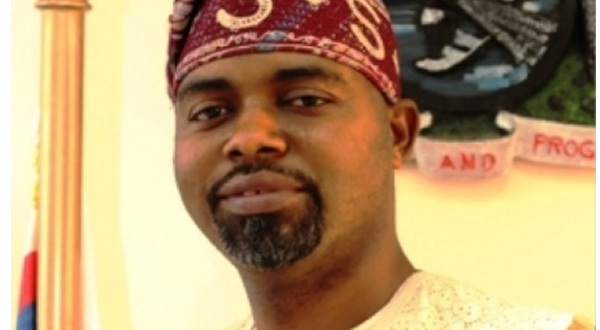 The Chairman, Lagos State House of Assembly Committee on Health
Services, Hon. Segun Olulade, has commiserated with the families of
the late Dr. Allwell Orji, who recently committed suicide in Lagos due
to alleged depression.
Olulade, who represents Epe Constituency II in the House of
Assembly, sympathized with the families of the late Medical Doctor
over the loss, just as he prayed that God would console them and grant

them the strength to bear the irreparable loss.
Reacting to the Orji’s untimely death, the lawmaker expressed
disbelief, wondering what could have prompted the young Medical Doctor
to take his own life.
He explained that depression, which was said to have been responsible
for the Orji’s death should not be taken with levity. “People should
know that depression is more than just a low mood. It’s a serious
condition that affects your physical and mental health.
“Depression is intense feelings of sadness and other symptoms, like
losing interest in things you enjoy, may last for a while. Depression
is a medical illness because it affects how you feel about yourself
and makes life more difficult to manage from day to day.
“Depression can be due to a number of factors including stresses which
can range from mild to severe, combined with vulnerability or
predisposition to depression that can result from biological, genetic
or psychological factors.
“Not going out anymore; not getting things done at work/school; not
doing usual enjoyable activities; relying on alcohol and sedatives;
unable to concentrate; withdrawing from close family and friends are
some of the symptoms of depression. So people should try and speak out
when they are depressed instead of allowing it to lead them to taking
their lives.
“Also, our religious leaders both in churches and mosques should start
educating people about how important life is. Teachings shouldn’t be
all about making riches and wealth. Religious leaders should preach
how people can survive even during this period that the country is
Experiencing recession,” he added.