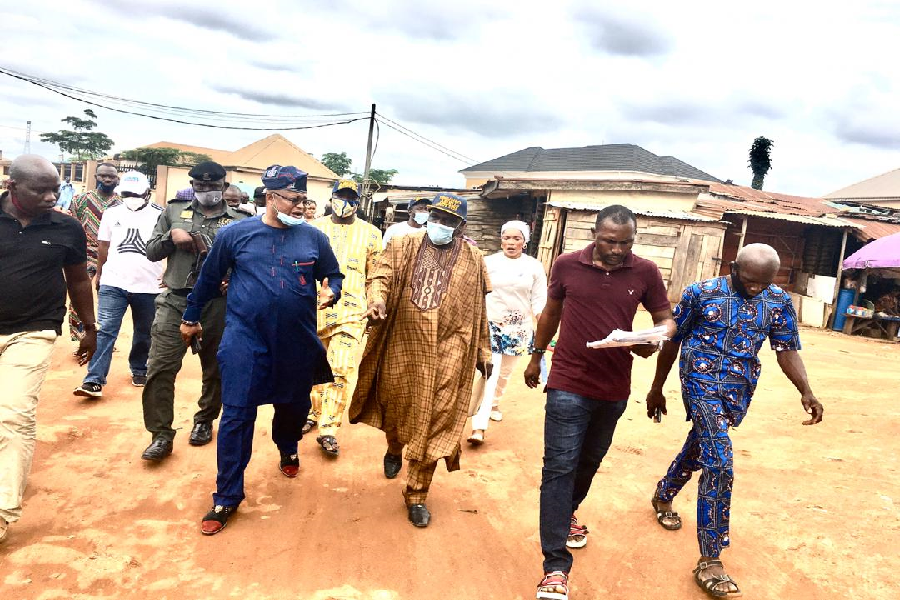 The Committee during oversight visit to Ikorodu Local Government of the State, assembled all Ikorodu Council Chairmen in a bid to resolve the boundary disputes emanating from the area. 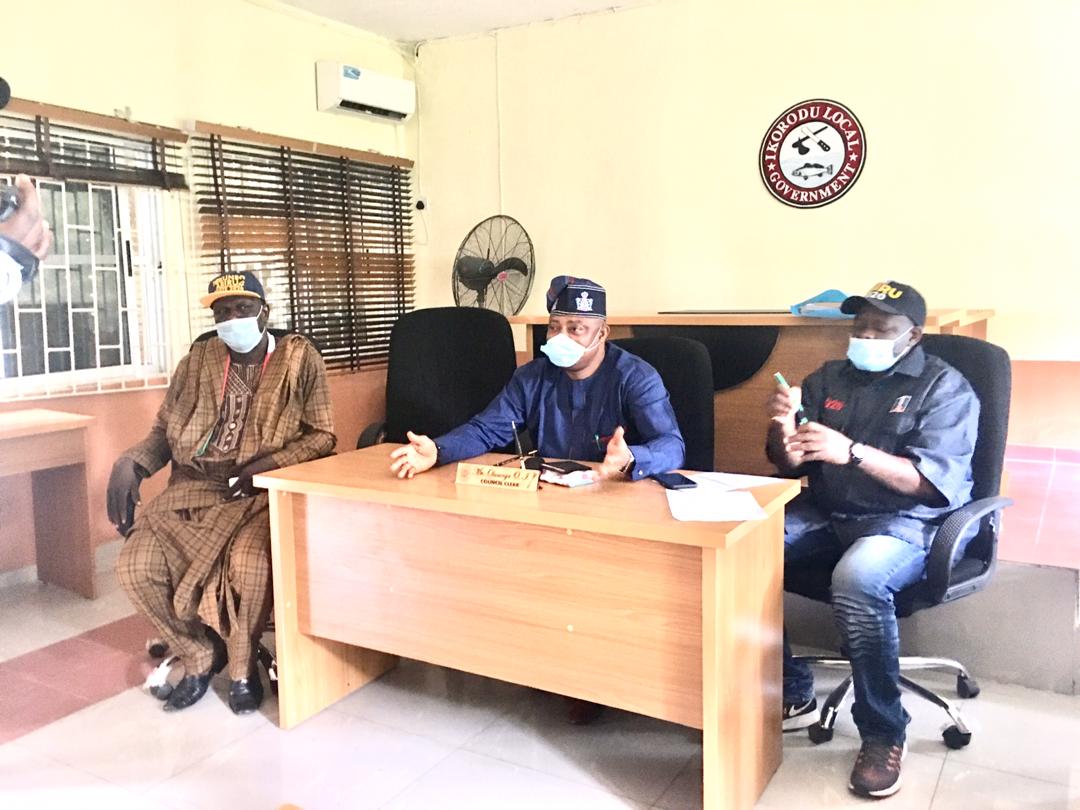 Chairman of the Committee, Hon. Victor Akande, urged the Council members to forge a synergy amongst them for the advancement and development of Ikorodu Councils and Lagos State at large. He advised that representatives from each of Ikorodu Local Government and Local Council Development Area, LCDA participate in the general oversight of the boundaries, “We will need representatives from each of your wards to show us around the area in question and we want you to be rest assured that we will resolve this issue without creating favoritism nor create further misconceptions.” Akande maintained.

Earlier, a petition signed by the Chairman of Ijede LCDA, Hon. Fatiu Salisu was brought to the House of Assembly, alleging that his colleague in Ikorodu Central, Hon. Wasiu Adeshina collects the dues meant for Ijede LCDA.

While Speaking at the meeting with the Committee, Hon. Olusesan Daini, Igbogbo Bayeku Chairman, recounted that Lagos State House of Assembly in 2004 passed the Law to establish 37 LCDAs during the regime of former Governor Asiwaju Bola Ahmed Tinubu and Ikorodu Local Government was given 6 divisions namely: Imota, Igbogbo/Bayeku, Ijede, Ikorodu North, Ikorodu West and Ikorodu Central.

“There was a document issued by Lagos State Governement called “Know Your Ward” as a gazette in 1989 which listed all areas and location in every ward of the State. Former Governor Asiwaju Bola Ahmed Tinubu gave Ikorodu locations to go ahead and make a memorandum of understanding to propose how the LCDAs should be created and it was suggested to the House the delineations and boundaries to take.” He argued.

“This memorandum of agreement to create divisions in Ikorodu which was submitted to House of Assembly was signed by all the Paramount Rulers, Late Kabiyesi Oyefusi, Oba Fatola of Igbogbo/Bayeku, Agoro of Imota, Oba Oresanya of Ijede, Members of the House during the period and 19 Councillors of Ikorodu division at the time.

The map proposed that Ikorodu be divided into 8 but in the wisdom of the House and Asiwaju, 6 was apportioned. The map stated that the area in contention belongs to Igbogbo/Bayeku as well as a gazette of Western Region printed in 1950 and in 1980 supported that the areas are of Igbogbo/Bayeku and as at January, 24 2008, Justice Abdulfatai Afolabi Adeyinka rtd, Chairman of LASIEC issued a document called “To guide polling unit collation centre in Lagos State” to conduct election by LASIEC in Lagos and all the areas in contention belonged to Igbogbo/Bayeku.” He narrated.

Hon. Olusesan Daini therefore promised to furnish all necessary documents to back up his claims and assist the Committee to critically access the boundaries. He further asked that the Committee be fair in their resolution.

Speaking from the electoral polling unit angle, Mr. Adedotun Olabode, Electoral Officer in charge of Ikorodu LG and LCDA represented LASIEC Chairman, Hon. Justice Ayotunde Philips rtd. stated that LASIEC is been guided by three Laws in the 1999 Federal Republic of Nigeria constitution as amended, Electoral Acts and Local Government Administration Law which created the LCDA and LG as well as the LASIEC Law.

He said, “LASIEC is not interested in boundary disputes, but will shed light to the Committee on the divisions of wards in terms of elections.” There are 19 Registration Areas, RA. Ikorodu Local Government has 5 RAs which LASIEC divided into 7, Ikorodu West LCDA has 1RA which is Ipakodo. Ikorodu Local Government in INEC has Isele1, Isele2, Isele3, Agoijumu, Agbura Ipomi, Apagura which are under dispute. Ikorodu North LCDA has 5 RAs from INEC, Igbogbo/Bayeku has 4RAs which are Igbogbo1, Igbogbo2, Bayeku, and Oreta. Under Imota, the RAs are Imota1, Imota2 under INEC but LASIEC divided it into 4 wards and also Ijede LCDA which is also in contention which is divided into 4 wards including Ijede1 and Ijede2.”

He disclosed that LASIEC uses INEC Poll guide and a lot of documents which predates 1999 constitutions. LASIEC did not for any reason change the Wards or Registration Areas as contained in INEC Poll guide and Igbogbo1 under INEC has 11 Polling Units, PUs, Igbogbo 2 has 19 PUs, Bayeku Oreta has 11 PUs, Ibeche has 8 PUs.”

Hon. Agunbiade Sanai, the Majority Leader of Lagos Assembly, who was also present at the meeting, implored the Chairmen that Ikorodu division should maintain one voice in terms of development in the area.

“I want to appeal to all the Chairmen of Ikorodu Local Government to settle this issue amicably, there should be a bond that will bring us together because we are brothers. This boundary should not cause misunderstanding or rift. We need to look at the fundamental issues with one voice and resolve the matter in such a way that will not further deepen unnecessary insinuation.”

“These boundaries you are contending does not have any mineral resources and the more land and population you clamor for, the more your problem. Ikorodu receives little allocation from the federal government as it is and we need to make use of the little amount of money to develop infrastructures, so that the constituents can enjoy dividends of your leadership.” He asserted.