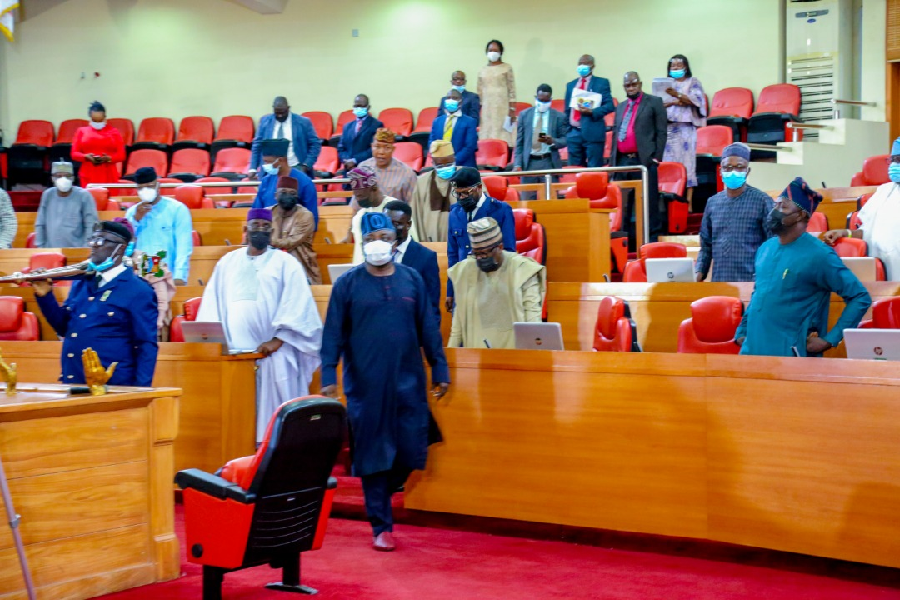 The Lagos State House of Assembly on Monday condemned the crises in the Plateau and Imo Houses of Assembly calling on President Muhammadu Buhari to rise up in defence of the country’s democracy.

The lawmakers, who spoke during plenary, condemned the alleged interference of the executive arm of the Plateau state government in the legislature.

They also called on the Senate President, Ahmad Lawan, Speaker of the House of Representatives, Femi Gbajabiamila, the Attorney-General of the Federation, Abubakar Malami, and others to ensure that the crises are resolved and all those who took part in the impeachment of the Plateau Speaker brought to book.

The lawmakers further urged the Conference of Speakers of State Legislatures in Nigeria to stop recognising any lawmaker who emerges Speaker from such illegalities like it happened in Plateau where only six members supposedly impeached the Speaker, Nuhu Ayuba Abok. 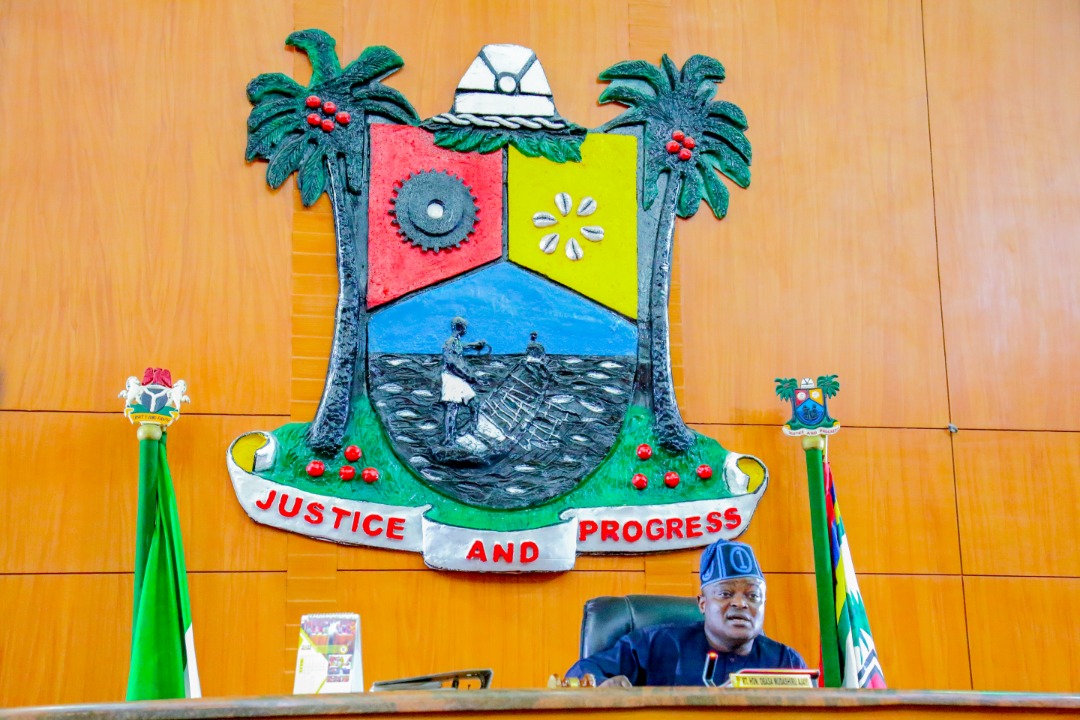 Speaker of the Lagos Assembly, Rt. Hon. (Dr) Mudashiru Obasa, who presided over the sitting, said every well-meaning Nigerian must speak against the impeachment of the Plateau Speaker, which has led to the Assembly being under lock and keys.

According to him, the manner he was impeached leaves more to be desired.

“The parliament is the eyes and ears of the people. The impeachment is something we all have to rise up against. It happened in Edo and it has not been resolved as we speak. The roof of the Assembly was removed. The majority members are now residing in Abuja while the minority members are in charge.

“Now we have Plateau and we are talking about Imo state. Where is our democracy?

“It shows that it is not a fluke that the Lagos Assembly is above the common standard of excellence. If we don’t criminalise this across the country, it will continue,” he said.

Obasa also commended the Inspector-General of Police, Usman Alkali Baba, for removing the police commissioner in Plateau after allegations that the latter played a role in the crisis.

He called for the opening of the House for plenary activities, because, according to him, no state can be without a parliament in a democracy. 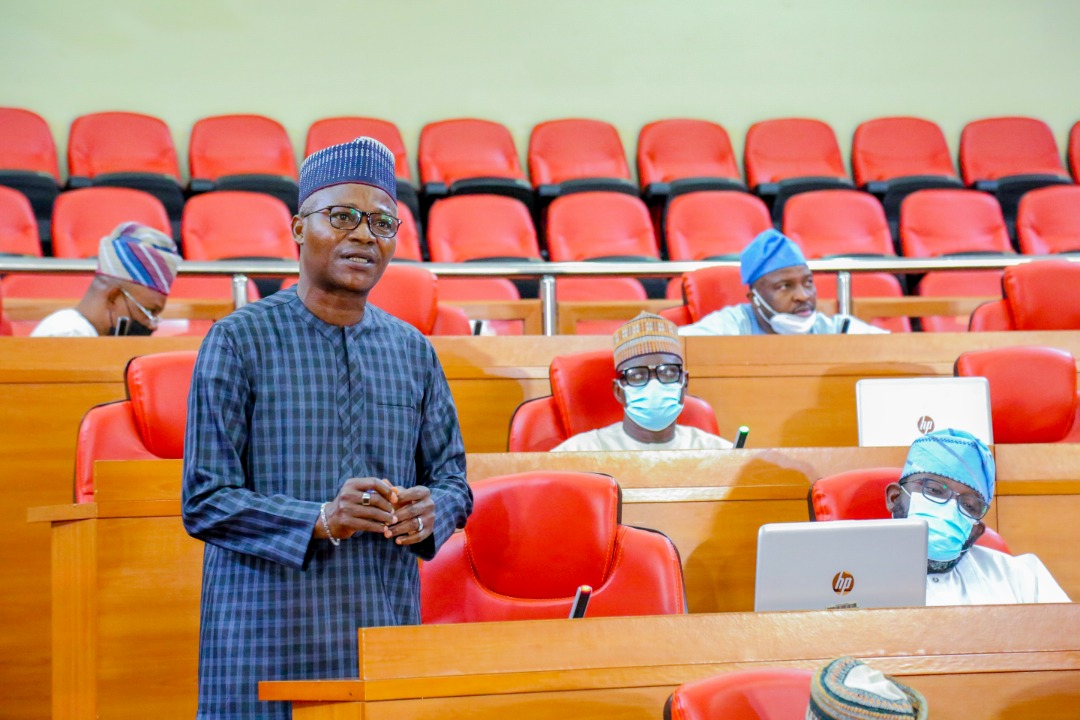 Hon. Rotimi Olowo, who moved the motion under ‘Matter of Urgent Public Importance’ said he was worried that in Plateau, the legislature which is the bastion of democracy is under attack.

According to Olowo, a situation where the executive tried to trample on the legislative arm is not good enough.

He noted that the Speaker of the state was impeached because he and others raised issues about insecurity in Plateau.

“Everyone is now pointing fingers at the governor of the state who was also impeached as Speaker and who is supposed to know more about the sanctity of the parliament,” he said.

“With the concurrence of my colleagues, I want to say we condemn the invasion of the House and we also condemn the purported impeachment of the Speaker,” he said. 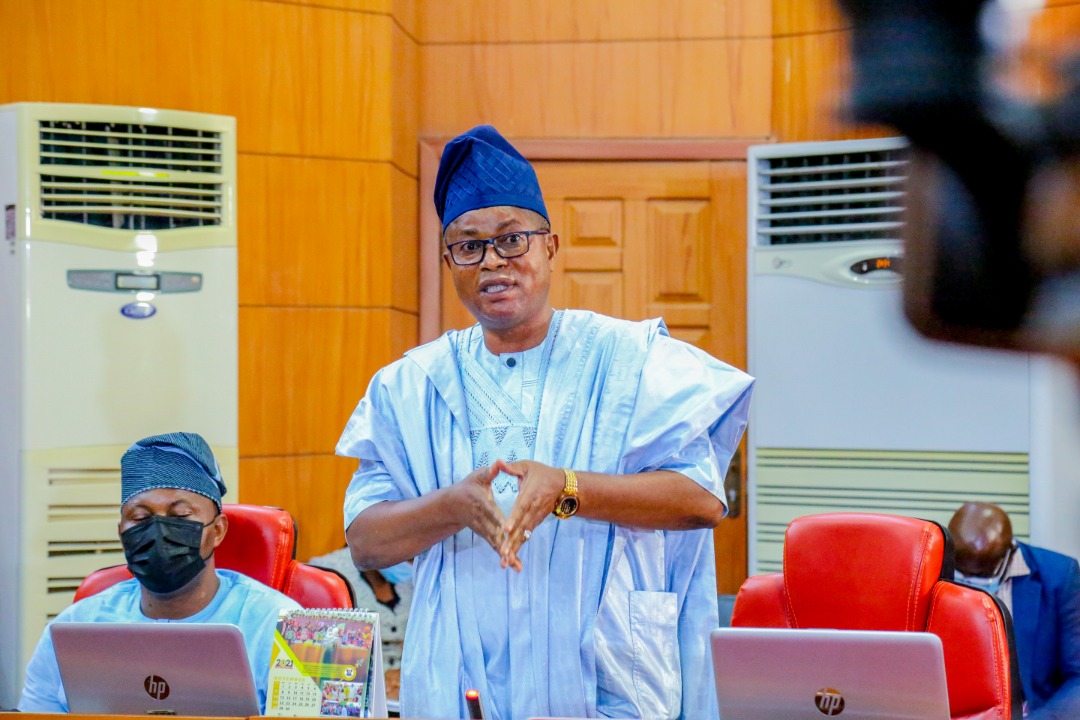 Deputy Speaker of the House, Hon. Wasiu Eshinlokuni-Sanni, also condemned the impeachment of the Plateau Speaker noting that the position of Lagos Assembly when the constitutional review committee visited Lagos was that undue interference of the executive in the legislature should be criminalised.

He said even the policemen who took part in the whole issue should be prosecuted adding that the judiciary can also help hasten related matters brought to the courts. 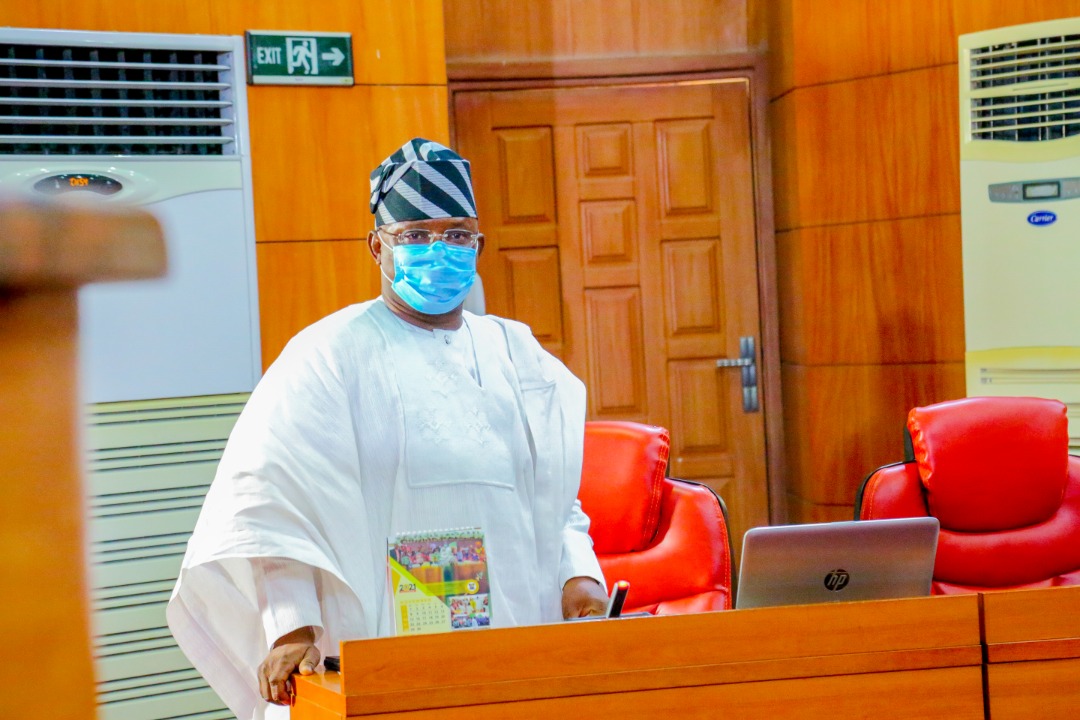 The Leader of the House, Hon. Sanai Agunbiade, said impunity is developed anywhere illegality is condoned.

He said he expects the Speakers Conference to dissociate itself from what he said should be treated like a coup with the beneficiaries prosecuted. 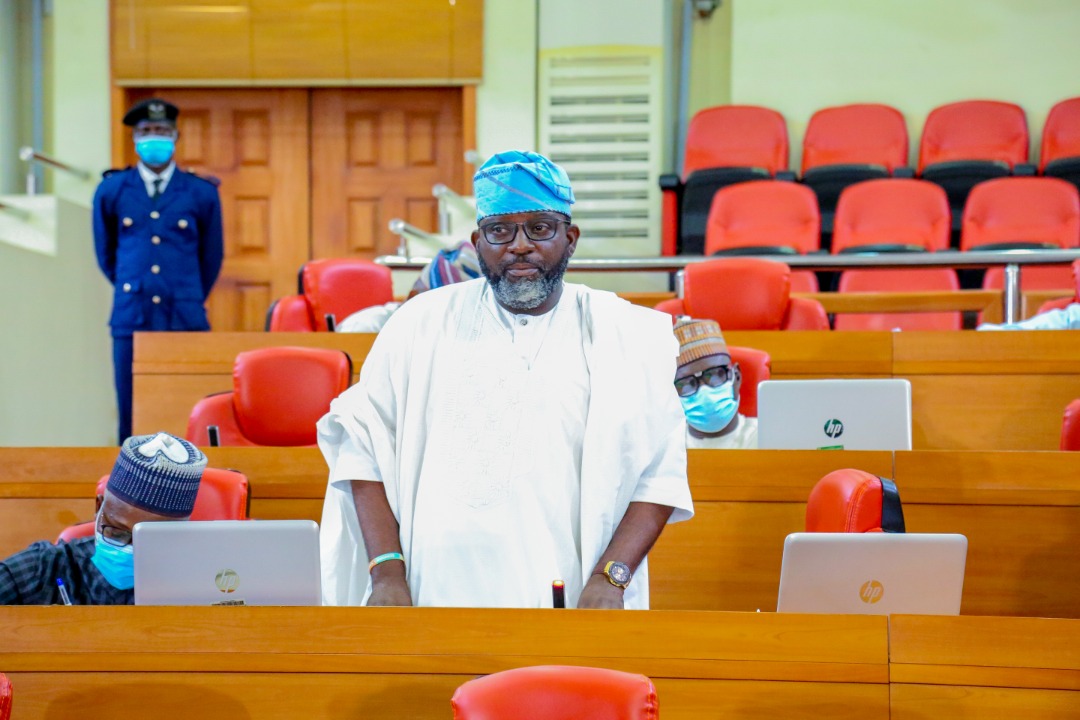 In his contribution, Hon. Adewale Temitope said after over two decades of democracy, it was shameful what happened in Plateau state.

“It goes to show that we are not ready to uphold the constitution of the Federal Republic of Nigeria as amended,” he said adding that what happened was condemnable and saddening. 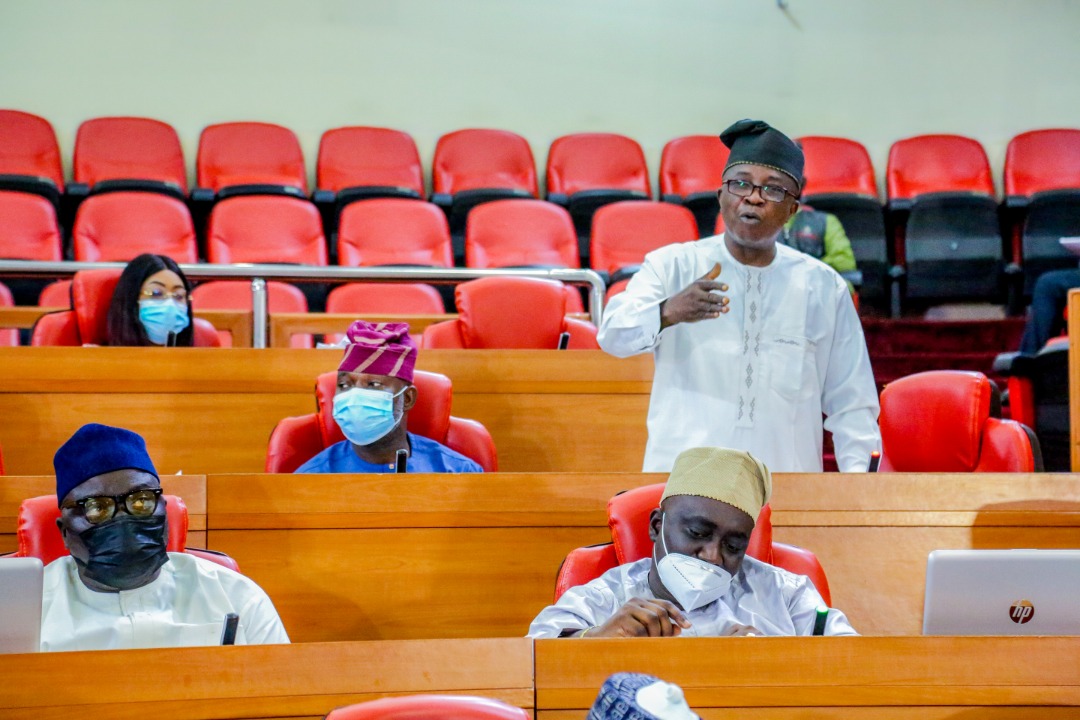 He said it was illegal for six people to conduct the business of the day.

Others who condemned the crisis in the Plateau Assembly include Hons Lukemon Olumo, Owolabi Ajani, Richard Kasunmu
Kasunmu, Victor Akande and Femi Saheed.