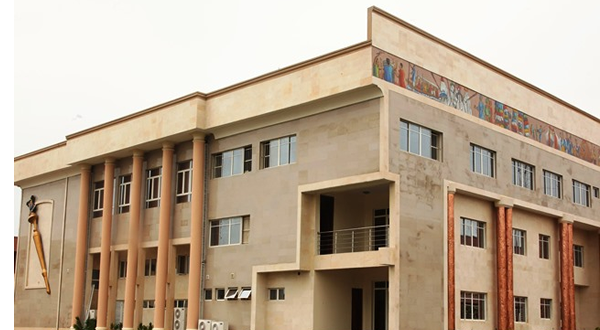 The Lagos State House of Assembly has said that 20 per cent advance payment for public procurement activities is outdated and that this has affected delivery of projects in the state.

This was disclosed by the Speaker of the House, Rt. Hon. Mudashiru Obasa at the Public Hearing for a Bill for A Law to Amend the Lagos State Public Procurement Agency Law organised by the House on Thursday at Lateef Jakande Hall, Assembly Complex, .

The stakeholders meeting was organised by the House Committee on Finance, led by Hon. Yinka Ogundimu representing Agege Constituency II.

Obasa stated that the review was aimed at making the law more functional and ensure that people-oriented projects were delivered speedily in good quality.

The speaker, who was represented by his deputy, Hon. Wasiu Eshilokun-Sanni said that the procurement was all about accountability, probity as well as reduction of corruption.

He said that the house wanted to work for the people of Lagos by having a procurement law that with serve the people and ensure speedy delivery of infrastructural projects.

“There are projects that require speedy completion. The delivery of government projects within reasonable time is key to the house.

“Our people desire services as earlier as possible. There are projects the government wants to finish in time, 20 percent (advance payment) cannot work again, the law has to be dynamic.

“We will ensure increase in the mobilisation fee for projects. The job cannot be completed in time with 20 per cent mobilisation. We cannot forget that our people need to do jobs and their capacity is limited.

“Government money should be accounted for and should also be used for what it is meant for. We want procurement in Lagos to be seamless and work for the people,” he said.

Reviewing the bill, the Majority Leader of the House, Hon. Sanai Agunbiade, the House has identified 10 laws of the state to be reviewed to give Lagosians a cleaner and more functional laws for the benefit of the people.

He said, while reviewing the Bill, that the amendment affected section 4, which affected appointment of the Board by the Governor subject to the confirmation of the House to have best hands.

The proposed amendment also affected section 18, 19, 31, 32, 33 and 63 of the Principal Law which deleted 20 per cent of advanced payment and replaced by 40 per cent considering the present reality.

In his words, the Commissioner for Finance, Hon. Akinyemi Ashade Lagos State described the proposed amendment as progressive and proactive.

According to him, the Board of the Procurement Agency has also considered an amendment to the law to aid performance in terms of transparency and speedy implementation of projects.

Ashade said that the public procurement, apart from ensuring accountability and probity, ensures value for money and speedy delivery of projects.

The stakeholders took turns to commend the House for the proposed amendment, saying it would enhance better performance of procurement processes in the state.

A project engineer, Dr. John Ekundayo, who hailed the lawmakers, added that even with 40 per cent proposed advance payment, there were still some hiccups the affect projects delivery due to the nature of payment.

Ekundayo said: “40 per cent is good but there are some key projects the required even more. Some projects are key and need more to ensure quick delivery. I suggest 70 per cent.”

Deputy Director, Procurement in the state Ministry of Energy and Mineral Resources, Dr. Bunmi Oladipupo said there was a need to change of the head of the agency Director General or Permanent Secretary as against General Manager.

Mt Fatai Idowu of the Public Procurement Agency, however, urged the house to make 40 per cent mobilisation fees maximum because of numerous projects that might be begging attention.

“Let 40 per cent be maximum but it could be less so as not to affect other projects. When we evaluate, we must consider financial capacity,” he said.

Mr. Mumuni Eshinlokun from the Local Government Commission called for domestication of the law for local government to work more efficiently.

Responding to the call for domestication of the Public Procurement Law at the local government level, Obasa said that the house would consider it, urging stakeholders to submit their memoranda.

Earlier in his address, Ogundimu, who noted that the House was looking at the some laws of the state to make them better, said the procurement law was very important to have a better state because of its links to the infrastructural projects in the state.

“For us not to have continue abandoned projects, we need to consider this law, we need your full contributions. It is part of our duties to amend our laws to weigh the impact of every law and review them whenever necessary.

“One of this is advance payment in the award of contracts for projects from 20% to 40%. That is one of the major amendment. We are here to listen to the stakeholders and we will weigh the importance of their inputs.

“We want procurement to go on without hindrance. One of the main ingredients of the economy is the government as the biggest spenders,” he added.

Meanwhile, the Public Hearing on a Bill for a Law to Establish the Lagos State Public Private Partnership Law, 2018 and for Connected Purpose was shifted by one week following the request by stakeholders over short notice.

They urged the House to give them more time to study the proposed amendment.