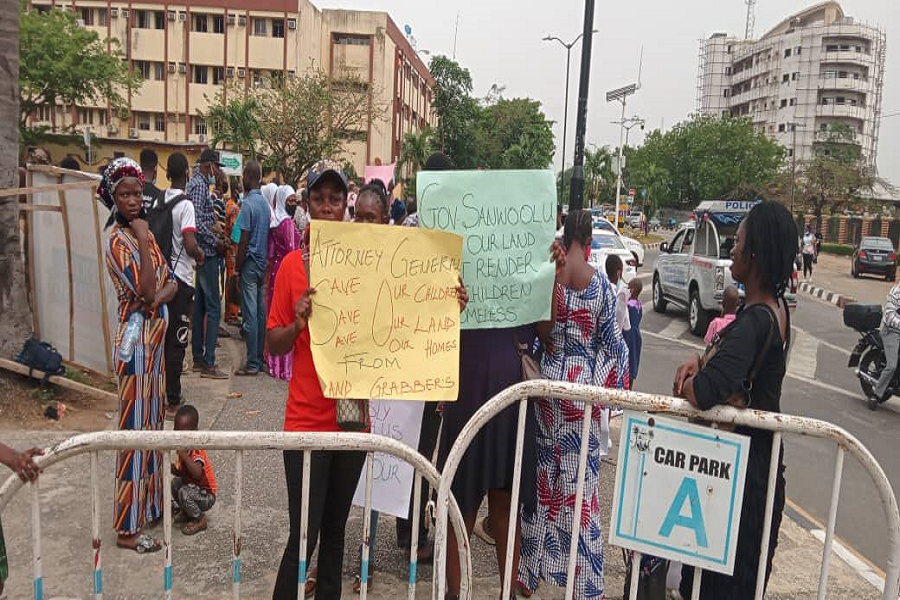 Members of the Lagos State House of Assembly on Thursday received the residents of Orimedu Community in Ibeju-Lekki area of the State over events of chieftainship ruling dispute.

The spokesperson for the community, Mr. Tajudeen Okeleji, explained that the discord happening in the community was as a result of the illegal crowning of Mr. Toheeb Abidemi Yisa nee Oyedele despite the High Court Ruling of Monday 7th March, 2022.

He added that the Orimedu community has two chieftain ruling houses, “Eko and Ijebu quarters” as a way of rotating their chieftainship which was duly registered and recognised by the Lagos State Government.

He continued that, after the ruling of the immediate past monarch, Late Oba Hamzat Atiku from the Ijebu quarters, the turn of the Eko quarters whose nominee is to be Mr. Ibraheem Olayinka Akodu, was usurped by Alhaji Bode Oyedele.

The community therefore appealed for the intervention of the House to urgently and meticulously look into the matter with a view to giving it prompt justice and see that the ideal nominee is crowned.

Addressing the protesters, Hon. Okanlawon Sanni on behalf of the Speaker, Rt. Hon. (Dr.) Mudashiru Ajayi Obasa responded that on issues such as this, “It is expected that as civil people who approach their parliament for intervention to announce their grievances; I assure you that the House of Assembly which is an unbiased parliament will dispassionately look into your petition.”

He added that the House will invite the appropriate bodies to hear from the community and ensure that justice is served.

Other Honourable Members present at the protest include: Hon. Tijani Surajudeen and Hon. Ogunkelu Sylvester.