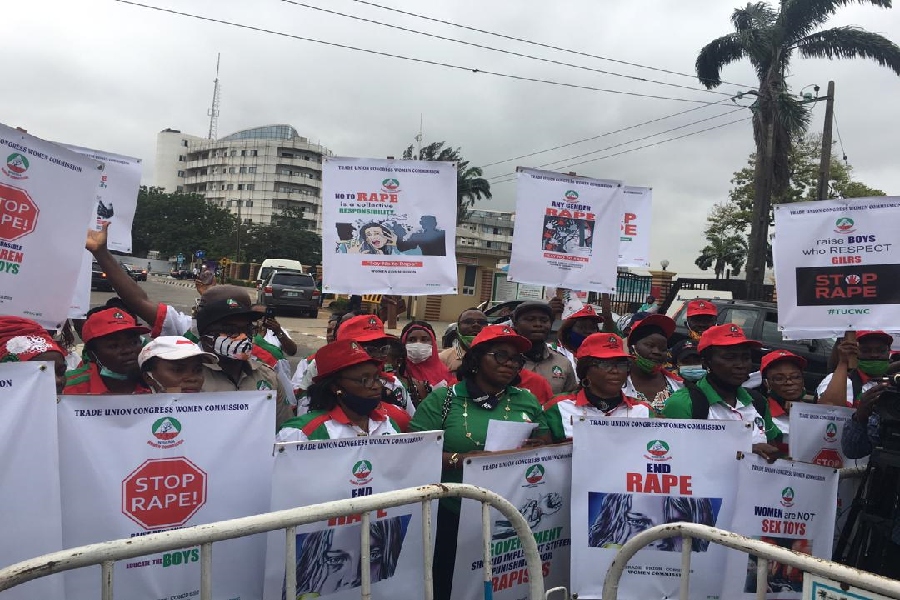 The Lawmakers of Lagos State House of Assembly on Thursday were greeted with a peaceful protest by the Trade Union Congress Women Commission who are bent on creating awareness on rape, with the theme; “Any gender can be a victim of rape”. 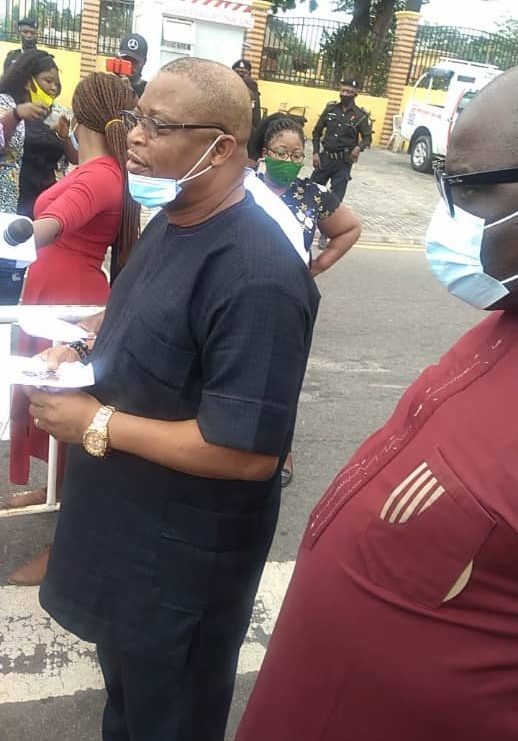 The Chairman Lagos State chapter of the Trade Union Congress Women Commission, Mrs. Yemisi Oyedele while presenting their Protest letter to the Lawmakers, expressed their pains about rate of rape incidences in the society and stated that they want the lawmakers to legislate strong penalty on “rape criminals” and to facilitate a faster action on rape cases; ”Justice delayed is justice denied” in the Chairman’s words.

She went further to emphasise “the need for the House to facilitate a merger of the State criminal offenders database with that of the federal so the individuals will not move from one State to another committing rape or different criminal acts.”

In response to the request of the protesters, Hon. Akande said the House of Assembly will look deeply into the issue as it has become a national issue and lives are endangered. He promised that their Protest letter will be delivered to the Rt.hon Speaker of the House and it will receive due attention that it deserves.

They were however enjoined to continue to maintain peace in the society and avoid violence.