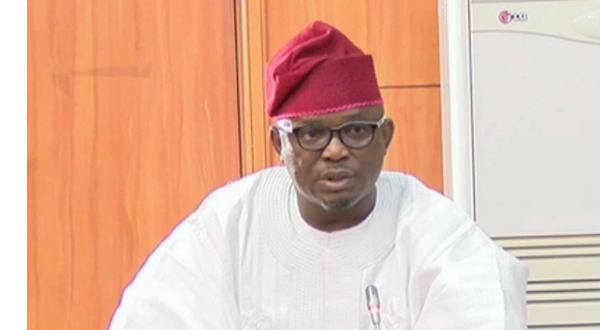 The attention of the Lagos State House Of Assembly has been drawn to the above captioned mischief currently making the rounds especially in the print and social media.

The sensational falsehood stems from the calculated, subjective and tainted misinterpretation and misrepresentation of a statement issued by the House of Assembly dated 3rd Nov 2017 with reference No LSHA/FAD/O/155/82 directed to the state Commissioner for Local Government and Community Affairs, Hon Muslim Folami.

The said letter titled APPOINTMENT OF SUPERVISORS TO THE LOCAL GOVERNMENT COUNCILS / LOCAL COUNCIL DEVELOPMENT AREAS was solely predicated at guiding the newly positioned Chairmen of Councils on the need for appropriate procedure as well as intimating them with the relevant provisions of the operational administrative guidelines which require the approval of the legislative arms of the respective councils to validate appointments into the local government executive committees.

This was deemed necessary to avoid unnecessary bickering and unpleasant corollaries that might be the consequences of an abridged process or procedure.

It is needless to say that the Lagos State House of Assembly has unreserved esteem and regards for the office and person of the Governor and the thoughtful guidance routinely issued was not in any way intended to denigrate, dissipate or disrupt the processes but rather to enrich, enhance and further establish democratic tenets and institutions by ensuring that the principles of checks and balances are replicated in the renascent Local Government system.

In the circumstances therefore, the mis-interpretation accorded the harmless action of the House of Assembly is regrettable, unreasonable, misleading, unacceptable and is hereby condemned.
The three arms of Government are clearly separated yet intricately and delicately fused. Consequently, they are inter- regulatory and inter-complimentary .

These are basic ideologies of democracy which need not be subjected to ludicrous, delusive, derisive or divisive twists.