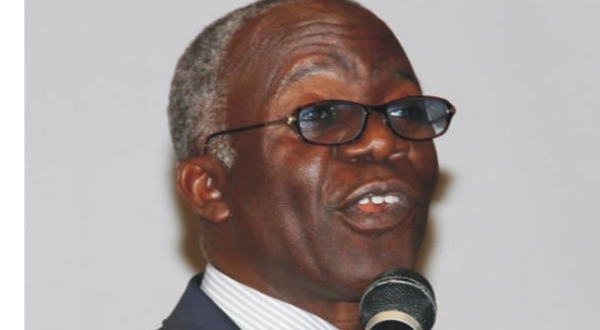 A human rights lawyer, Mr. Femi Falana (SAN) last week Thursday said that religious bodies in Lagos State would have to be compelled to comply with domestic staff law which sought to register and regulate the latter activities in the State.

Falana gave this remark during a Public Hearing on “A Bill for a Law for the Registration of Domestic Staff Service Providers in Lagos State and for connected purposes,” at the Lateef Jakande Auditorium of the Assembly.

The legal practitioner pointed out “the religious bodies would have to be compelled to be part of the law in the State.”

While commending the State House of Assembly for blazing the trail by coming up with a Bill to address problems associated with employing the service of domestic staff, he also suggested that the law should lay emphasiz on rights of domestic staff rather than their registration.

“I thank the Lagos State House of Assembly for blaizng the trail in the country by having a Bill of this nature. I hope you keep it up. We are of the opinion that the protection of the rights of domestic staff instead of merely registering them,” Falana said.

While reminding the lawmakers, of th existing laws in the State, he advised that the proposed law should be made to strengthen to the Child Rights and Domestic Violence Laws.

A representative of Nigeria Security and Civil Defence Corps ( NSCDC), Mrs Adebimpe Bada had earlier wondered how the proposed law would handle cases where Churches and Mosques would employ the service of security guards and other social servants without following official procedure.

The Deputy Speaker, Hon. Wasiu Sanni-Eshinlokun who represented the Speaker, Hon. Mudashiru Obasa stated during his keynote address that the Bill sought to take the profile of domestic staff in the State with a view to safeguard abuse and other criminal tendencies associated with it.

According to him, “We have all benefitted from the services of these people such as house help and drivers. Some of us have suffered from such act like burglary,” adding that profiling the house help would help to trace the service providers and curtail criminal tendencies.

In her welcome address, the Ad-Hoc Committee Chairman on Judiciary, Human Rights, Public Petitions and LASIEC, Hon. Adefunmilayo Tejuoso noted that Lagos takes the welfare and security of the residents very paramount, adding that that is responsible for introducing the Bill.

She explained that as husbands and wives, there might be the need to get the service of domestic staff whose activities would have to be regulated by having appropriate database on their number.

In the overview of the Bill which was delivered by the Majority Leader of the House, Hon. Sanai Agunbiade, he disclosed that the Bill is an executive one and that it has 18 sections.

Agunbiade explained that the state was poised to revert the era of impunity by getting the service of domestic staff without following due process.