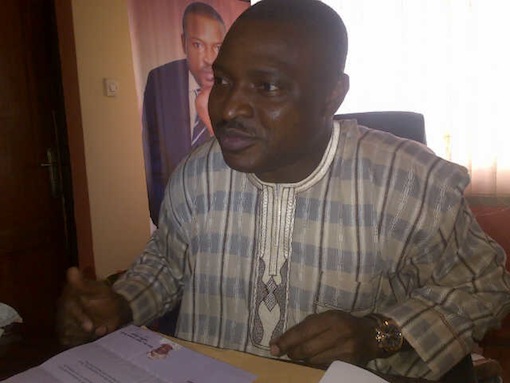 The Lagos State House of Assembly has assured residents of the state that their interest would be protected in the on- going review of Auditor General’s report on Ministries, Parastatals and Agencies (MDAs).
Speaking to journalists after the opening of the review exercise for year 2016 on Monday, Chairman of the House Committee on Public Accounts (State), Hon. Moshood Oshun said that the committee would be fair in it’s reports.
The exercise is being held at the Lateef Jakande Auditorium within the Assembly premises.
Oshun stressed that the House, under the leadership of the Speaker, Rt. Hon. Mudashiru Obasa does not cut corners or hide under one finger.
“We would guide the interest of the people of Lagos State and ensure that tax payers money is judiciously spent.
“The House would give the people the best and we will make sure that Lagos State continues to be the best.
“All hands must be on deck for the state to continue to excel. So, it is not something that can be done alone, we must all work together,” he said.
According to him, the House Committee on PAC (State) goes through the books of MDAs on an annual basis based on Auditor General’s report with the MDAs, and that their books containing income/expenditure and other variables would be properly scrutinised during the exercise.
On what the committee has observed so far, Oshun said that It was too early to make assessment, but that the MDAs have done well on the average.
He explained that there was no perfection in anything, but that everybody was just trying to reach perfection.
“You know Lagos State is above other states. We expect certain level of perfection in the state. We have asked the MDAs some information and they have been answering us.
“The Auditor General has done her job with her team, but we need to verify the report. There is something called fair hearing, we don’t want to be prejudiced, we want to hear from everybody.
“We will ask them questions, where we need clarifications, and we will applaud them where they have done well.
“However, I can say they have done well generally. The Auditors have done a good job and they have made sure that everything we need on that report is included in it.
“I want to commend the Auditor General and her team for doing a good job, they have shown that Lagos State is better than others. We are still going to work on the reports and make them available to the entire house.
The committee Chairman said further that the issue of handling technicality in the reports is being handled effectively, saying that the committee has the support of the House, which he said had employed consultants from different fields to assist them in the areas that we don’t know.
The reports, he said, are for January to December, 2016, adding that the exercise is done once in a year.
He stated that all the MDAs have full budgets, and that the committee wants to make sure that the budgets were followed to the letter and make sure that those things that should be done are done properly in accordance with financial rules.
Considering the reports of the state Number Plates Production Authority and the Deputy Governor’s office earlier, the committee directed the officials to go back to perfect their papers, which he said did not tally with the Auditors’ reports.