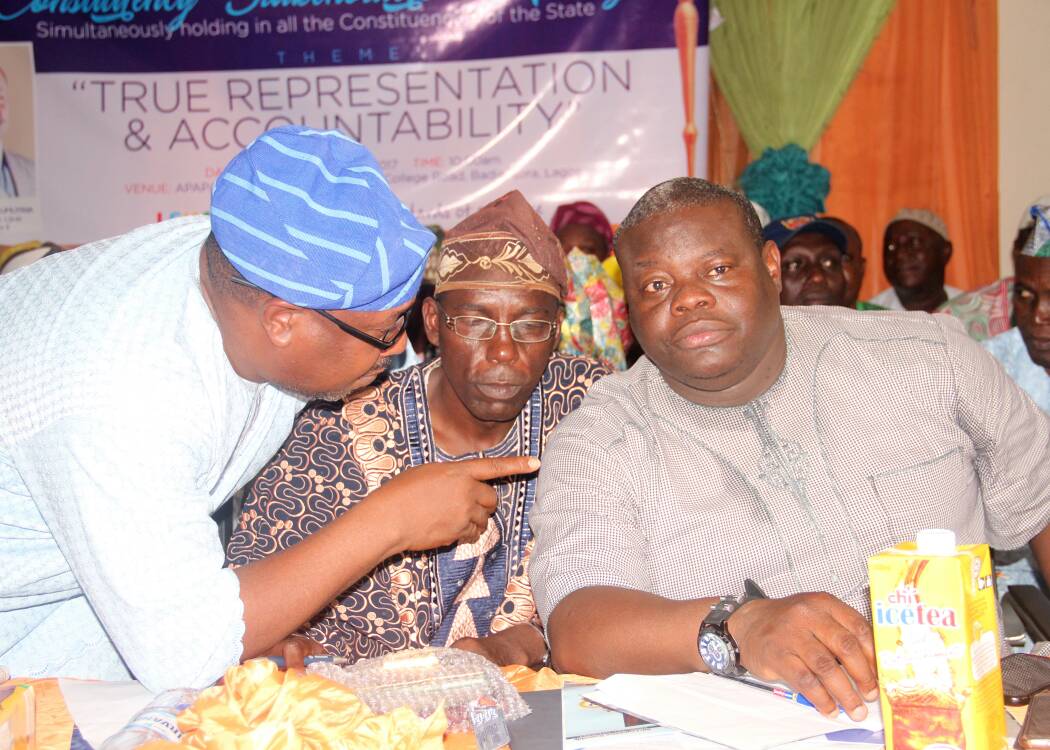 The Lagos State Government has been urged to intensify its effort in rehabilitating rural roads in Apapa Constituency 2 and increase the slots for women in both elective and appointive positions in the state.
These demands were made by participants at a Stakeholders meeting organised by the Lagos State House of Assembly and which held at the secretariat of the Apapa-Iganmu Local Council Development Area on Friday 6, October, 2017.
The stakeholders meeting is the third in the series being simultaneously organised annually in all the 40 constituencies in the state by the state assembly, and this year’s theme is; “True Representation and Participation.”
A participant, Mrs Fausat Ojora, from Ward G, said that there is need for the state government to increase the number of women in both elective and appointive positions, saying that the women constitute over 65% of voters during elections in state.
Ojora argued that increasing the number of women in elective and appointive positions would help in encouraging them in politics, saying that 40% of the positions at the state and local government levels should be given to women.
She added ”40% of public elective and appointive positions in the state should be given to us as we give 65% of the votes during elections in the state.”
Ojora however, appreciated the mass transit busses distributed to public schools by the lawmaker representing the constituency, Hon. Olumuyiwa Jimoh and implored the government to rehabilitate the bad roads in the constituency .
Another participant, Mr Jimoh Olawale, sought the intervention of the government in repairing some roads in the area such as Adekunle and Badia Roads, and urged the government to compensate those whose houses were demolished during the expansion of state roads in the constituency.
In his comment, the the Vice Chairman of Apapa Iganmu LCDA, Hon. Akanbi Balogun, spoke on the ongoing construction of local market in the council, saying further that the local government was embarking on some palliatives to make the roads motorable.
Balogun assured the people of the council of more positive responses from the local government.
In his response, Hon. Olumuyiwa Jimoh, assured the constituents that the government would rehabilitate the primary schools in the area and advised the them to pay their taxes.
Jimoh stressed that the failure of the people to pay their taxes was affecting infrastructural development in the state.
He said; ”I cannot execute projects because I am not an executive member, I am a lawmaker. But I will make sure that all your demands are put forward to the executive to act on.”
The lawmaker told the people that the Federal Government has started repairing Apapa and Ijora Roads and that the issue of congestion on the roads would be adequately handled by the government.