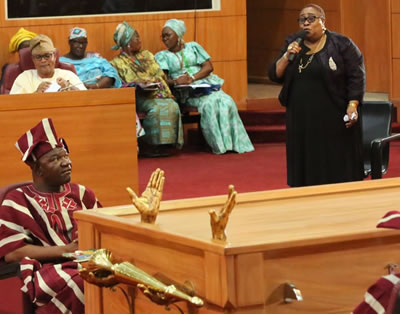 Justice Ayotunde Phillips was confirmed as chairman of the Lagos State Independent Electoral Commission (LASIEC) by the Lagos state House of Assembly at the plenary session of Thursday, 9th June, 2016.

The confirmation came after a thorough interactive session of the House with the Governor’s nominee for the esteemed position. The Speaker of the House, Rt. Hon. Mudashiru Ajayi Obasa charged Rtd. Justice Phillips to consider the new challenge as another call to serve and take it seriously as she did when she was on the bench.